Love and tragedy in the British Library: The story of Eleanor Marx and Edward Aveling Part 2

Edward Aveling was a well-known public thinker, noted for his secularist views and socialist politics. In 1882 he registered to the Reading Room at the British Museum, which set the stage for his romantic pursuits as much as intellectual ones. 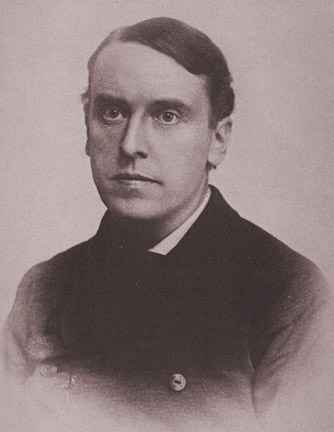 In his essay ‘Some humours of the reading room at the British Museum’, Edward suggested that ‘a special district should be set aside for ugly readers’ with a police force to ‘prevent those who were plucked and dissatisfied from forcibly asserting their right to a place amongst the well-favoured’. Aveling’s piece, written for Progress journal, displays his savage wit and weakness for ‘dainty-figured, sweet-faced women’. 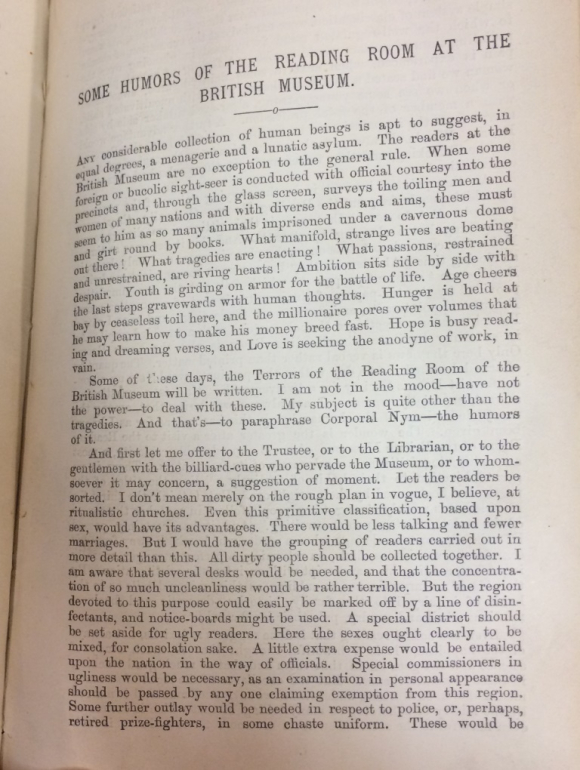 Unscrupulous, spendthrift, and reptilian in appearance, Aveling was roundly disliked by many of his peers. However, he possessed a charm that exceeded the sum of his parts, and proved an unaccountably seductive figure. In 1883, Aveling first encountered Eleanor Marx in the Reading Room, and commissioned her to write a short biography of her father for Progress. The two quickly fell in love. By June of 1884, they were presenting as married; but only unofficially, since Eleanor was under the impression that Aveling had another wife from whom he was long separated but could not divorce. As she told her friend, writer Dollie Radford:
‘Well then this it is – I am going to live with Edward Aveling as his wife. You know he is married, and that I cannot be his wife legally, but it will be a true marriage to me – just as much as if a dozen registrars had officiated…’ 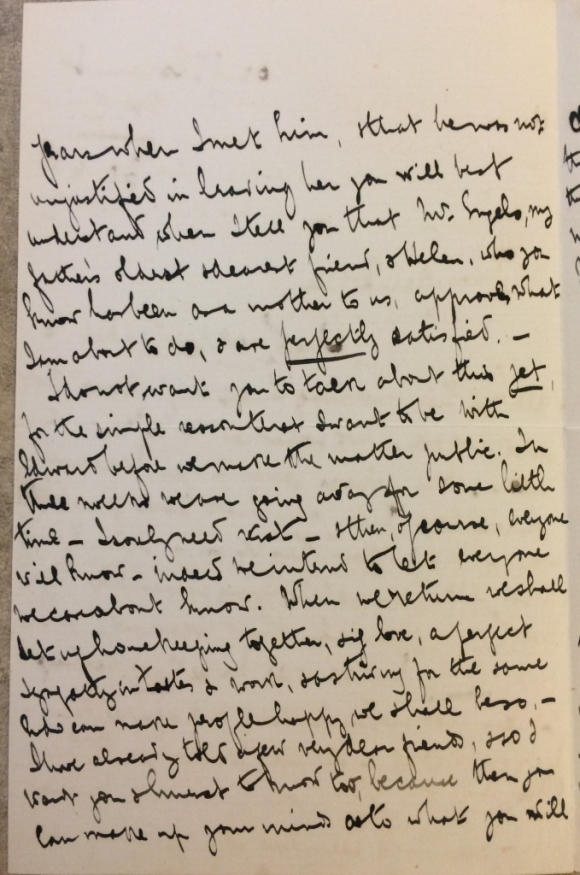 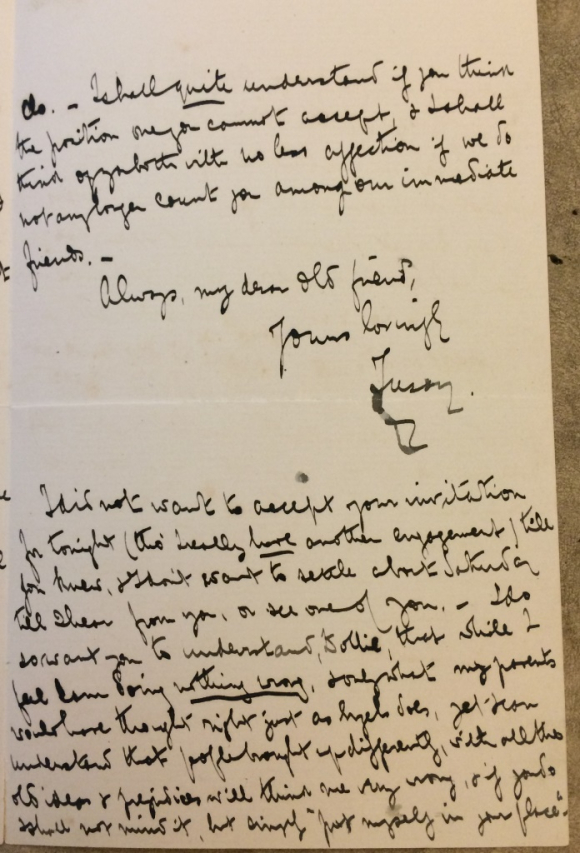 Eleanor and Edward collaborated in their political work, which included the pamphlet The Woman Question: From a Socialist Point of View. But Aveling's egalitarian mores did not extend to his home life. His hot temper, unexplained absences and frequent infidelities made a mockery of Eleanor’s devotion to him, and the values they publically espoused.

Aveling, much like Eleanor’s father Karl, was known for borrowing money. The British Library holds various records of his debts, including one of £50 to the artist William Morris. ‘I regret to say,’ he writes in a letter dated December 1896, ‘that I am not in a position to repay now. Long arrears of difficulties are still slowly being cleared off’. Eleanor shouldered the burden of Aveling’s spending, settling his scores from her own income. 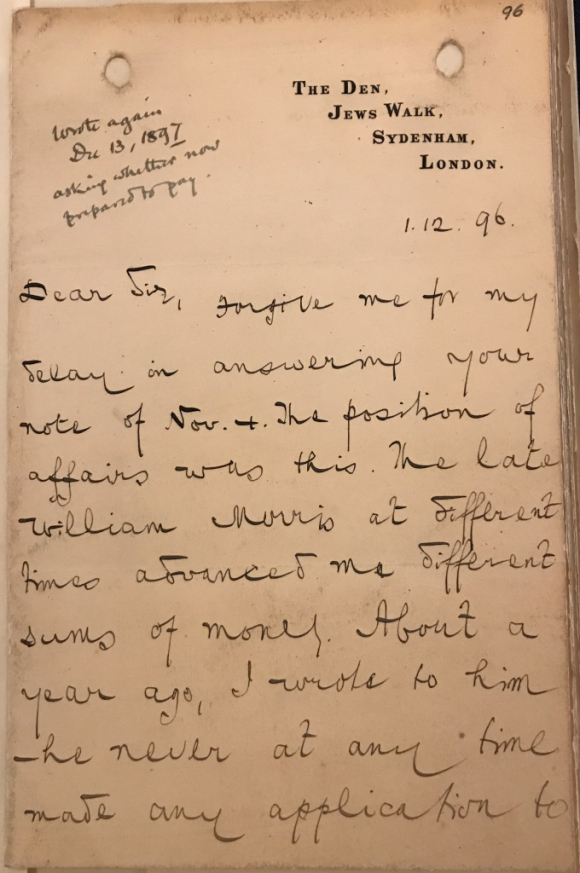 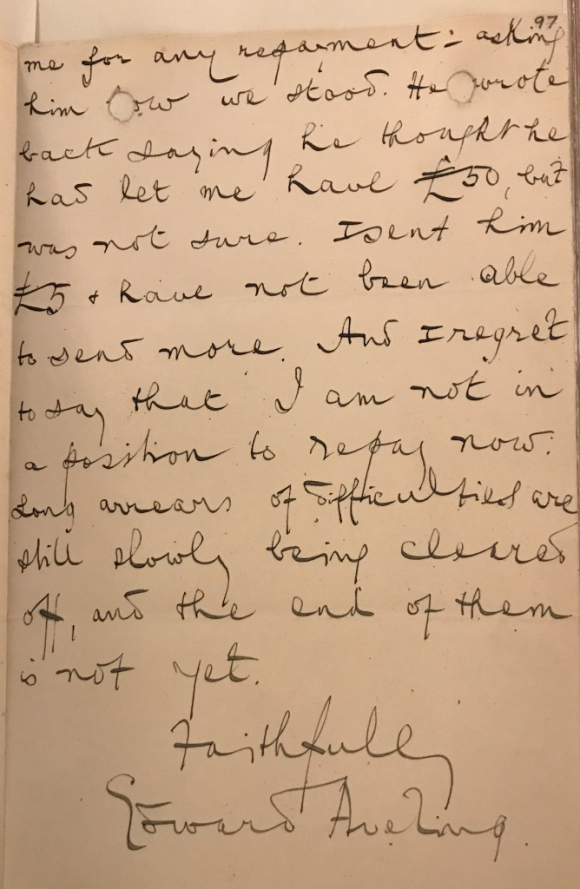 Sometime between 27 and 31 March 1898, Eleanor discovered that Aveling – under an assumed name – had secretly married his mistress, a young actress named Eva Frye. We know not how the revelation came about, but for Eleanor, it proved a fatal blow. On the morning of 31 March, she was found dead in her room, having swallowed a phial of prussic acid. Though the exact circumstances of her demise remain unclear, the socialist community generally blamed Aveling for Eleanor’s death. ‘I have little doubt in my mind,’ wrote Olive Schreiner, ‘that she discovered a fresh infidelity of Aveling’s, and that ended all. I don’t know if you know the life she had with him: she has come to me nearly mad having found him in her own bedroom with two prostitutes... I am so glad Eleanor is dead. It is such a mercy she has escaped from him’. 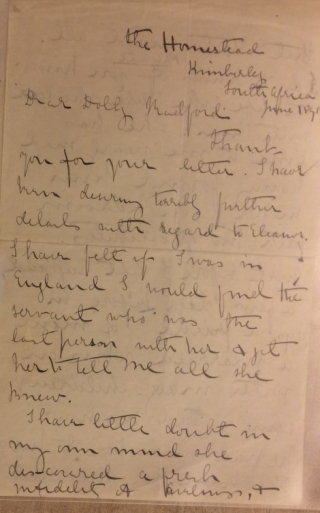 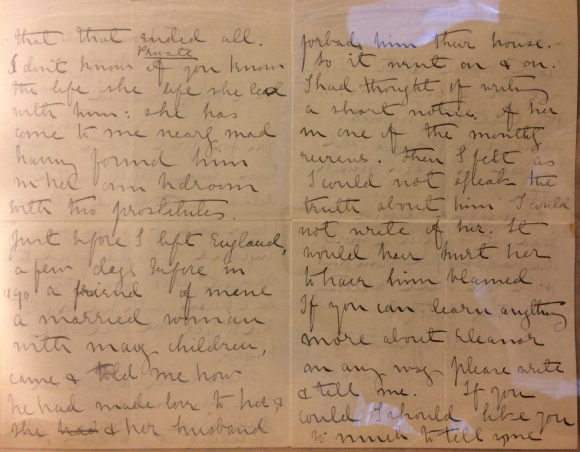 Love and tragedy in the British Library: The story of Eleanor Marx and Edward Aveling Part 1

Discover the links between the British Library and Karl Marx and his daughter Eleanor, through original documents from their work in the British Museum Reading Room and their political activism in London. Free exhibition in The Sir John Ritblat: Treasures Gallery 1 May-5 August 2018.