Papers of Edward Philips Charlewood, Officer on the Euphrates Expedition

A new collection in the India Office Private Papers has recently been catalogued, and is available to the public for research.  The papers of Edward Philips Charlewood were acquired by the British Library in 2017.  The catalogue of the papers can be found online. 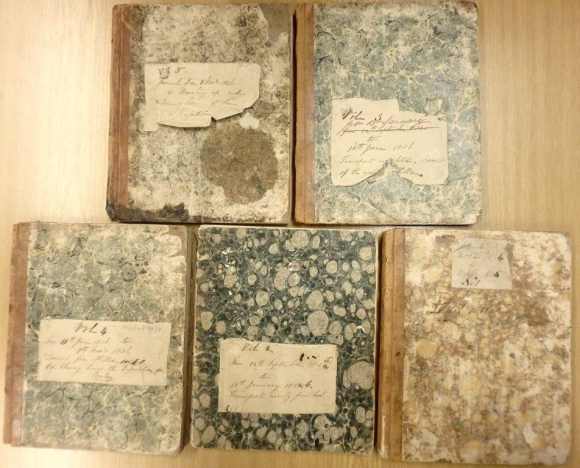 Edward Philips Charlewood was born on 14 November 1814 at Oak Hill in Staffordshire.  The son of the Rev C B Charlewood, he entered the Royal Naval College in 1827 and embarked on a long and successful career as a naval officer.  In 1834, Charlewood joined the Euphrates steamship as Acting Lieutenant as part of the expedition led by Francis Rawdon Chesney.  The purpose of the expedition was to explore the Euphrates River as a possible route to British India.  The story of that expedition is told in a previous posting on Untold Lives. 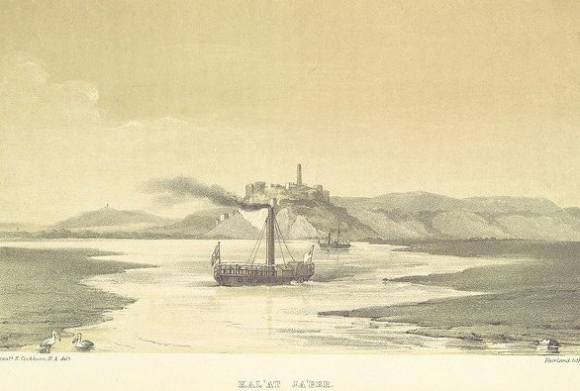 From Francis Rawdon Chesney, Narrative of the Euphrates Expedition

The collection of Charlewood’s papers includes five volumes of journals he kept from 23 November 1834 to 6 May 1837 recording his experiences during the expedition.  Additionally, there is a small collection of letters Chesney sent to Charlewood from 1834 to 1841, and 1862 to 1864. 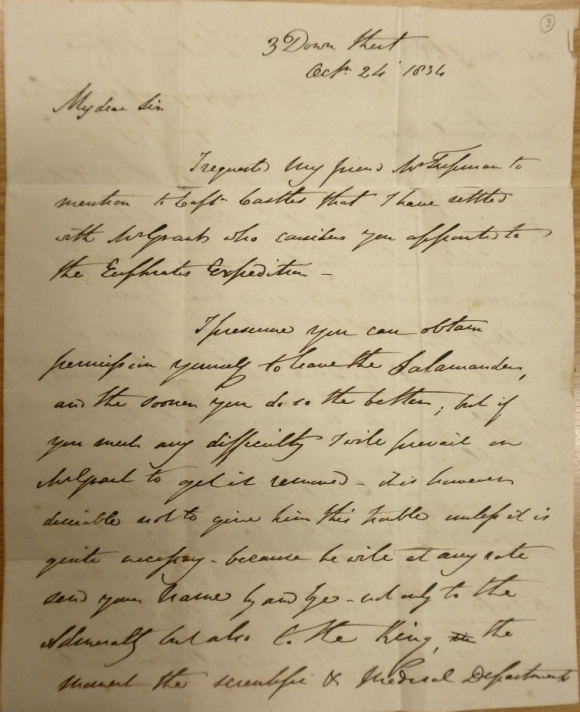 The collection also includes some papers relating to a project to establish a Euphrates Valley Railway Company. This was a project pursued by Chesney and Sir William Patrick Andrew, Chairman of the Scinde Railway Company, again for the purpose of establishing a quick and secure route to British India. The project failed because of the lack of a financial guarantee from the British Government. Further reading:
Journals and papers of Edward Philips Charlewood (b 1814), naval officer, relating to the Euphrates Expedition of 1835 to 1837, the navigation of the river Euphrates and the Euphrates Railway [Reference - Mss Eur F711]

Passages from the Life of a Naval Officer by Edward Philips Charlewood [With a preface by Henry Charlewood] (Manchester: Cave & Sever, 1869)

Francis Rawdon Chesney, Narrative of the Euphrates Expedition carried on by Order of the British Government during the years 1835, 1836, and 1837 (London, 1868)

Untold Lives post - The Euphrates Expedition of 1836: Ingenuity and Tragedy in Mesopotamia

Posted by Margaret.Makepeace at 09:00:00 in Journeys , Manuscripts , Middle East