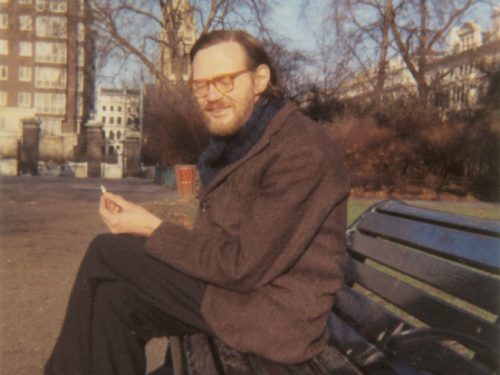 George Robert Price (1922-1975) grew up in New York before he moved to study at the University of Chicago in the 1940s. He gained his PhD in chemistry for work he had done on the Manhattan Project but later, he struggled to find a job that satisfied him and his big ideas, scientific and otherwise.

In 1966, Price was operated on for thyroid cancer but the operation didn’t go well; he had to take medication for the rest of his life. With the insurance money, he moved to England the following year. Interested in altruism and conflict, he taught himself evolutionary biology and spent his time in the libraries around London. Around March, he came across William D. Hamilton’s 1964 two-part paper on ‘The genetical evolution of social behaviour’, published in the Journal of Theoretical Biology. Finding the mathematics in it too dense for library reading, he wrote to Hamilton asking for a reprint. Unfortunately, Hamilton replied, he had none left, but instead sent a reprint of his latest article on sex ratios which dealt with similar ideas. Price in fact disliked one idea suggested by Hamilton – that people are genetically predisposed to be kindest to kin (“inclusive fitness”), which seemed to deny true, selfless altruism. He tried to disprove it, but his Price Equation ended up proving Hamilton right (and landed Price a job at UCL). The two men struck up a correspondence and friendship that would last until Price’s death in 1975.

Extracts from a 1969 letter from Price to William D. Hamilton recounting his discovery of the Price equation and subsequent employment at UCL. Copyright © Estate of George Price.

In the summer of 1970, Price underwent a religious conversion and mainly refocused his energies on Jesus and the Bible. He put himself and his faith to the test, among other things stopping to take his thyroid medication. In October 1972 he wrote to John Maynard Smith that he was ‘now down to exactly 15p and [his] visitors permit for staying in the UK expire[d] in less than a month’ – to which Maynard Smith replied, ‘I have less faith than you do that the Lord will provide. Please let me know at once if I can help.’

Maynard Smith and Price had been collaborating in what was to become their 1973 seminal paper, 'The logic of animal conflict', in which they applied game theory – originally developed in the context of economics by John von Neumann and Oskar Morgenstern – to evolutionary biology. By pitting animals against each other as in a game, supplied with strategies like probing and retaliating, and running these through a computer simulation, Maynard Smith and Price showed that it was evolutionarily beneficial for individuals not to escalate a fight and risk wounding or death.

Price’s faith eventually led him to spend his energy on the homeless in his area. After losing his flat, he briefly stayed in his office at the Galton Laboratory before moving into a squat near Euston in 1974. In 1975, he committed suicide. Hamilton and Maynard Smith both attended the funeral.

Calculating Kindness (2016). Undercurrent and Camden People’s Theatre in partnership with the British Library

Oren Harman (2010). The Price of Altruism. George Price and the Search for the Origins of Kindness. London: The Bodley Head

Posted by Catherine Angerson at 09:01:00 in Contemporary Britain , Science