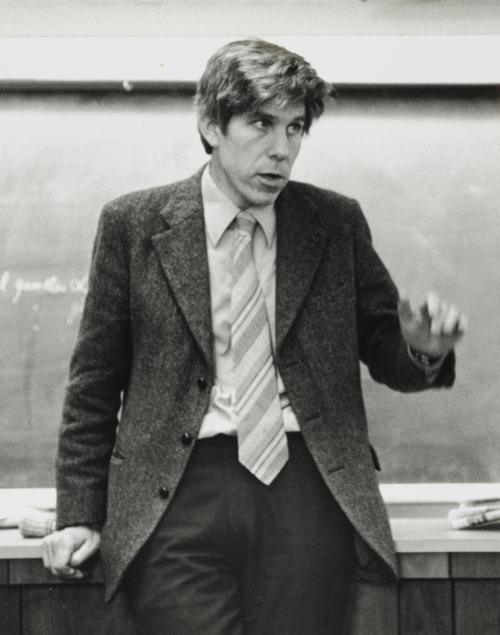 According to Richard Dawkins, William Donald Hamilton was ‘a good candidate for the title of most distinguished Darwinian since Darwin’. Hamilton (1936-2000) was an eager naturalist during his childhood years, collecting and botanising in Kent – just a few miles from where Darwin lived. He studied genetics at Cambridge and became intrigued by the ideas of Ronald A. Fisher, one of the founding fathers of Neo-Darwinism, the marriage between Darwin’s theory of natural selection and Mendelian genetics.

After Cambridge, he started a PhD jointly supervised at the Galton Laboratory at University College and the London School of Economics. In his autobiographical writings he recalled feeling lonely, unappreciated and unsupported – his project to study the genetics of altruism did not meet much encouragement. Hamilton remembered being introduced to John Maynard Smith but unfortunately, nothing came of that brief encounter. 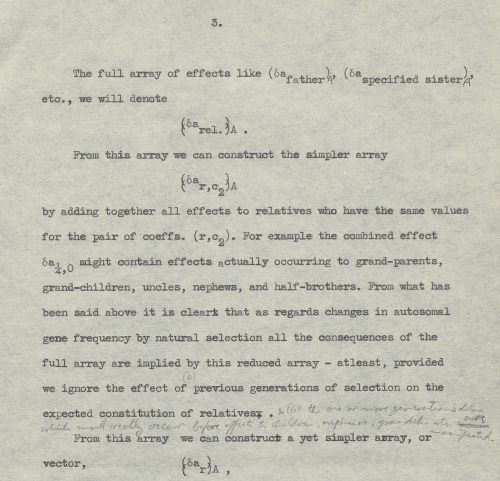 The important result of his graduate work was ‘Hamilton’s Rule’, which solved the puzzle of altruism by taking what we now think of as a gene’s eye view of nature. Altruism had been a problem for evolutionary studies since Darwin's day, as one would expect that animals want to increase their own chances of survival and reproduction, not help others increase theirs. In 1964, Hamilton published a ground-breaking two-part paper on ‘The Genetical Evolution of Social Behaviour’. 'In brief outline,' Hamilton wrote, 'the theory points out that […] a gene may receive positive selection even though disadvantageous to its bearers if it causes them to confer sufficiently large advantages on relatives' because 'relatives, on account of their common ancestry, tend to carry replicas of the same gene.' That is, altruism evolved because it guarantees that genes are passed on to the next generation through relatives, and the closer one is related, the higher the degree of altruism. For instance, you share ½ of your genes with your siblings and parents, ¼ with your grandparents, and 1/8 with full cousins.

In his later career and after some time at Michigan University between 1978 and 1984, Hamilton was research professor of the Royal Society and fellow of New College Oxford, working in Oxford's Zoology Department. Among other things, he studied parasites and their evolutionary impact. Throughout his life he undertook several expeditions to the Brazilian jungle, following his childhood natural history adventures in Kent, and later to the Congo, where he was looking for evidence regarding a theory on the origins of AIDS. Recognition for his ideas often came late, as many biologists had difficulties with Hamilton's mathematics or because the ideas were buried in obscure remarks in book reviews or papers already dealing with other topics. But his 1964 paper is now one of the most cited works in biology, and in 1993, he was awarded the Crafoord Prize (biology's equivalent to a Nobel Prize) for his work on genetics and altruism.

Marek Kohn (2004). A Reason for Everything. Natural Selection and the English Imagination. London: faber and faber

Posted by Catherine Angerson at 09:00:00 in Contemporary Britain , Science