The India Office Private Papers recently acquired the diaries of an officer who served in the Royal Indian Army Service Corps during the Second World War. 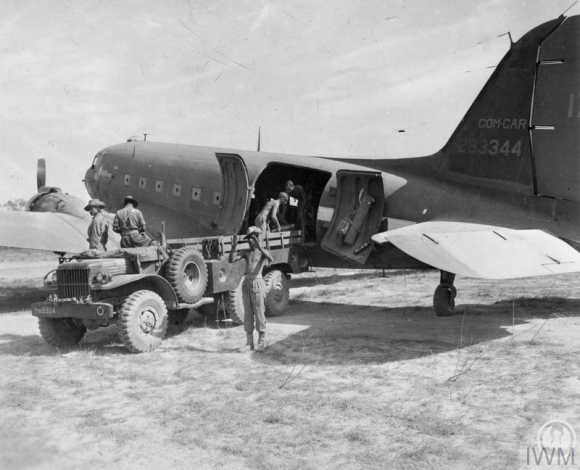 Geoffrey Herbert Blake was born in Peterborough on 30 September 1923.  On leaving school, he began training to become an accountant, but his studies were interrupted by the outbreak of war.  In June 1943, he joined the Royal Indian Army Service Corps, which was responsible for vital supply and transport services for the Indian Army.  He spent the next four years in India, and recorded his experiences in his diaries. The diaries begin with an introduction on 5 March 1943 in which Blake stated his reasons for keeping the diary: 'I hope that it may record in some detail the most interesting journey of my life, and that it will give me something to talk about in my old age (if I even qualify for this status in life)'.  He then described the process of embarking on the long journey to India.  He left Liverpool on 14 March aboard the MV Britannic, a White Star liner which had been converted to carry troops for the duration of the War.  The Britannic joined a large convoy for the voyage south, with Blake commenting that 'As far as we could see, troop transports were in line', with destroyers protecting them.  The convoy stopped at Freetown, in Sierra Leone, for two days, before resuming the journey to Cape Town in South Africa.  Blake would spend about six weeks camped near Cape Town, before continuing on to Bombay, arriving on 11 June 1943. 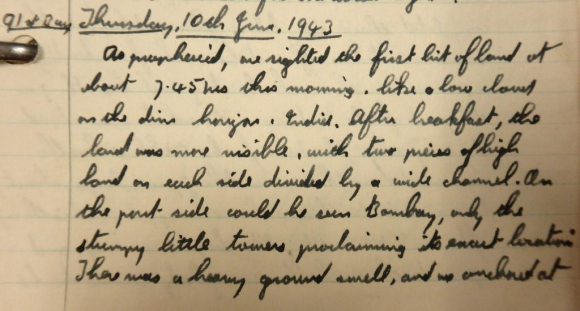 On arriving in India, Blake travelled to Bangalore, where he would spend six months at the Officer’s Training School, before taking up his duties in Air Despatch.  His diaries give a daily account of his life in India as an officer in the Indian Army during the tumultuous years of the Second World War.  He left Bombay aboard the SS Empress of Scotland on 22 January 1947 for the voyage to Liverpool.  Expressing sadness at leaving a country he had grown fond of, he wrote philosophically: 'It looks as if my Indian journey is drawing to an end, but what will the next journey be?' 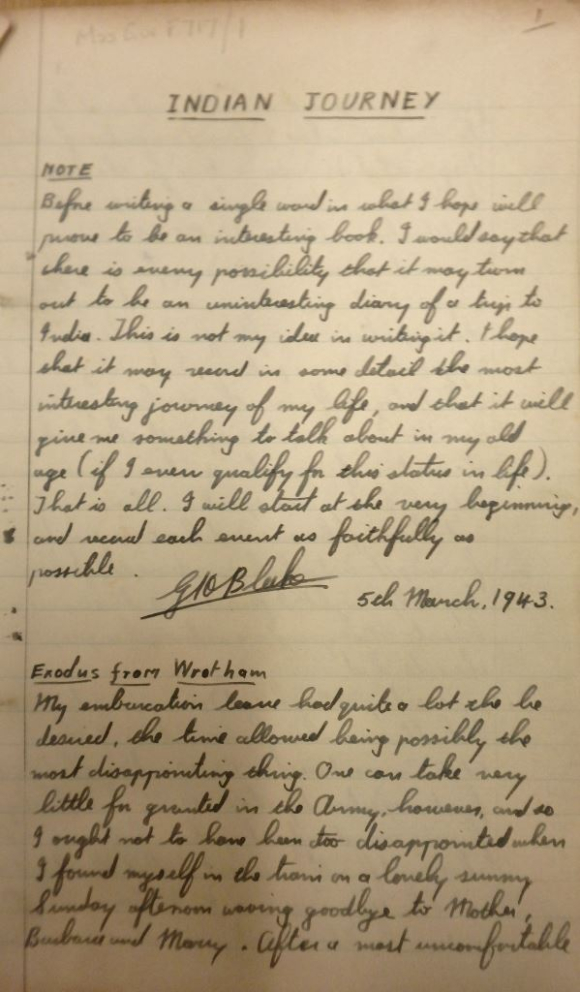 The catalogue of the papers can be found online.