Born to a merchant in St Kitts in the Caribbean, William Skinner (1700-1780) lost his parents at a young age and was adopted by his Aunt and her new husband Captain Talbot Edwards, Chief Engineer in Barbados and the Leeward Islands.

Skinner was educated at military colleges in Paris and Vienna and received his warrant as practitioner engineer in 1719. By 1757 he had risen through the ranks to become Colonel William Skinner, Chief Engineer of Great Britain, and in 1770 he was made Lieutenant-General. 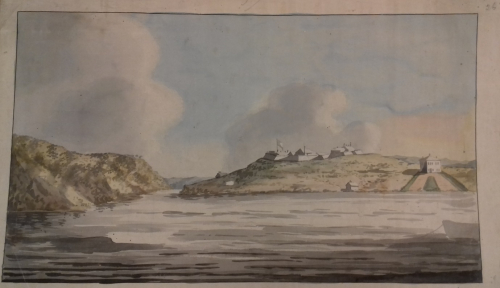 At the British Library we hold Skinner’s personal collection of maps, plans, surveys and views (Add MS 33231-33233) which show the variety of places where he worked throughout his career, as well as giving an insight into the working process of a military engineer in the 18th century.

From the start of his career Skinner was sent all over the world.  He became known as an authority on fortifications, and worked on important projects including the building of fortifications on Menorca and surveying Gibraltar, where he later served as Director of Engineering.

After the Jacobite Rising of 1745, Skinner was asked to lead a major project to build fortifications in the Highlands. Fort George, built on the sea front north-east of Inverness, was finally completed in 1769 and is still in use today. 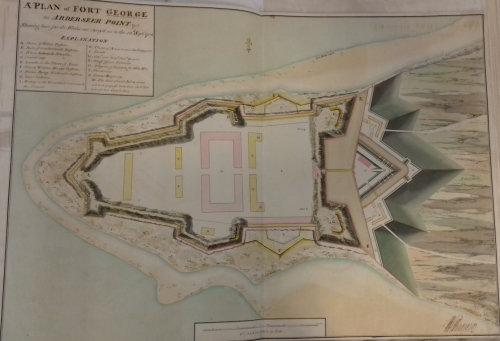 Skinner became Chief Engineer in 1757, just after the Seven Years War (1756-1763) had begun, and many projects that he worked on at this time were as a result of this conflict. In 1761 Skinner was sent to Belle Île in France, which had been captured by the British in order to have a base from which to attack the French mainland. General Studholme Hodgson who had led the raid on the island, complained about ‘the set of wretches I have for engineers’, at which point Skinner was brought in to survey the defences and provide accommodation and shelter for the Armed Forces which had been left to hold the island. 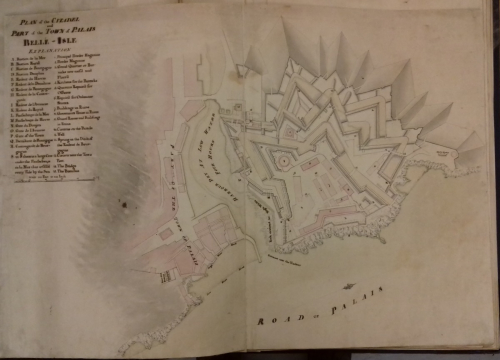 As Chief Engineer all military building projects needed to be submitted for his approval. One such project was the building of fortifications around St John’s in Eastern Newfoundland. This area had been reclaimed from the French in 1762 after the Battle of Signal Hill, which was the final battle of the Seven Years War in North America. 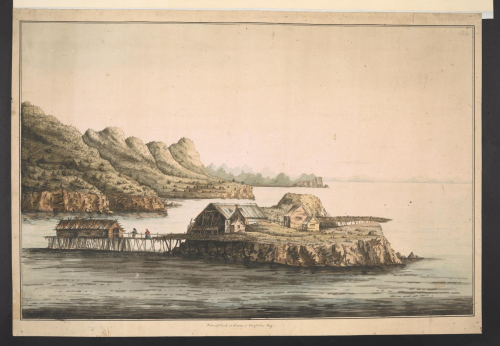 William Skinner died on Christmas Day 1780. He kept on working right up until the end of his life, and had passed on his engineering talent to his grandson, who worked successfully as an engineer in the US.

All the items from Skinner’s collection are available to be viewed in the British Library Reading Rooms, and one of his views of Newfoundland (Add MS 33233, f. 34) can currently be seen in our Treasures Gallery.