When the driver crosses his fingers – motoring superstitions

It’s Friday the Thirteenth, an ideal day for sharing a story about superstitious behaviour.  So here are some superstitions just for motorists.

According to an article in the Leicester Daily Mercury of 19 June 1939; ‘…even the Age of Machinery has its own superstitions.  A philosopher might think that the era which has produced the internal combustion engine among other things, would be above superstitious beliefs only fit for the dim dawn of mankind, when people lived in terror of the incalculable caprices of gods and demons, beneficent or very much the reverse. Far from it!  The man who drives the mechanised vehicle has his own private fancies about good or ill fortune, just like the man who urged his string of pack-horses across the trackless waste of mediaeval England’. 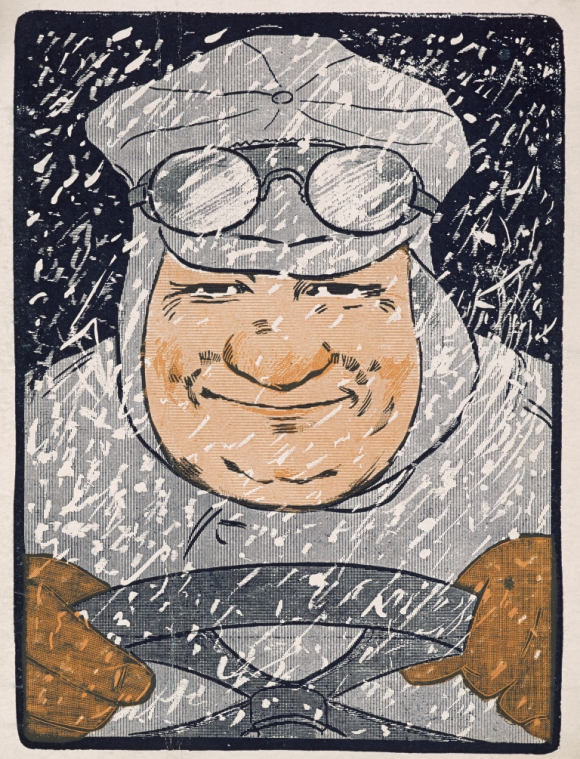 Detail from cover of menu for annual banquet of National Association of Automobile manufacturers 22 January 1904 - C.120.f.2 volume 3, no.32 Images Online

Here are some of the superstitions described:
• Long-distance lorry drivers do not like driving on Wednesdays.
• Bus drivers don’t like Friday the Thirteenth.
• It is unlucky for drivers to turn back after starting out for work.  Never go back indoors to collect a forgotten lunch box.  The bad luck starts as soon as you cross the threshold, so stand in the road and ask someone to bring your sandwiches out to you.
• A taxi driver who has had a streak of long waits for fares will queue in the cab rank until first in line and then drive off without taking a passenger.  In this way, the bad luck shifts to the next driver in the line.
• Beware meeting a cross-eyed woman when starting out in the morning – break the bad spell by getting into conversation with her.
• A cab driver will not change the first piece of silver taken each day but stow it away in a pocket.
• It is unlucky to lose a glove but lucky to find a rusty nail.
• Running over a tin can will bring misfortune.

How many of these superstitions are still observed today?  I’m off to look for a rusty nail to keep in my car just in case…

Posted by Margaret.Makepeace at 09:00:00 in Domestic life , Journeys , Work