‘A Trustworthy Indian in Stockholm’: A. Yusuf Ali’s Mission to Scandinavia, 1918

A hundred years ago, Stockholm was the centre of Indian anti-colonialism and, at the same time, British counter-intelligence operations. In late April and early May 1918, the Indian lawyer and administrator A. Yusuf Ali gave a series of lectures on Indian culture in Scandinavia, including Copenhagen, Stockholm, Uppsala and Oslo. 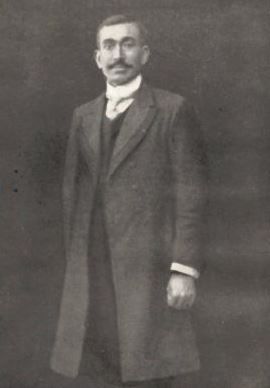 Delivered in English, the lectures dealt with modern Indian poetry, Indian religion and the role of women in Indian, and they were translated into Danish and published as Træk af Indiens Kultur (Features of Indian Culture) in 1918. In the Foreword, Ali conceded that the lectures were not intended to be published in book form, but ‘valuable friends’ persuaded him to do so. What Ali did not admit was that these ‘valuable friends’ were the British Foreign Office (FO). 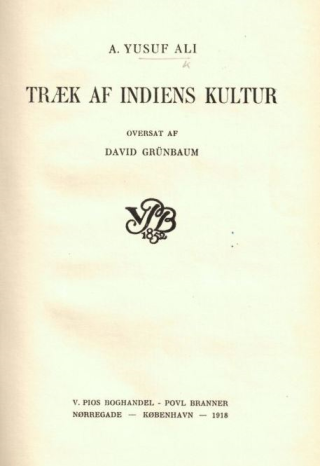 In fact, as reports from the FO show, the British were so worried about the anti-colonial activities of the Indian National Committee (INC) among the socialist delegates assembled in Stockholm for the proposed peace conference that they considered ‘the possibility of sending a trustworthy Indian to Stockholm who could put the case from a loyalist point of view’.

As it happened, the two Indian revolutionaries Virendranath ‘Chatto’ Chattopadhyaya and M.P.T. Acharya from the Berlin-based Indian Independence Committee had arrived in Stockholm in May 1917 and set up the INC. They met the organising Dutch-Scandinavian Committee in July 1917, putting their demands for independence to the socialists, but they were met with little sympathy. The Dutch socialist Pieter Jelles Troelstra noted that ‘the Indian question is important, but it is a distraction’ from the peace negotiations.

It was such articles that prompted the FO to send Ali on his mission to Scandinavia. In response to the propaganda of the INC, Ali wrote in Stockholms-Tidningen in April 1918 that the Indian revolutionaries were wrong, there was no desire for independence in India, and that the ties between India and Britain had been strengthened during the war. Furthermore, he claimed that the Indian revolutionaries had no support in India, and he referred to them as ‘anarchists’. Chatto denied these accusations, in an article in Stockholms-Tidningen in May 1918, and asserted that they enjoyed widespread support in India, particularly from Bengal.

In his reminiscences of the time in Stockholm, Acharya later wrote that they used to attend Ali’s lectures and hand out their own material to the audience. This meant that many thought that Ali belonged to the INC and subsequently approached him for more information. Ali’s mission had failed, claimed Acharya, and the British called Ali back in the summer of 1918.

The British felt differently, however, as is clear from a review of Ali’s book from The Times Literary Supplement: ‘If it was the object of our Foreign Office to give the Scandinavian public an opportunity of knowing better and valuing more highly the genius of India it would appear that this aim has been excellently fulfilled’ (5 September 1918).