Long before the East End became London's working-class quarter, it had a different character.  Walk along the Mile End Road today, you can spot surviving signs of elegance.  By the 1760s the area was becoming built up, with the City spreading its tentacles towards it, but it was still a semi-rural district for comfortably-off people.

It was convenient for those whose interests lay in ships, with the wharfs along the Thames not far off.  A property developer acquired a strip of land in between Mile End Green, and what would later become Jubilee Street, and called his new terrace Assembly Row.  In 1764 a sixty-one year lease on the eight-roomed end house was bought by James Cook. 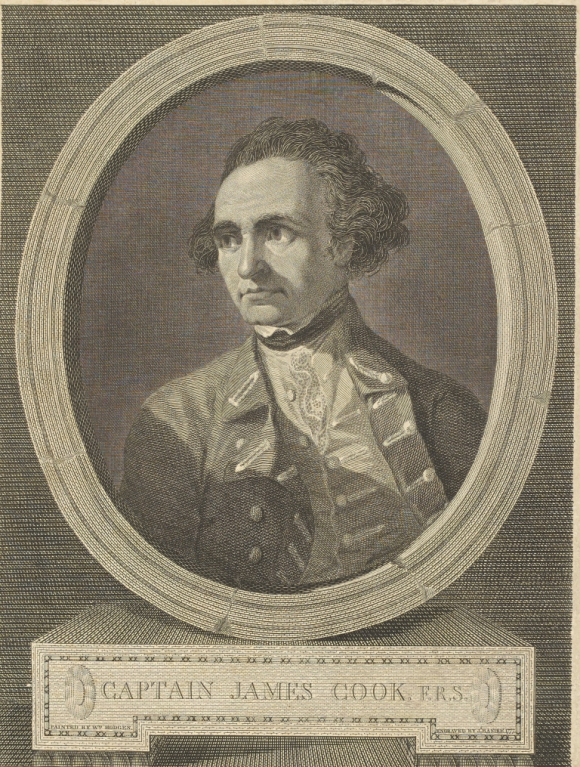 He had been living in then-rural Shadwell, with his young wife Elizabeth and their first child, a son who had been born while he was away on his exploratory voyage round Newfoundland.  Now, four years and three more children later, and well established with the Royal Society, he was preparing for the first of his great journeys to the Pacific.  He insured the house for £250, his household goods for another £200, and the family's clothing and silver for additional amounts.  Since £50 a year was then a sufficient income for a modestly respectable family lifestyle, with a servant, these sums suggest considerable comfort.

The voyage Cook set out on in 1768 did not bring him back to the house in the Mile End Road for three years.  He was off again in 1772 and again in 1776, which was the journey that finally carried him to an inglorious death off Hawaii.  His wife did not get the news of this till 1781, by which time their eldest son, a teenage midshipman, had tragically drowned.  She inherited the house and contents and received a pension for life from the king of £200 a year. 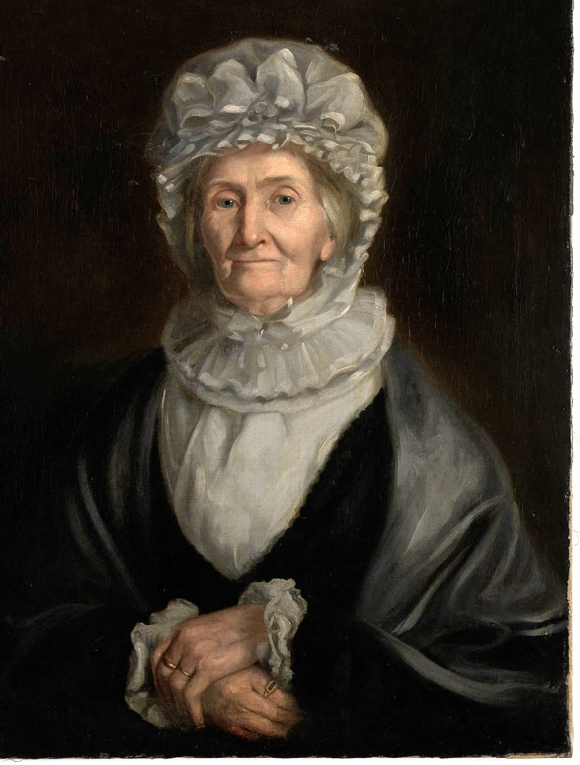 Portrait said to be Elizabeth Cook aged 81 by W Henderson  - image courtesy of Mitchell Library, State Library of New South Wales (recent research has challenged whether this is Mrs Cook).

When Elizabeth herself died, over fifty years later, she had long since moved away from the Mile End Road, which had become entirely urban.  In the 19th century the Cook house, like the neighbouring ones, had a shop built out on the ground floor - women's clothing, with `corsets a speciality', later a kosher butcher. 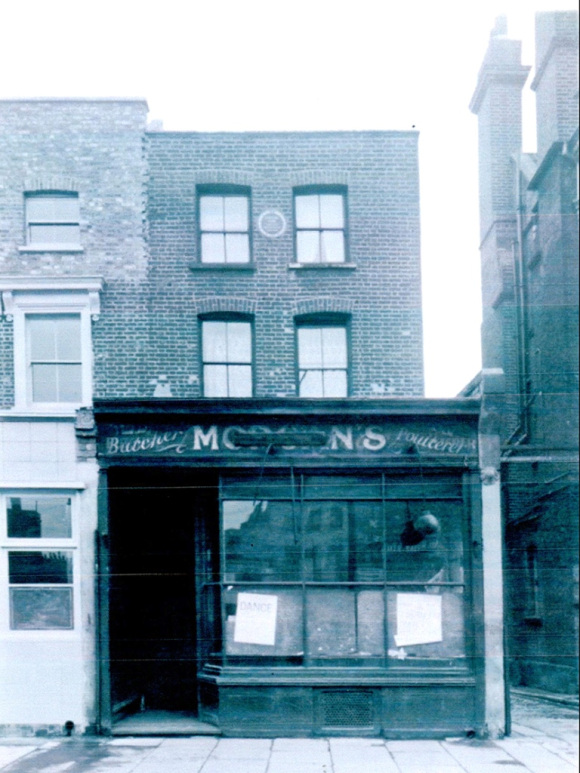 An LCC plaque commemorating Cook was put up in 1907, but the house was pulled down in 1958 under the Greater London Plan, when two-thirds of Stepney was demolished in the name of Progress. 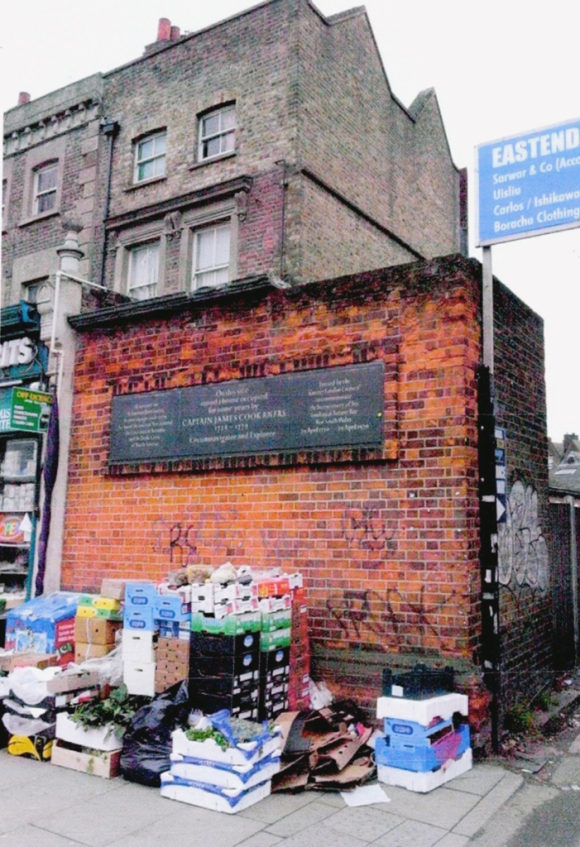 Yet the rest of the terrace survived, and is there, protected, to this day.  Sixty years on, with the old London boroughs long superseded, one can only speculate on this bizarre circumstance.  It is thought there was an intention to widen the alley alongside the house, but this never happened.  Nothing significant has ever come to occupy the empty plot.