Royal weddings at Windsor Castle have a long history.  Five of Queen Victoria’s children married in St George’s Chapel between 1863 and 1882: Edward, Helena, Louise, Arthur and Leopold.  Contemporary newspaper reports of these weddings focus on many of the same aspects found in the coverage of the marriage of Prince Harry and Meghan Markle – the courtship, the bride’s looks and character, the guest list, the gifts, the ceremony, the outfits. 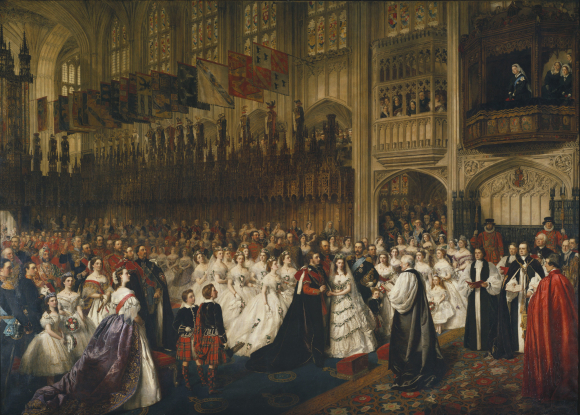 Marriage of the Prince of Wales to Princess Alexandra of Denmark at Windsor, 10 March 1863 by William Powell Frith. Image courtesy of the Royal Collections Trust

Prince Leopold, Duke of Albany, was born in 1853, the eighth child and youngest son of Queen Victoria and Prince Albert.  He was a delicate child having inherited the haemophilia gene from his mother, and he also suffered from epilepsy.  Leopold studied at Christ Church College Oxford and was president of the Oxford University Chess Club.  After his student days he continued as a patron of chess, and of the arts and literature. 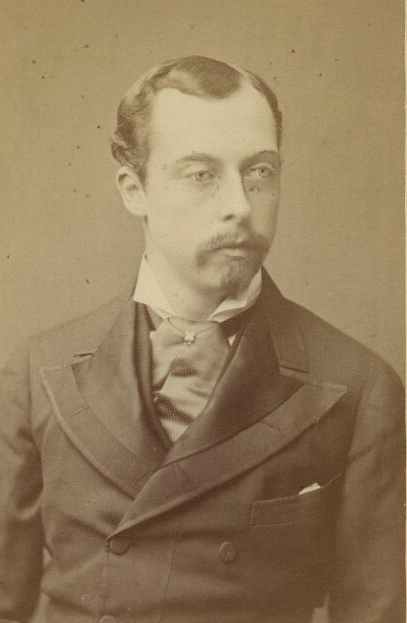 In 1882 the British press reported that Prince Leopold was to marry Princess Helena of Waldeck and Pyrmont.  The bride-to-be was described as ‘a simple and ladylike country girl … very spontaneous and open, recites with taste, … very musical’. 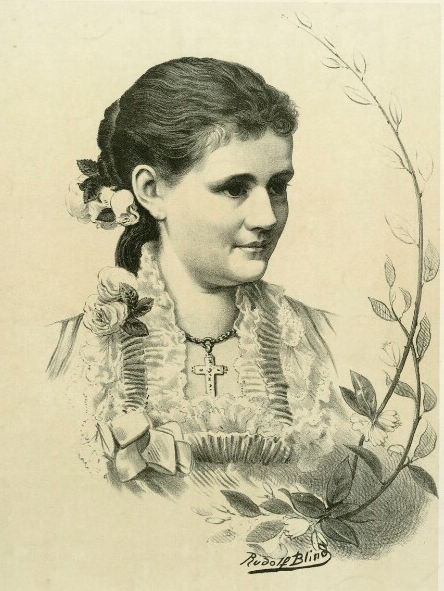 The couple visited a London photographer and had two sittings, formal and informal.  The photographs showing the Prince with his arm around Helena’s waist and her head resting upon his shoulder were intended for family circulation only.  Apparently they were issued in error with the formal portraits and had to be recalled hastily.

The wedding was planned for April but there was speculation that the ceremony would have to be postponed because the Prince was laid up with a painful swollen knee.  The knee joint had troubled Leopold in the past and he had twisted the ligaments earlier in the year.  He then aggravated that injury by falling in the street after slipping on a piece of orange peel whilst holidaying near his mother in Menton, France.  The Prince’s haemophilia was not a secret – the Aberdeen Evening Express of 5 April 1882 explained: ‘there is some deficiency of a certain element in the blood, which make a fall or bruise a more serious matter to him than it would be to an ordinary person’.

However Leopold returned to England, pale and using a stick to walk, determined that the marriage should go ahead as planned.  On 27 April 1882, thousands of people flocked to Windsor for the wedding.  Some had tickets for admission to the Castle grounds, most wanted to see the procession through the town.  The people of Windsor presented a diamond bracelet to Princess Helena.  Queen Victoria gave the couple Claremont, a residence in Surrey.  As the newly-weds left the Castle in the late afternoon, several Princesses were said to have breached etiquette by appearing outside without bonnets to wave goodbye. 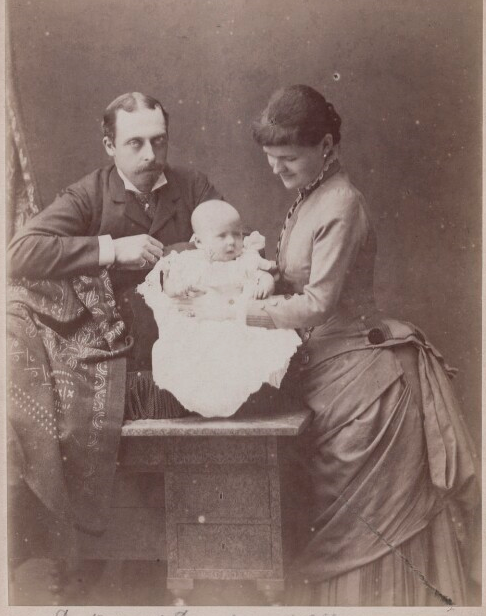 In February 1883, Helena gave birth to a daughter Alice. Early the following year Leopold went to Cannes to escape the winter weather.  Sadly he had a fall resulting in an epileptic fit and a brain haemorrhage, and he died on 28 March 1884.  He was buried at Windsor on 6 April, less than two years after his marriage.  His son Charles was born in July.