John Maynard Smith (1920-2004) was one of Britain’s most eminent evolutionary biologists. His career spanned half a century, first at University College London, and then from 1965 at the University of Sussex. Educated at Eton, Cambridge (where he took a first degree in engineering, working as an aircraft stressman during and briefly after the Second World War) and UCL, he showed a remarkable ability to discern and describe biological problems and to ‘do the sums’: Maynard Smith brought his mathematical abilities and trust in models over into biology from his earlier education and training.

At UCL he studied and later worked under J B S Haldane, one of the founding fathers of neo-Darwinism (the merger between Darwin's theory of natural selection and Mendelian genetics). In the laboratory of Helen Spurway, Maynard Smith worked on genetics with the fruit fly Drosophila subobscura and later tackled the questions of ageing and sex. After his move to Sussex he focused increasingly on theoretical questions, and in 1973 published a seminal paper on ‘The Logic of Animal Conflict’, together with George R Price. The paper combined evolutionary biology and an idea taken from economics (game theory) to suggest a new way of studying animal behaviour: in evolutionary game theory, individual animals are pitted against each other like players in a game. In 1999, Maynard Smith was awarded the Crafoord Prize (biology’s equivalent to a Nobel Prize) for his work on evolutionary game theory. 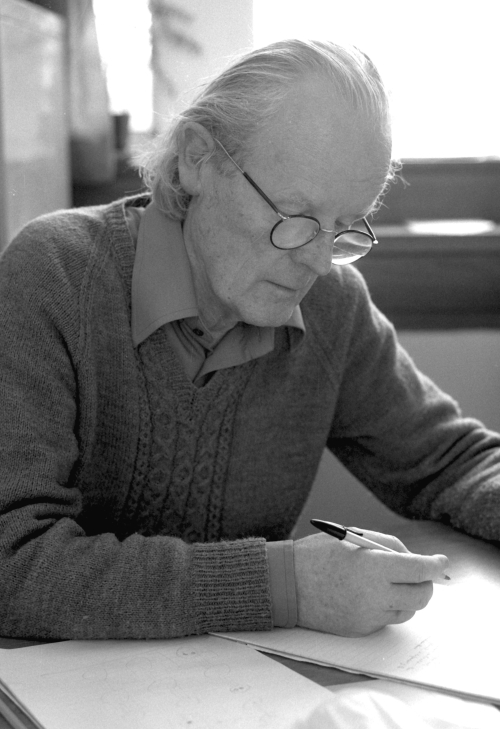 Maynard Smith was also known for his successful efforts to communicate evolutionary biology to a broader public, writing his first book The Theory of Evolution in 1958. He published various essay collections and The Origins of Life (1999), a ‘birdwatchers’ version’ of one of his books aimed more at a specialist audience (both co-authored with Eörs Szathmáry). From the 1960s he regularly appeared on radio and television, and was a frequent guest on the radio show Who Knows?, where a panel answered questions sent in by the public.

Smith also contributed as a scientific advisor to programmes, and narrated the Horizon episode ‘The Selfish Gene’, based on Richard Dawkins’ book of the same name, which itself was based on several of Maynard Smith’s ideas, particularly evolutionary game theory.

Although a theoretical biologist who avoided fieldwork throughout his career - his bad eyesight had dissuaded him from joining fellow undergraduates who went on to study under the famous ethnologist Niko Tinbergen at Oxford - his love for nature was obvious in his avid gardening. During summers he would open his garden to the public, and his Who's Who entry cites 'gardening' as one of his two favourite recreations. The second was 'talking'.

Marek Kohn (2004). A Reason for Everything. Natural Selection and the English Imagination. London: faber and faber.

Posted by Alex Hailey at 10:41:14 in Modern history , Science , Science and environment