Swords and scabbards were the subject of a letter received by Robert James, Secretary to the East India Company, from Thomas Hatcher at the Tower of London on 24 November 1764. 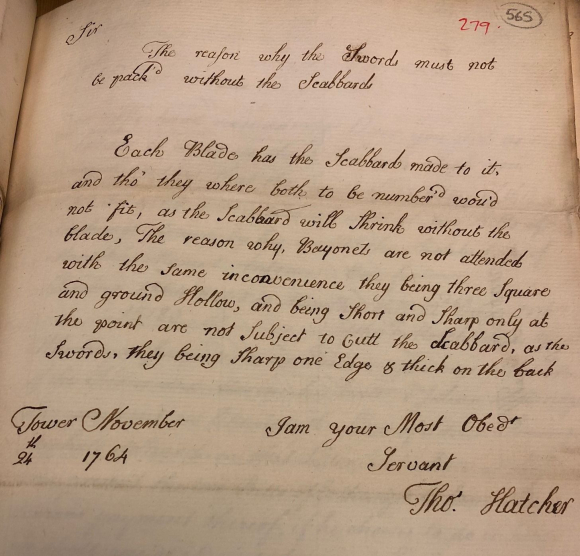 Thomas Hatcher was a Master Furbisher of His Majesty’s Ordnance at the Tower of London.  He worked for the Board of Ordnance, the government department responsible for supplying munitions and equipment to the Army and Navy.  The Board also provided the East India Company with such supplies.

Hatcher’s warning to the company in his letter was that the scabbards were at risk of shrinking if the swords were not in them during shipping and that they therefore might not fit when reunited on arrival.  The Company’s intention to number each corresponding sword and scabbard and pack them separately simply would not do.  The swords and scabbards were being packed for shipping on board the East India Company’s ships to be used by Company regiments in the East Indies. 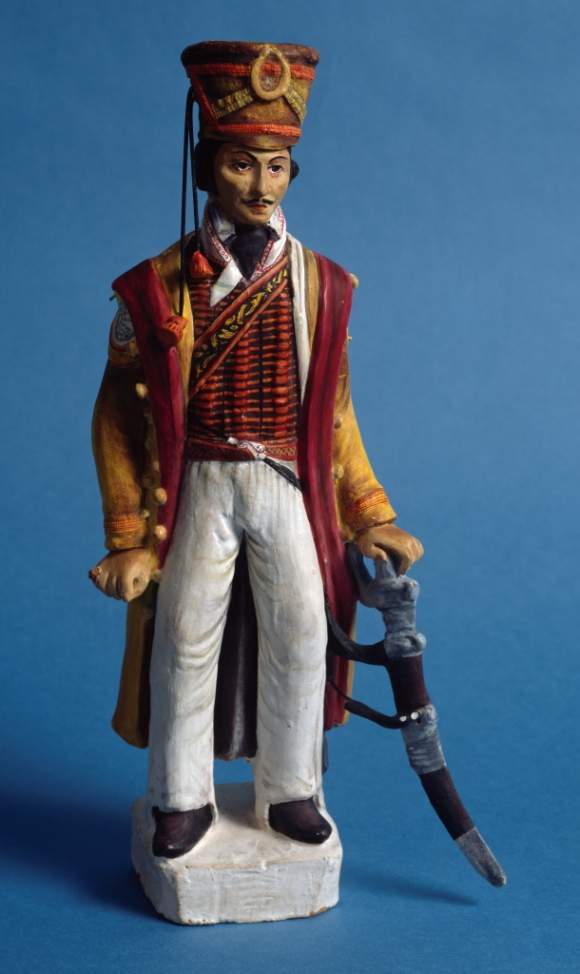 Scabbards in the 18th century were primarily made of leather, as it was considered more durable and elastic than wood.  Although Hatcher does not specify why the scabbards would be at risk of shrinking, it was most likely the risk of them getting wet on board ship and drying over a period of time, or being exposed to hot temperatures as the journey to India could take several months.  Either of these scenarios could cause the leather to shrink, and if the swords were not kept in their scabbards they could shrink so far that they would no longer fit on arrival in India. The swords being kept in their scabbards would ensure that they could only shrink around the sword and would therefore still be useable by the soldiers for whom they were intended.

Hatcher additionally warned in his letter of the risks of cuts and injuries from handling unsheathed swords 'they being Sharp on Edge & thick on the back'.  Those removing the unsheathed swords from their packing crates in India could risk serious injury if they handled the wrong edge of the blade.

Posted by Margaret.Makepeace at 09:00:00 in Journeys , South Asia