Captain Cook and the ‘Friendly Islands’?

Captain Cook first landed in the Tongan islands on 2 October 1773, during his second Pacific voyage. In 1774 he returned for four days and received such a warm welcome that he named Tonga the “Friendly Islands”.  However, it is now widely thought that the Tongan chiefs had planned to attack Cook and his crew and seize the Resolution and Adventure. 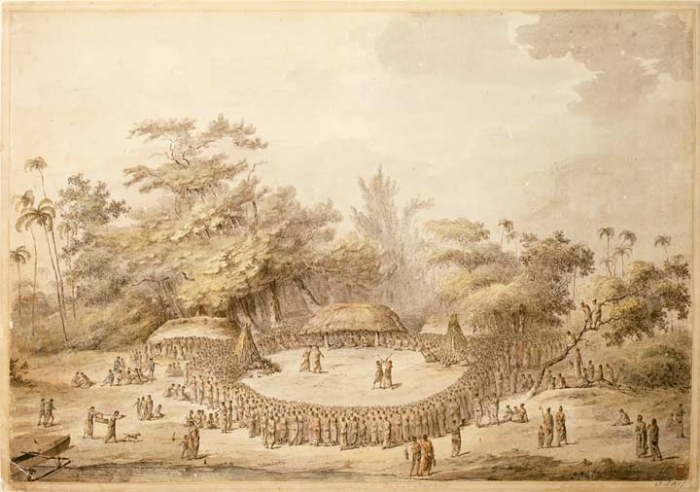 The first account of the supposed plot against the Resolution was given by William Mariner, a young man serving on the British privateer Port au Prince when it was attacked in Lifuka in 1806.  Twenty-six of the crew survived.  Mariner was adopted by the chief Finau ‘Ulukalala-‘i-Ma‘ofanga and lived in Tonga for four years.  Finau told Mariner that the “Feenow” Cook had known was his father, who had been instrumental in planning an attack on Cook.  The plan was called off when the chiefs disagreed about whether to attack under cover of darkness or during the day.

When Mariner returned to London, he was contacted by John Martin, an ethnographically-minded doctor.  Together they authored An Account of the Natives of the Tonga Islands (1817), one of the most accurate accounts of Tongan life in the early 19th century.  In the opinion of most scholars, Mariner’s account is accurate.  So was the plot to kill Cook in Tonga real, and was Cook so naïve as to be oblivious to the danger?  There are some factors to take into account.

When the Port au Prince was attacked in 1806, Tonga had been in the grip of civil war for seven years.  The prosperous and scattered people Cook had observed were corralled inside guarded fortresses and slowly starving as harvest after harvest was destroyed by neglect and attacking armies.  The different island groups were controlled by warring chiefs, each aware of the advantage which possession of European firearms and iron goods would afford them in their political and economic struggles.

The outbreak of the civil war had very little to do with European arrivals.  Tensions between the three chiefly lineages holding spiritual, administrative and political authority had been mounting for nearly two decades, and came to a head with the assassination of chief Tuku‘aho in 1799.  By the time Mariner was living with Finau ‘Ulukalala-‘i-Ma‘ofanga, it was deemed expedient to have a European or two to assist in battles, and as a kind of status symbol. 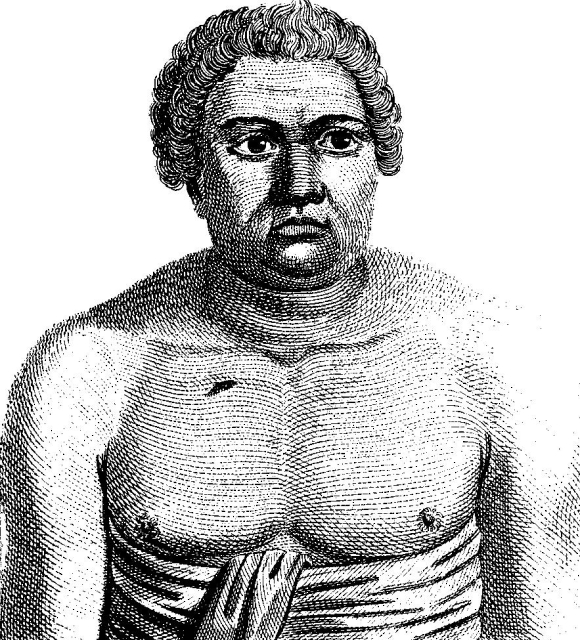 Whether or not there was a plot to attack the Resolution and kill Cook, the “Friendly Islands” epithet stuck, defying those like George Hamilton who insisted that “with the greatest deference and submission to Captain Cook … the name [is]… a perfect misnomer” (in Suren, 2004: 218).

Further reading:
Beaglehole, J. C. The Journals of Captain Cook on his Voyages of Discovery: The  Voyage of the Resolution and Discovery 1776-1780. Hakluyt Society Extra Series no. 36. Cambridge, 1967.
Bott, Elizabeth, Tavi and Queen Salote Tupou. Tongan Society at the time of Captain Cook's Visits: Discussions with Her Majesty Queen Salote Tupou.  Wellington: The Polynesian Society, 1982.
Mariner, William. John, M.D Martin ed. An Account of the Natives of the Tonga Islands in the South Pacific Ocean, with an Original Grammar of their Language. Vol I and II. London: J. Murray, 1817.
Rutherford, Noel ed. The Friendly Islands: A History of Tonga. Melbourne: Oxford University Press, 1977.
Suren, Peter. Essays on the History of Tonga. Vol. 2. Nuku'alofa, Tonga: The Friendly islands Bookshop, 2004.
Thomas, Nicholas. Discoveries: The Voyages of Captain Cook. London: Penguin Books, 2004.

Posted by Margaret.Makepeace at 09:00:00 in Australasia , Captain Cook , Conflict , Journeys