Letters from the Begum of Bhopal

A collection in the India Office Private Papers records the touching story of the friendship between the ruler of an Indian State and the wife of an Indian Army officer.  George Patrick Ranken was a Colonel with the 46th Punjab Regiment, stationed in the Indian State of Bhopal in the early 20th century.  His post required him to attend many official functions, and at one of these he and his wife Ada were introduced to Her Highness The Nawab Sultan Jahan Begum (1858-1930), who ruled Bhopal from 1901 until 1926.  So began a friendship which was to last for over twenty years. 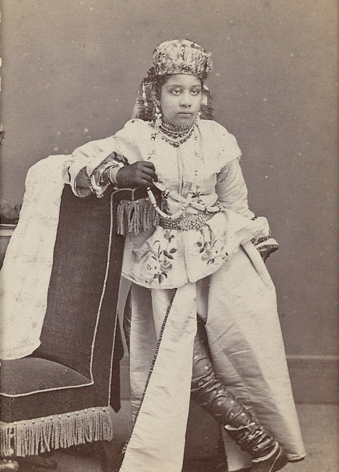 Begum of Bhopal in the early 1870s  - by Bourne & Shepherd from the Album of cartes de visite portraits of Indian rulers and notables. Photo 127/(16)  Online Gallery

Ada Ranken first saw Sultan Jahan Begum at the 1903 Delhi Durbar, although the two women did not actually meet.  Ada later wrote an article about her friendship with the Begum while living in India.  She recalled that they first met at a garden party given by Her Highness one afternoon in the winter of 1904-05.  As the Begum was in Purdah, a large tent was erected for her.  Her male guests, including Ada’s husband George, were given chairs outside the tent from which they could converse with the Begum through a screen of split bamboo.  However, as a woman, Ada was allowed to enter the tent.  She described their first meeting: 'When my turn came and I was ushered into the tent I found Her Highness very simply dressed in a drab-coloured coat and trousers, cut, I noticed, in the accepted fashion of the Pathan race, with her head covered and her feet bare'.  Ada would meet Sultan Jahan Begum several times over the next two years, and on one occasion the Begum visited her at her home in Sehore, where George was stationed. 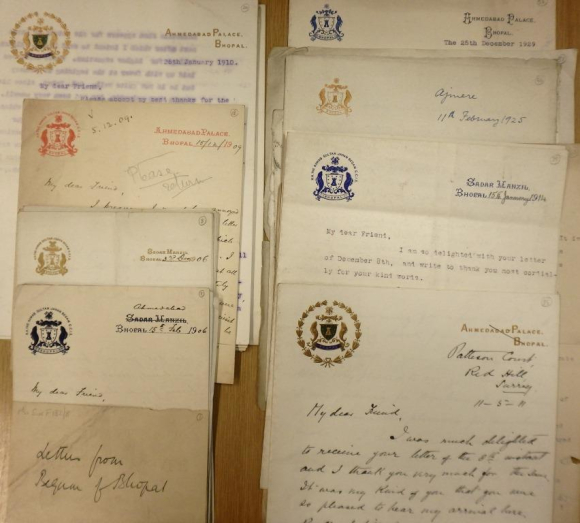 The two women stayed in touch after Ada returned to England, and they wrote regularly until the Begum’s death in 1930.  There are 22 surviving letters from Sultan Jahan Begum in the collection, of which 19 are addressed to Ada, with two to her husband George, and one to their daughter Patricia.  The letters are filled with news of Bhopal and the Begum’s family, and of mutual friends, and she enquires after Ada’s family, often recalling the time they spent together in India.  The letters also touch on the heavy workload of the ruler of a large Indian State.  In one letter from December 1909, she writes that all her attention had been taken up by preparations for the Viceregal visit to Bhopal, which passed off smoothly.  Despite her numerous duties, the Begum still found time to write to Ada.  In the last letter, dated 25 December 1929, she offers her sympathy on the death of Ada’s sister, and wrote 'May God give you fortitude enough to bear the loss and may He keep you in good health to guide and protect your affectionate child, Patricia, whom we all so much love'. 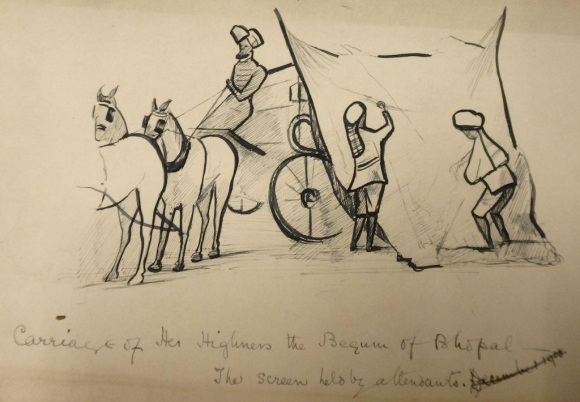 Also included in the Ranken Papers, along with the letters, are draft copies of Ada’s article on Sultan Jahan Begum, photographs, Christmas cards, and a drawing of the Begum done by Ada at the 1903 Delhi Durbar. 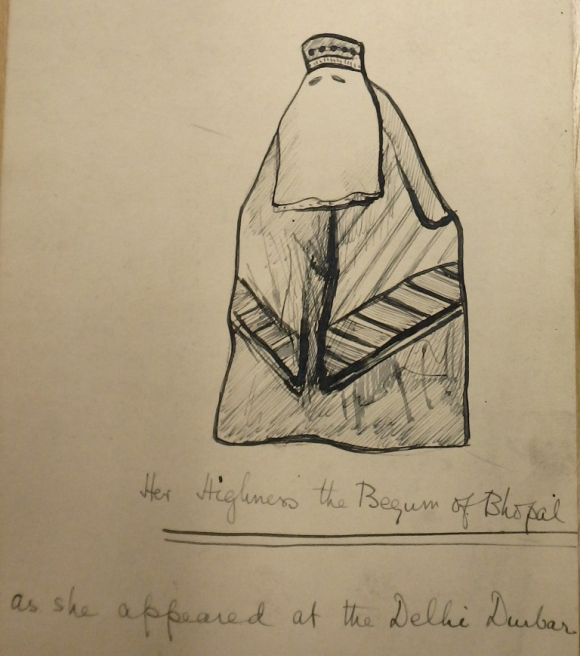