James William Fulbright (Bill) was born in Sumner, Missouri in 1905 to James and Roberta Fulbright. In 1906 the family moved to Fayetteville, Arkansas. Both his parents were successful local entrepreneurs. His father built up a small empire which included the local newspaper, lumberyards, a bottling company and a bank. In 1923 James Fulbright died suddenly and it was left to Roberta to continue the family business, which she did, becoming one of Arkansas’s most famous and successful business women.

The Fulbrights were known by some in the local area as ‘The First Family of Fayetteville’, they were a family of high achievers. Bill embodied this by winning a Rhodes scholarship to Oxford University in 1924. The Rhodes scholarship and Fulbright’s time in Oxford had a profound effect on him. He immersed himself in his studies, but also embraced the cultural differences of England: from the frivolous such as tea drinking and joining the rugby team, to the more enduring like his admiration of British institutions, systems and politics.

Fulbright’s career, outside of the family business, began in 1939 when he was named President of the University of Arkansas. He was 34, the youngest college head in the United States at that time, he was also unqualified for the job, but passionate about education in Arkansas. This lasted until 1941 when he was ousted from his position by the new Governor Homer Adkins.

In 1942 Fulbright began his thirty-two year career in Congress running for election in Northwest Arkansas. His experiences in Europe had inspired a deep interest in international affairs and his experience at the University of Arkansas had cemented his belief that education could be used as a tool in international affairs. He spent his political career campaigning for tolerance and appreciation of other cultures. His first act as a Congressman was to co-sponsor the Fulbright-Connally Resolution, the forbear of the United Nations. By 1944 he had won a US Senate seat and pushed through legislation creating the International Exchange Program in 1946.

The Fulbright Program was one of Senator Fulbright’s greatest accomplishments. To this date approximately 370,000 ‘Fulbrighters’ have participated in the Program since its inception in 1946 and the Program currently operates in over 160 countries worldwide. The US-UK Commission was established in 1948, since that time there have been over 27,000 Fulbright exchanges between the two countries. The awards span a number of disciplines benefitting everyone from artists to scientists, historians to mathematicians. 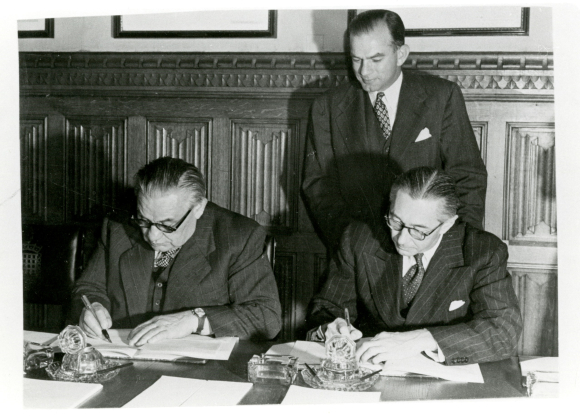 The aim of the program was to nurture the belief that experience and understanding of another culture will contribute to ‘joint ventures for mutually constructive and beneficial purposes’. This belief was reflected throughout his career which led him to become known as the ‘dissenter’. He participated in the censuring of Senator McCarthy, argued against the Vietnam War, and was an advocate for liberal internationalism. Fulbright assumed the Chair of the Senate Foreign Relations Committee in 1959 which he held until he lost his seat 1974, the longest serving chairman in the committee’s history. He was presented with the Medal of Freedom by his protégé President Bill Clinton in 1993. 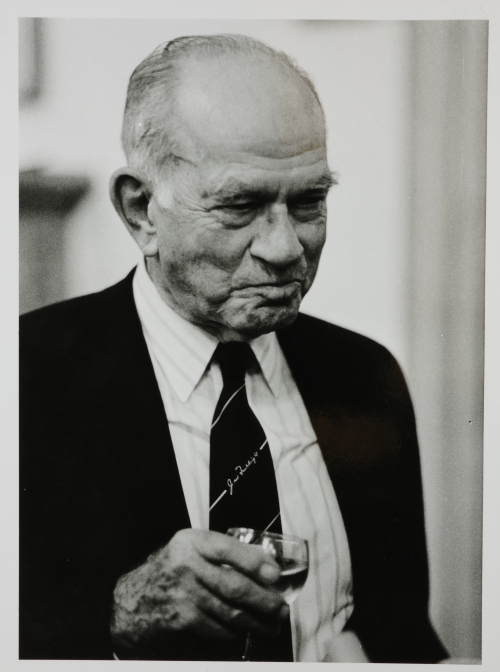 Senator Fulbright at the 40th Anniversary Reception of the Fulbright Program, 1986.  ©The American. By permission of The American.