In 1926 the Foundling Hospital estate in Bloomsbury London was sold by the Governors to a business syndicate. The children were moved to the country and the old Hospital was demolished. Nine acres of ground were put on the market as building land. 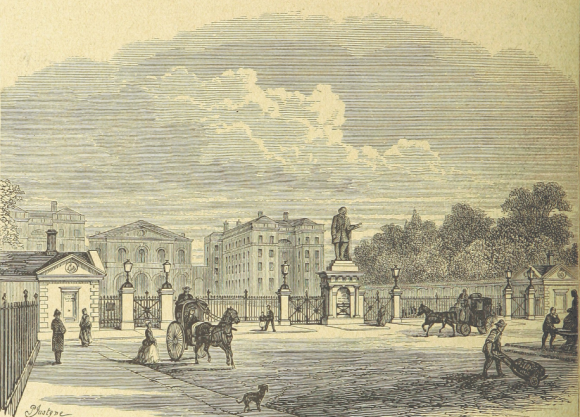 Dismayed at the prospect of this open space being covered by buildings, local residents formed the Foundling Estate Protection Association.  They asked the London County Council to purchase the land and preserve it as a Public Open Space, but the asking price of £700,000 was too high.  In 1929 the School Care Committees in the borough of Holborn petitioned the LCC to acquire the space as a playground and welfare centre for children growing up in neighbouring congested housing.  Again the cost proved too much.

The Association appealed to Viscount Rothermere who offered £525,000 for the Foundling Site.  His offer was rejected and the vendors prepared for a development with blocks of flats.

In January 1929 an influential group was formed – the Joint Committee of Voluntary Associations for the Welfare of Children and Young People (Foundling Site).  It had representatives from the Scouts, Guides, Boys’ and Girls’ Clubs, nursery schools and children’s play centres.   The Association and Committee agreed to work together.

Lord Rothermere purchased an option on the site for £525,000 in April 1929.  In August that year the Joint Committee opened the Site to nearly 3,000 local children.  Many had never run about on grass before. Toys and games were provided.  The LCC gave a grant of £500 and Queen Mary made the first of three visits.

Local schools used the Site for games throughout the year and for open-air classes in the summer.  The swimming bath was reconditioned and a nursery opened in the old sanitorium building.  The nursery children spent most of their time outdoors in fine weather and their health was seen to improve. 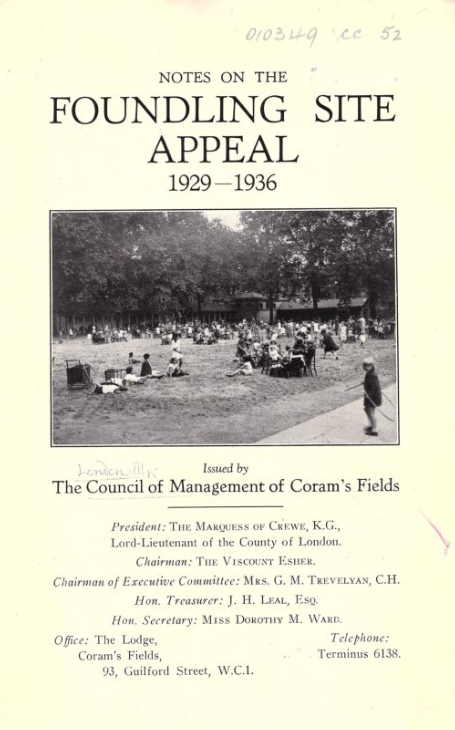 However in December 1930 Lord Rothermere informed the Joint Committee that he could not exercise his option to buy the estate.  So in February 1931, at a time of economic depression, a public appeal was launched to save the Site. Rothermere promised a gift of £50,000 if the appeal was successful.  By the end of April 1931, an average of £2,000 per week had been contributed from all over the world.  Local schoolchildren made penny collections.

A set of postcards entitled 'Save the Foundling Site' was issued by Raphael Tuck & Sons showing happy children playing in the open spaces. 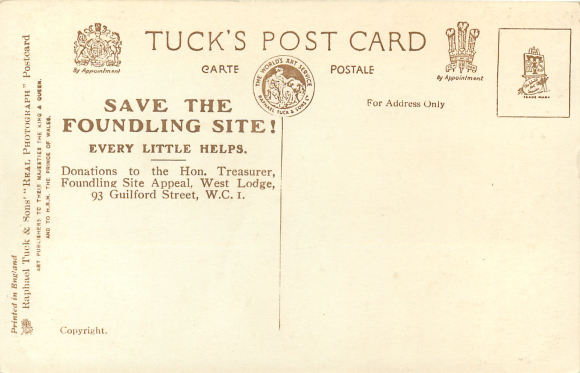 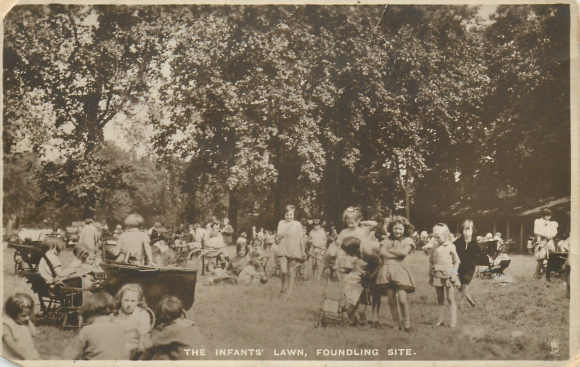 By June 1932 sufficient money had been raised to secure about 5½ acres of the Site.  In April 1933 Sir Harry Mallaby-Deeley purchased the Foundling estate, including the still unsaved part of the open Site.  Sir Harry promised a donation of £36,250 towards the cost of the remaining part of the Site, leaving £150,000 to be raised through a ‘Final Appeal’ launched in February 1934.  The LCC made a grant and the Governors of the Foundling Hospital repurchased the northern portion for child welfare work.  In December 1935 the long struggle to save the whole of the old Foundling Hospital Site for the children of London was brought to a successful conclusion. The park re-opened in 1936 under the new name of Coram Fields.

Further reading:
Notes on the Foundling Site Appeal 1929-1936 issued by the Council of Management of Coram’s Fields

The Art of Children's Games

Posted by Margaret.Makepeace at 16:35:43 in Health , Leisure

Posted by Margaret.Makepeace at 4:35 PM