This summer the British Library has been celebrating the 20th anniversary of the official opening of its St Pancras building.  One of the experts responsible for its construction was Anthony Stevens who died on 2 May 2018 at the age of 87.  His daughter Lexy has written this account of his life so that we can pay tribute to his work. 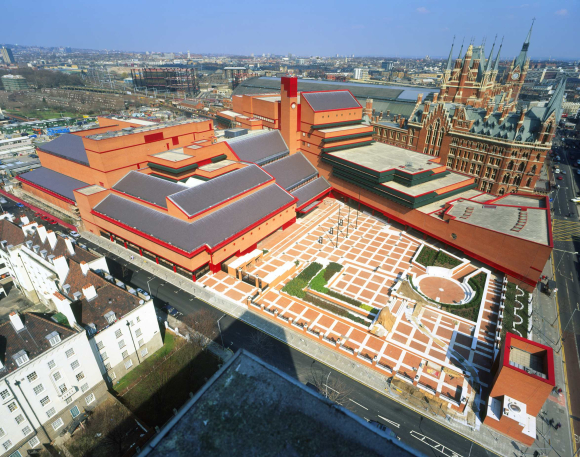 Anthony Stevens was born to parents Edward Cecil and Gladys on 28 November 1930 at Wharncliffe Gardens in north-west London.  With his younger sister Betty, he spent his early childhood growing up in St John’s Wood.  When war broke out the family moved out to Hertfordshire, where he attended Watford Grammar School for Boys.

University education was not a possibility for him, so on leaving school aged 16, Tony initially worked as a draftsman for British Rail at Watford and then at Euston.  Inspired by the skills of his railway colleagues, he studied at night school for a civil engineering Higher National Certificate.  In 1955 he started work as a Chartered Engineer for Sir William Halcrow, and then joined Arup in 1958. He went on to become a Fellow of both the Institution of Civil Engineers and the Institution of Structural Engineers. 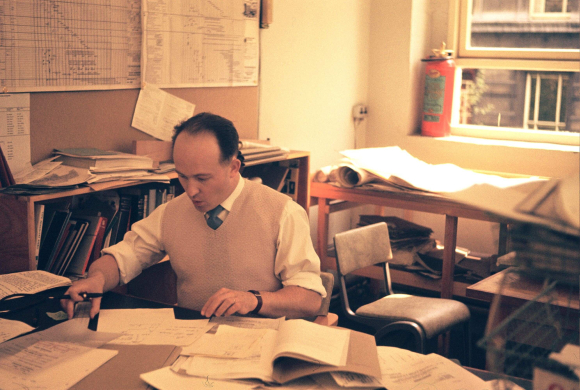 Tony took over the structural design of the Barbican Estate in the early 1960s and led the group that developed the design for the Barbican Arts Centre. With its location close to the previously-constructed tall residential tower blocks, it was necessary to limit ground movements to avoid damage to their foundations.  The Arup group designed a thick diaphragm wall, supported below by stiff props built inside tunnels. 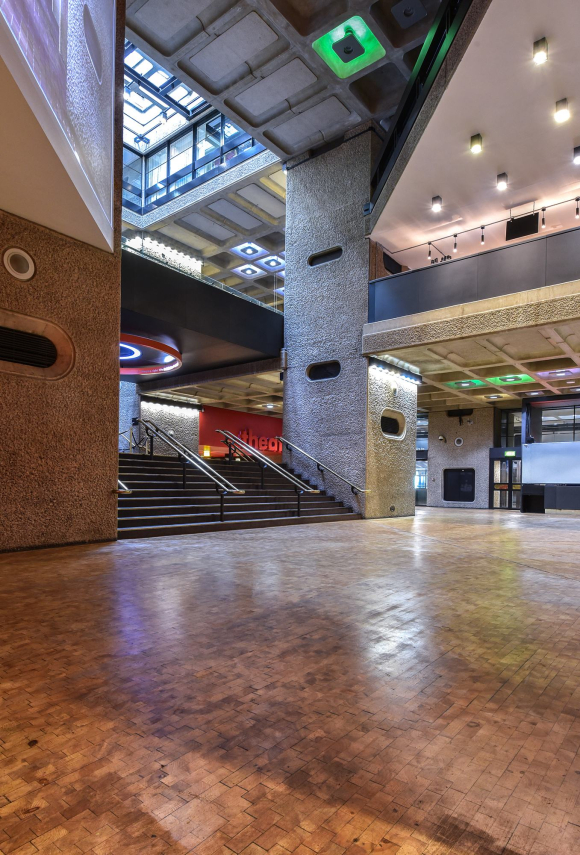 The Barbican Arts Centre received the Institution of Structural Engineer’s Special Award in 1981, acknowledging “the importance of ground engineering works in the successful construction of works of structural engineering”. 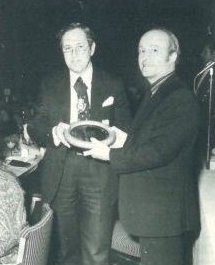 Anthony Stevens receiving the Special Award to Ove Arup and Partners for the Barbican Arts Centre – from The Structural Engineer vol. 60A No. 3 (March 1982)

His work on the Barbican made the new British Library at St Pancras a natural follow-up project for Tony.   He and colleagues decided that a design life of 500 years for certain structural elements of the building would not be unreasonable.  The book storage was planned in four basements with an overall depth of 25m, making this the largest civilian excavation in London.  Advanced analytical techniques showed only limited effects to surrounding properties, including St Pancras Station and the London Underground tunnels.  Techniques devised for the Barbican and British Library projects remain common practice. Tony was proud to learn that the British Library had been granted Grade I listing in 2015. 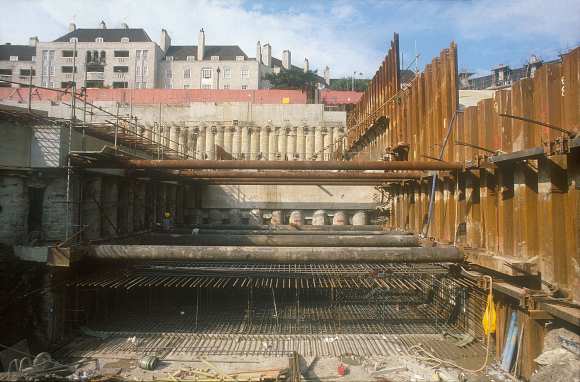 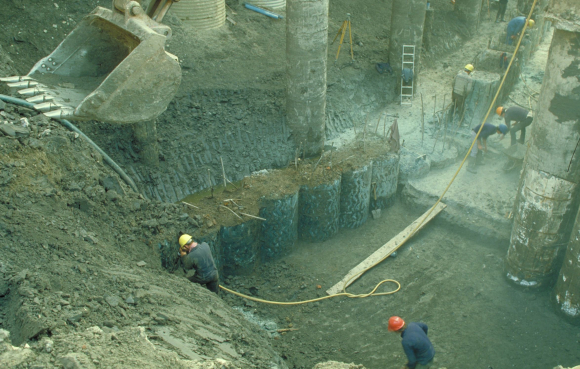 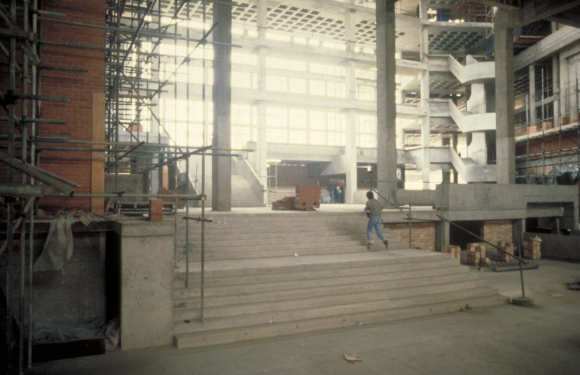 At 62, Tony retired so that he could fulfil a long-held ambition. He studied for a degree at the Open University, attaining Bachelor of Science in Mathematical Sciences and Master of Mathematics, both with First Class Honours. Interviewed by a local newspaper, he said:
"Everybody can do it if they are determined to do the work, but there's quite a lot to do - at least 20 hours a week. People were amazed that I was ready to do it. During my career, there was quite a lot of maths in structural engineering, but I never really understood it. It was ever so interesting - I was finding out about a lot of things I had been taking for granted."

Tony combined an understanding of structure, materials, mathematics (despite his quote in the local paper!), and physics in order to solve problems from first principles, without having the benefit of today’s computers.  He was a leader with responsibilities for some of Arup’s most technically demanding projects, and set high standards. Everybody who worked with him will remember his support and advice, always given with a touch of humour.

Lexy Stevens
Architect, Tony’s daughter
with Peter Evans, who led the engineering of the British Library Completion Phase, containing the King’s Library, when Tony retired in 1992.

Further reading:
A Stevens, B O Corbett, and A J Steele, ‘Barbican Arts Centre: the design and construction of the substructure’ in The Structural Engineer Vol. 55 No. 11 (November 1977).
The Structural Engineer vol. 60A No. 3 (March 1982).
P J Ryalls, R Cather, and A Stevens, ‘Aspects of design for durability at the British Library’ in Ravindra K Dhir and Jeffrey W Green (eds.), Protection of Concrete – Proceedings of the International Conference held at the University of Dundee 11-13 September 1990 (1990).

Posted by Margaret.Makepeace at 09:00:00 in Innovation , Work