James Cook for Children: Juvenile literature of the 18th and 19th centuries

By the end of the 18th century a number of publications had been produced for children that discussed the Pacific voyages led by James Cook.  He appeared most regularly at this point in juvenile literature concerning geography, where he featured amongst other voyagers who had opened up the ‘known world’.  In Richard Turner’s A New and Easy introduction to Universal Geography, Cook was described as an important captain in the first edition of 1780, but by later editions he was presented as a significant national figure.  This change reflected a broader trend in the image of Cook that resulted from the news of his death, the publication of the third voyage account and the subsequent development of his status in Britain.  Abridged versions of the three Pacific voyage accounts were produced for juvenile readers, in which stories and appealing characters were extracted to entertain and instruct. 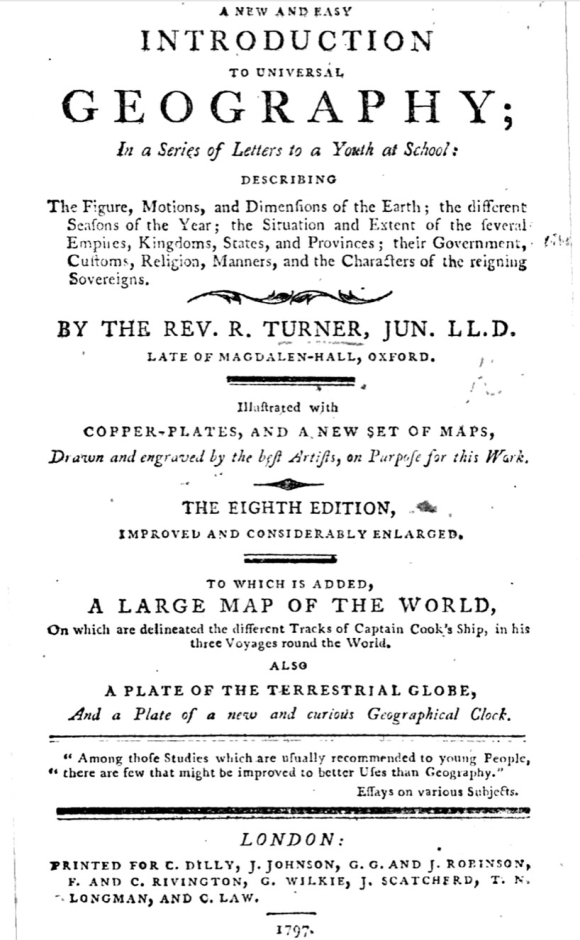 Richard Turner, A New and Easy Introduction to Universal Geography; in a Series of Letters to a Youth at School (London, 1797), Eighth Edition.

While these early publications included moralising elements, these became ubiquitous in juvenile literature relating to Cook in the 19th century.  He continued to be represented as an adventurer and explorer for the entertainment of the young, but significantly he became a moral exemplar with the stories including ethical and religious social codes for readers to learn from.

Juvenile editions of Cook’s Three Voyages round the World continued to be popular and were regularly printed in the 19th century.  They were offered at a range of price points that depended on the number and quality of illustrations included.  Images from Cook’s voyages became familiar to young audiences as depictions of islands, maps and Pacific peoples were repeated in illustrated publications and picture books. 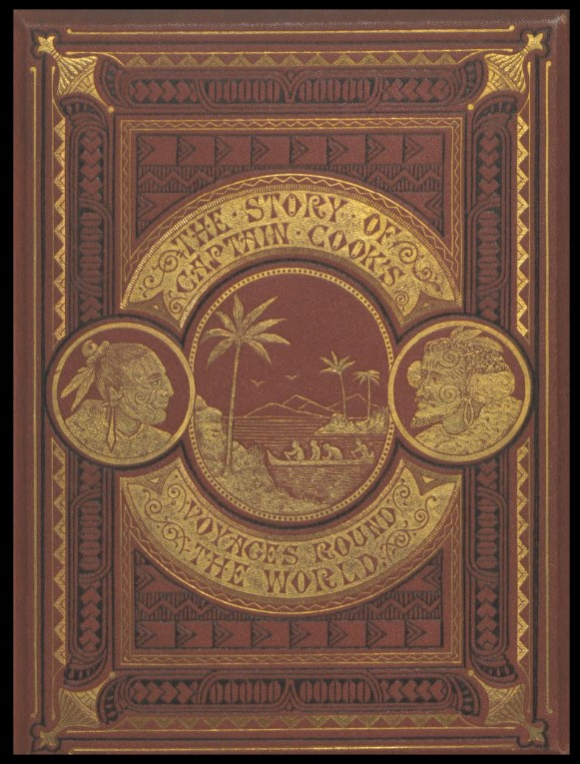 Cook was referenced in Juvenile Missionary magazines of the 19th century, acting as a well-known figure through which children were introduced to the actions and locations of missions in the Pacific.  Here, descriptions of the first engagement of Europeans with Pacific Islanders were normally accompanied with a 19th-century commentary on the perceived nature of different peoples, with views which are now considered highly problematic.

In the opening of the popular account of the voyages by R. Ballantyne, The Cannibal Islands, Cook was described as ‘a hero who rose from the ranks’ and this image of Cook as a self-made man was seen as part of his appeal.  He was regularly touted as a figure of patriotic celebration and presented as one of the greatest navigators of the 18th century, celebrated beyond Britain with juvenile volumes produced in Australia and America.

Cook was a regular subject for boy’s own stories and he featured in boy’s magazines and comics.  By 1894, when producing several additions to its Household Edition of juvenile books, Routledge placed the story of Captain Cook’s Voyages alongside Gulliver’s Travels, the Adventures of Don Quixote, and Robin Hood.

Further reading:
Richard Turner, A New and Easy Introduction to Universal Geography; in a Series of Letters to a Youth at School (London: S. Crowder, 1780). Later editions between 1786 and 1805.
Robert Davidson, Geography Epitomised; or a Tour Round the World (London: T. Wilkins, 1786).
James Lindridge, Tales of Shipwrecks and Adventures at Sea: … with celebrated voyages, amusing tales … and… anecdotes… (London, 1846).
William Mavor, LL.D. and assistants, The British Nepos; or, youth’s mirror: being select lives of illustrious Britons… Written Purposely for the Use of Schools, and Carefully Adapted to the Situations and Capacities of British Youth, (London: printed for R. Phillips, 1798), pp.420-428. Later editions between 1800 and 1820.
James Bonwick, Geography for the Use of Australian Youth (Van Diemen’s Land: sold by S.A. Tegg, Hobart Town; James Dowling, Launceston; and at Sydney, by W. A. Colman, 1845).
Meredith Jones, The Story of Captain Cook’s three voyages round the world (London: Cassell, Petter, & Galpin, 1870).
William Henry Giles Kingston, Captain Cook: his life, voyages, and discoveries. [With illustrations.] (London: Religious Tract Society, 1871).
R. M. Ballantyne, Tales of Adventure. Selected from Ballantyne’s Miscellany. With illustrations by the author (London: J. Nisbet & Co., 1873-75). 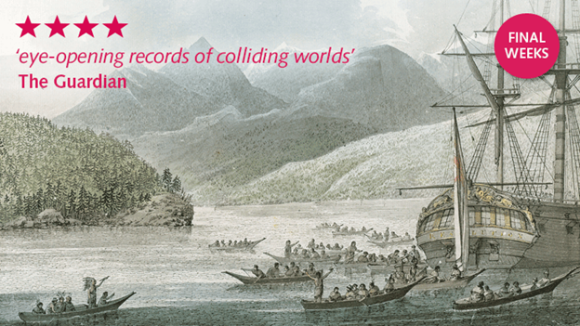