Loss of the ’Empire Windrush’

The troopship Empire Windrush is best known for carrying hundreds of migrants to London from the Caribbean in 1948.  The ship hit the headlines again six years later when it was destroyed by a fire sweeping through its decks. 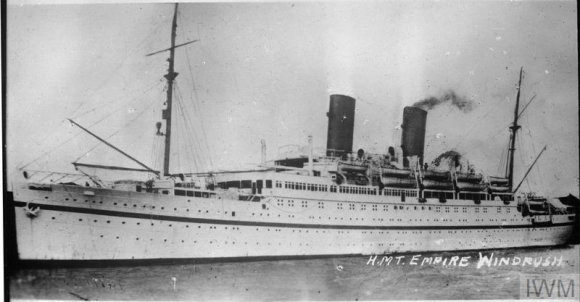 In March 1954, the Empire Windrush was bringing 1,276 men, women and children back to the UK from Japan, Hong Kong, Singapore and Suez. Many were National Servicemen returning home to be demobbed.

On the morning of 28 March the ship was 20 miles off Algiers.  At about 6.15 am officers on the bridge heard a 'whoof' of air and, turning round, saw oily, black smoke pouring out of one of the ship’s funnels.  Then ten foot high flames appeared.  There was a fire in the engine room.  Since the alarm bell system failed to work, stewards and catering staff were sent to arouse crew and passengers.

Some of the military officers thought it was a practical joke when they were awoken by stewards bursting into their cabins shouting ‘Get quickly to your emergency station!'.  Captain Anderson turned over in his bunk and continued to wait for his morning cup of tea, but then became aware of a smell of burning.  He threw on his overcoat and rushed on deck.  Hot paint from the top of the funnel was setting light to the wooden decks.  The ship’s power failed and there was no light, water, or telephone. 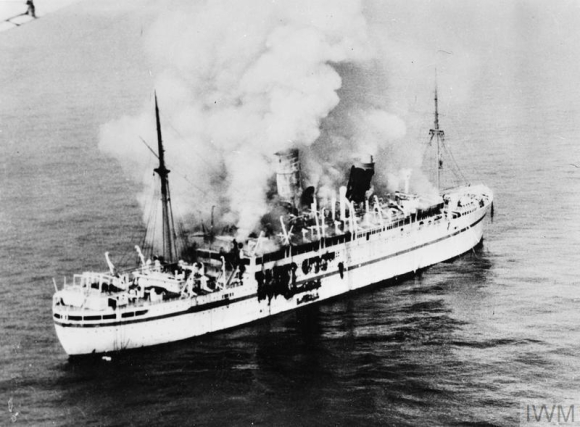 Evacuation procedures swung into action.  Lifeboats and rafts were launched and ships were sent from Algiers.  Everything proceeded in a disciplined manner.  Within twenty minutes of the order to abandon ship, all 250 women and children had been placed in lifeboats, as well as 500 of the servicemen and the ship’s cat Tibby.  One boat was damaged as it was being launched and later sank when full of survivors.  Some of these were in the sea for two hours before being rescued.  As the fire spread, the order was finally given – every man for himself.  At about 7.15 am the last men left the ship,  including the captain.

Four lives were lost - engineers G W Stockwell, J W Graves, A Webster, and L Pendleton.  Others suffered injuries such as damaged hands from going down ropes and lifelines too quickly. A relief operation was set up in Algiers and emergency accommodation found.  A soon-to-open holiday camp was commandeered.  The survivors were taken by ship to Gibraltar and then flown home by RAF and chartered aircraft, or taken by ship if they did not wish to fly.  Many had lost their clothing and possessions in the fire.  Service wives were handed a £30 ex-gratia payment by the War Office on arrival in the UK, plus £15 for each child.  Compensation for serviceman and for the families of the dead engineers was dealt with later.

An official enquiry into the loss of the Empire Windrush was held in June and July 1954.  It concluded that the cause of the fire could not be determined, but smoking, electrical fault, and sabotage were considered improbable.

Visit our free exhibition Windrush: Songs in a Strange Land - open until 21 October 2018 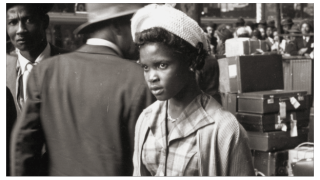 Posted by Margaret.Makepeace at 09:00:00 in Americas , Journeys