A day in the life of an East India Company Director

Every April the stockholders of the East India Company elected 24 men to serve as directors for the following year.  Two were then chosen by the directors to be Chairman and Deputy.  These ‘merchant- statesmen’ had responsibility for governing a vast overseas empire as well as dealing with administrative minutiae such as petitions from home staff.  What was a typical working day for an East India Company director in the early 19th century? 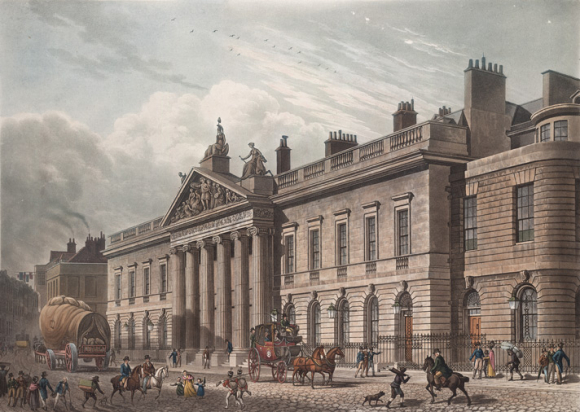 The Court of Directors met at East India House in Leadenhall Street in the City of London to take ‘cognizance of all matters of record relating to the Company’.  Thirteen directors had to be present to form a quorum.  One Court had to be held every week, but the directors often met two, three, or more times.  Proceedings generally started at 11am or midday, sometimes at 10am.  They usually broke up between 6pm and 7pm, although sittings might go on until 10pm. There were fines for non-attendance. During a sitting, some directors might go off to other parts of East India House whilst unimportant matters were being dealt with, but if something was brought forward for discussion, all directors were recalled to the Court before business continued. 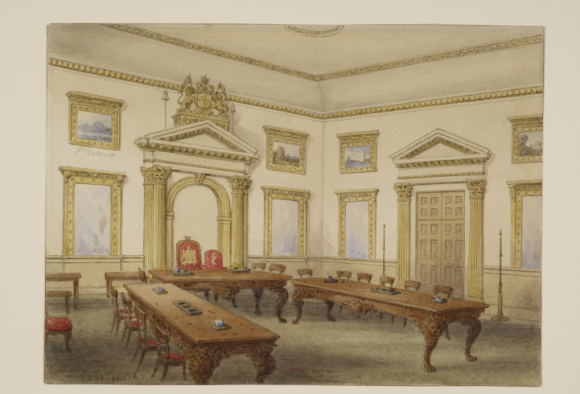 Court meetings started with the reading of all papers received since the last session. Dispatches from India were read in Court before being sent to the different departments at East India House, but the vast body of consultations copied back to London were merely referred to and read as necessary. Lengthy debates often took place. Matters were either dealt with immediately or referred to one of the specialised committees of directors. There were sixteen committees in 1813: Buying, College, Correspondence, Government Troops and Stores, House, Law Suits, Library, Military Fund, Military Seminary, Preventing the Growth of Private Trade, Private Trade, Secrecy, Secret, Shipping, Treasury, and Warehouses.

The Court then adjourned and the committees of directors convened.  About 5pm the Court came back together to consider reports from the committees and make final decisions. The Court also swore in captains and officers of Company ships, and saw civil and military servants returning to India. 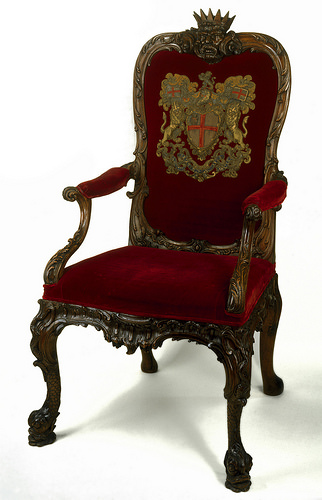 Chair used by the Chairman of the Court of Directors manufactured c.1730 - Foster 905 Images Online

Directors took turns at presiding over sales at East India House, and committees often sat on days when the Court was not meeting.  With very few exceptions, the Chairman and Deputy attended East India House every morning, and frequently were there until late in the day: ‘their constant attention is indispensable, from the frequent communication with Ministers and the Government Offices’. They often had to go to the west end of town on government business. 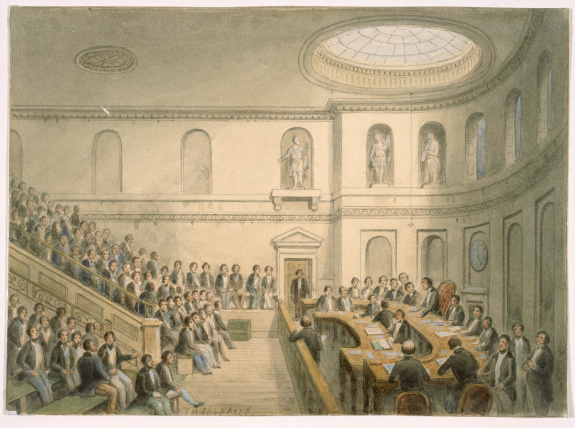 In return for their services, directors enjoyed patronage rights over certain civil and military appointments as well as a salary, fixed in 1793 at £300 per annum for directors and £500 each for the Chairman and Deputy.  In 1814, the General Court of Proprietors voted an increase: £1200 for the Chairman, £1000 for his Deputy, and £500 for directors (£700 for those on the Secret Committee or Committee of Correspondence).  Not all stockholders approved of the pay rise: the vote was 51 in favour, 21 against.

Further reading:
Proceedings of the Select Committee appointed by the General Court of Proprietors, on the 6th October 1813, to consider and report upon the expediency of augmenting the allowances to the Directors for their attendance upon the business of the Company … (London, 1814)

Posted by Margaret.Makepeace at 10:25 AM