‘Baghdad in British Occupation’: the Story of Overprinted Stamps

In March 1917, British forces captured the Vilayet [province] of Baghdad and took over the city from the Ottomans. Soon many administrative changes took place in the city, among which was the administration of the civil post office. One particular issue raised during the process was a supply of Ottoman stamps that was found in Baghdad. Before leaving Basra and other towns, the Ottoman forces either removed or burned their stamp supplies; however, they did not manage to do the same in Baghdad. The British forces decided to make use of these spoils of war instead of simply trashing them.

They proposed issuing the stamps with an overprint ‘Baghdad under/in British Occupation’. Bradbury, Wilkinson & Co. Ltd of London, the firm that once printed the Ottoman stamps, was asked to provide lists of the stamps and their values before reissuing them.

Seeing that the stamps were of various designs and values, questions were raised about where exactly to place the overprint, and whether to overprint all the stamps or only a selection of them. A certain stamp that caught the attention was a two hundred piastres stamp which bore the portrait of Sultan Beşinci Mehmet Reşat (Muhammad Rashad V, reigned 1909-1918). There were concerns about overprinting his portrait. 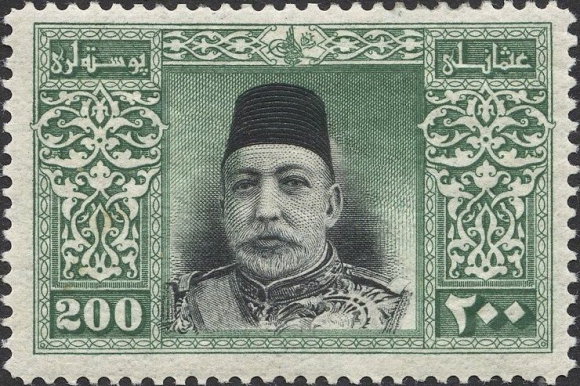 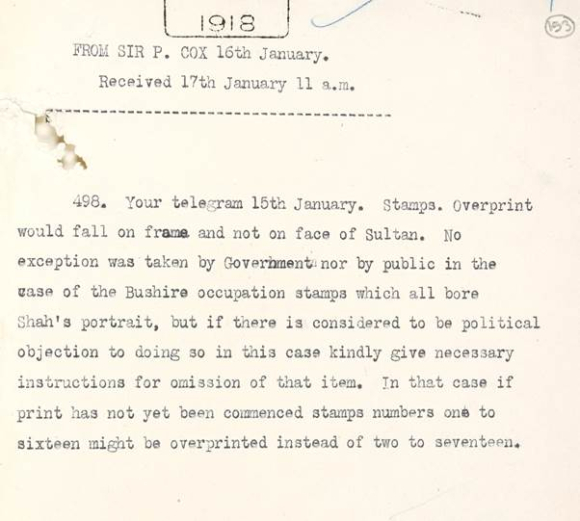 Instructions came from the Foreign Secretary Arthur James Balfour that the stamp was not essential for revenue purposes and, that it ‘would appear politically desirable to omit it from the series’. It was therefore excluded from the overprinted reissue. 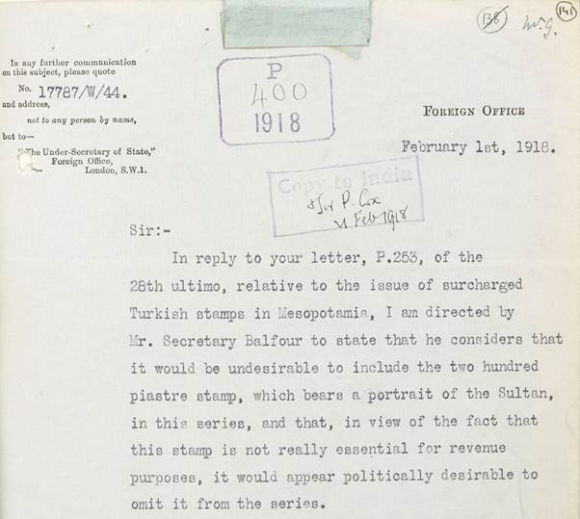 The rest of the stamps were reissued with the overprint on their frames, thereby preserving the image and the writing that appear in the centre of each stamp. Examples of these are as follows:

A green and cream stamp portraying a lighthouse, an Ottoman tuğrâ (tughra) in the left top corner, and the value of 10 paras (1/2 anna) in the three other corners. 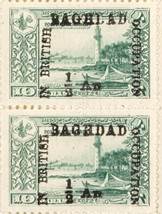 A blue and white stamp, portraying the Blue Mosque (Sultan Ahmet Camii), an Ottoman tuğrâ in the top, and the value of 1 qurush (2.5 ana) in the bottom corners. 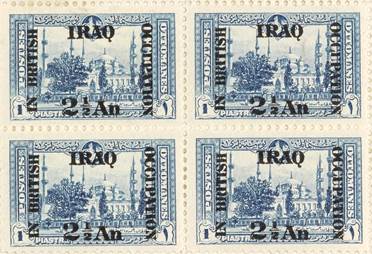 A reply postcard with a circular green stamp/watermark portraying the star and crescent emblem of the Ottoman Empire, and the Sultan’s tuğrâ within the star. The phrase ‘Ottoman Postage’ appears on the stamp both in Ottoman Turkish and in French. The stamp’s value is ten paras (1/2 anna). 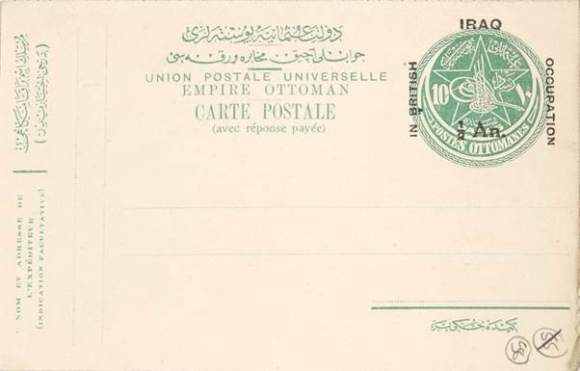 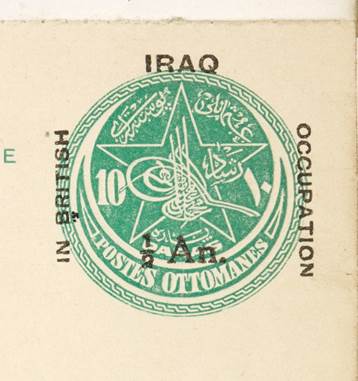 A reply postcard with a circular red stamp/watermark, with exactly the same features of the green stamp, and the value of twenty paras (1 anna). 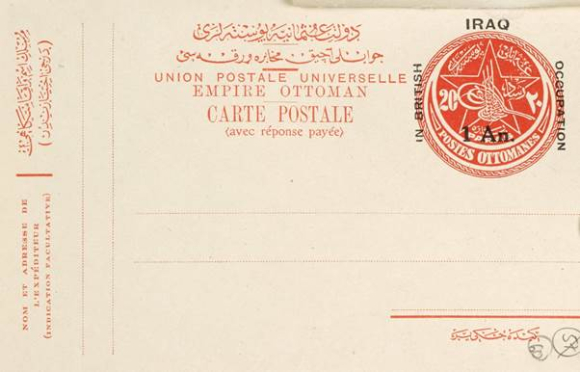 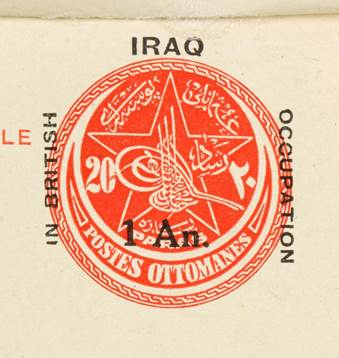 News of the overprinted stamps soon reached Buckingham Palace and the newly established Imperial/National War Museum. King George V asked for a set of four of each variety for his personal collection. 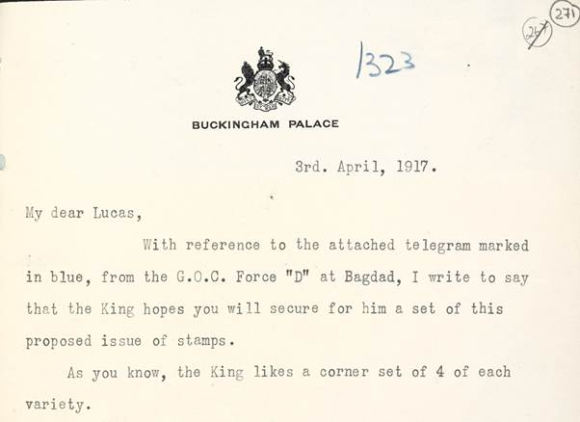 The Museum displayed its acquired set at the Imperial War Exhibition, held at Burlington House in 1918. 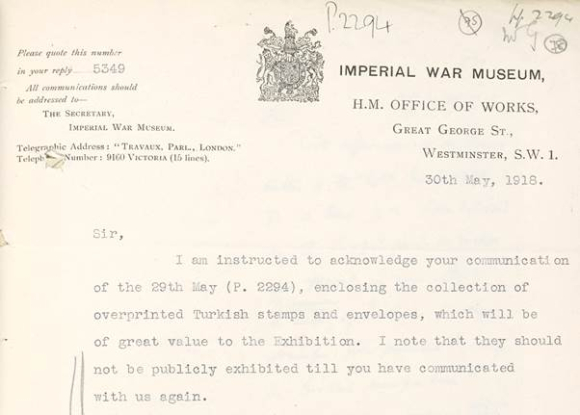 Truly, the ‘Baghdad in British Occupation’ overprinted stamps are but a representation of a crucial episode of Baghdad’s history. These stamps tell the story of Baghdad, as control of the city passed from the Ottoman to the British Empire.