‘Pierce your heart’: Letters from Europe and North Africa by Indian prisoners in the Second World War

Indian prisoner-of-war (PoW) experiences during the Second World War varied sharply, depending on where soldiers were taken captive and who their captor was.  Letters archived at the British Library, documented in military censorship reports, reveal how such experiences are inflected by differences in war fronts, military rank, individual agency – and sheer luck. 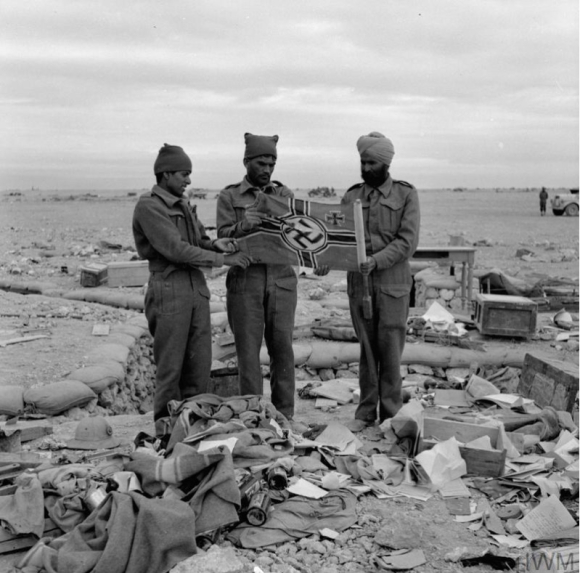 The top priorities for one incarcerated Jemadar are toothpaste and shoes.  Writing to his friend in August 1942, he describes being imprisoned in Libya and then Germany, where has ‘a comfortable time'.  However, ‘we need some other things of daily use such as toothpaste and stockings.  If it is no trouble to you please send me a pair of shoes of No. 9 size’.  The Jemadar also reflects on the emotional charge of receiving letters from home: ‘The whole of that day the memory of India was fresh in our minds'.

Imprisoned in Germany, Sepoy Ajmer Singh, one of the few named soldiers in the censorship reports, writes rather accusingly in July 1943 to Sepoy Jahar Singh in Cairo: ‘I don’t know whether you are getting my mail, but I’ve sent you a lot of letters and had no reply. As prisoners of war we have nothing to take up our minds and we look forward to getting letters, so you must write to me once a month, or better still, once a week'.  Ajmer Singh’s prescriptiveness about epistolary regularity highlights an acute sense of boredom and loneliness.  How is one to pass the time in prison? 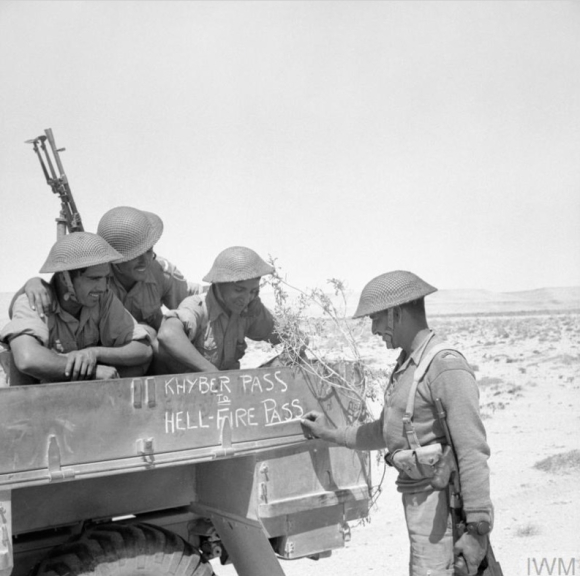 Soldiers of the 4th Indian Division decorate the side of their lorry 'Khyber Pass to Hellfire Pass'.  'Hellfire Pass' was the nickname for the strategically important Halfaya Pass in Egypt, fortified by the Germans and which the British attacked, unsuccessfully, during Operation Battleaxe. © IWM (E 3660)

This significance of emotional connections established by textual exchanges is emphasised by an Indian sepoy in December 1942: ‘We were prisoners of Germany when our British forces reached Benghazi.  Germans left all prisoners and ran away. Now we are quite well and safe.  We suffered a lot for five months and did not receive any letter from home’.  He also reveals the physical and psychological cost of incarceration: ‘Our work was very hard starting at 5 am and finished at 7 pm…We were loading and unloading ammunition and petrol from the ships, for their advance line.  Once we refused to do that kind of work saying that it was against our King and country.  They said that if we disobey their orders, we will be shot down’.

Such terrible conditions of imprisonment continue to be detailed in a letter by a ‘Hindu bearer’ to his mother: ‘Dear mother, I was taken prisoner … in the month of June… I cannot describe how atrociously we prisoners were treated by the Germans.  We were given half a pint of water and one 8oz biscuit.  This was all our daily meal.  We were employed on odd jobs, fatigues from early morning till it was dark.  We were beaten and kicked by the Germans…We have suffered such a lot which, if I write down will pierce your heart’.

It is from such PoWs that Indian revolutionary Subhas Chandra Bose started recruitment in Germany in 1941 and Southeast Asia in 1943 for the Azad Hind Fauj, which offered armed resistance to British colonial rule in undivided India.