An Irish soldier in India

In July 1859 Gunner Richard Scott wrote a letter to his father from Poona.  Scott was about to return to Britain after fighting with the Bombay Horse Artillery in the Indian Mutiny or Rebellion.  He wrote of his military experiences and asked for help in finding employment. 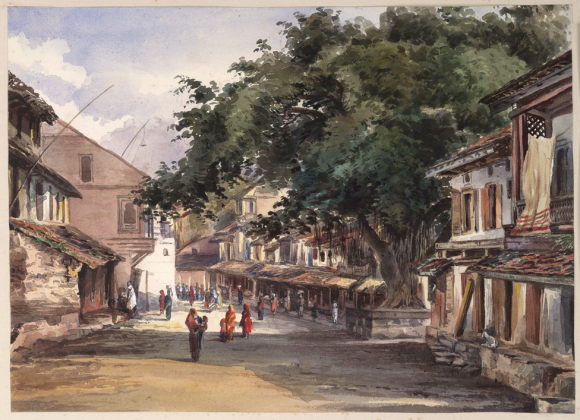 Richard Scott enlisted at his home town of Dublin on 24 August 1857 for twelve years’ service with the East India Company.  Scott was 5 feet 7⅛ inches tall, with brown hair, blue eyes and a fresh complexion. His age is given as twenty but records point to him being just seventeen, suggesting that he was joining the army without parental consent.  This is borne out by his letter home. 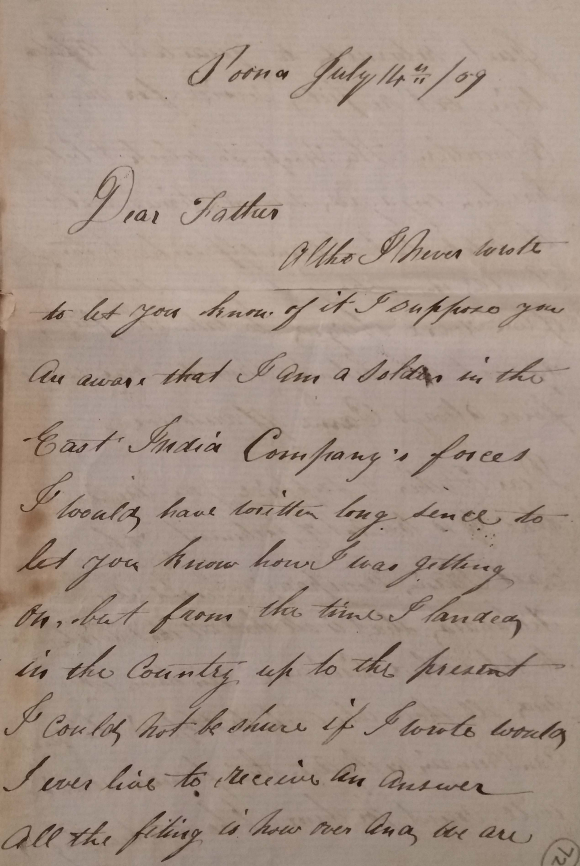 ‘Dear Father
Altho I never wrote to let you know of it I suppose you are aware that I am a soldier in the East India Company’s forces.  I would have written long since to let you know how I was getting on, but from the time I landed in the Country up to the present I could not be shure if I wrote would I ever live to receive an answer.  All the fiting is now over and we are just returned to quarters after being out on field service for nearly 18 months.  The Troop to which I belong has been engaged several times with the rebels but I came off unhurt through it all and strang to say, altho we often were obliged to take the field against overwhelming numbers, our small forse always came off victorios.

Dear Father I suppose you are aware that by a late Act of parliment the East India Company’s Troops are disbanded that is all that wish to take their discharge can have it and all those who wish to stop in the country can Remain as they are, their former service will count for them.   I have taken my discharg & come what will of it for I do not like the country, And perhaps I would never get the chace of leaving it again. Dear Father I cannot expect that you will do any thing for me when I go home again, but I will be in a very poor condition when I land, I will be left in London without one penny in my pocket and who have I to look to except you, if you can spare it Dear Father send me a few pounds that will keep me some time an buy me a suit of clothes And shurly you have interst enough to get me a situation with some Gentleman.  I would go as a groom, I have been Riding horses since I joined the service both in the Military style and the other way.’ 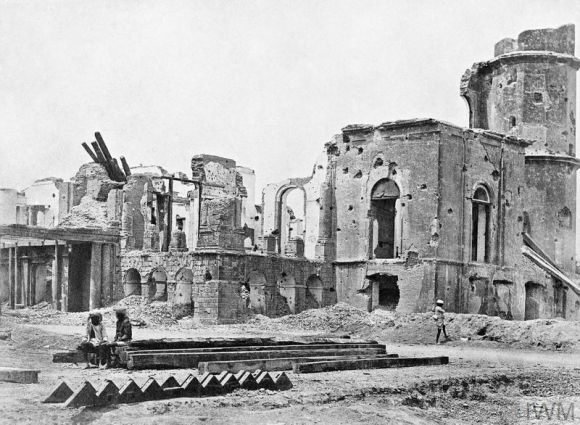 Scott was given a certificate of discharge from the Bombay Regiment of Artillery on 1 October 1859 ‘being unwilling to serve in HM Indian forces’ after the disbandment of the East India Company armies.  Sadly he died of dysentery on 26 October 1859 at sea on board the Hope on his way home.  His father John sent his letter to the India Office in 1863 with an application for payment of Lucknow Prize Money.