The 1918 influenza pandemic in India

‘Nearly every household was lamenting a death, and everywhere terror and confusion reigned.’

This year marks the centenary of the 1918 influenza pandemic. Of all countries, India was the worst afflicted. Perhaps as many as 17 millions died, in two waves of disease that swept the land in May and October.

Official documents in the India Office Records record the outbreak, progress, and aftermath of a disease for which no one was remotely prepared. Northern, Central and Western India suffered the most. The files bring together reports of sanitary commissioners from across the country, such as this despatch from the Punjab: 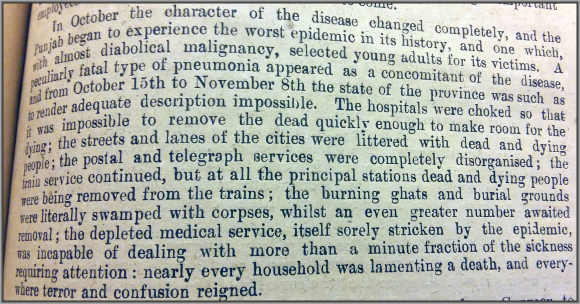 The commissioner of Bombay noted the terrifying speed of contagion:

Popular treatments included quinine, hot whisky, and aspirin.  They had no effect. Of more value were practical measures: those taken by the commissioner of Madras were typical: 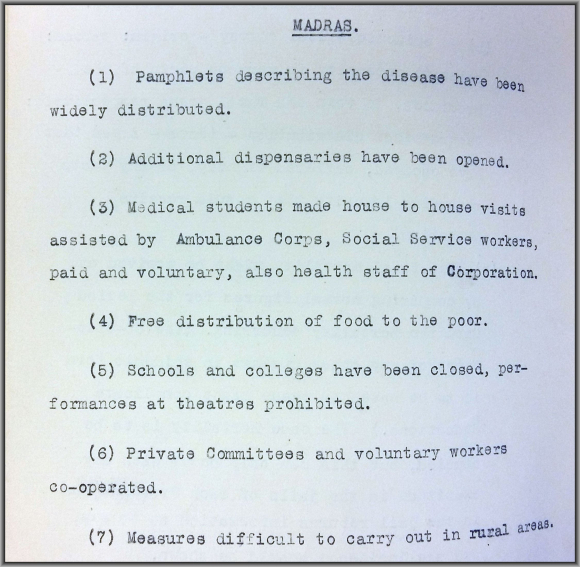 Once the epidemic had passed, the officials considered what they might have done differently. The general mood was defeatist. If America and Europe had failed to halt the epidemic, what hope had a country like India? Without a marked improvement in living conditions, it was clear that India would remain vulnerable to future outbreaks of the disease.

There was a solitary cause for satisfaction: the heroic behaviour of communities and individuals. In their thousands, members of the public, community leaders, and government servants had stepped forward to give practical and financial help: 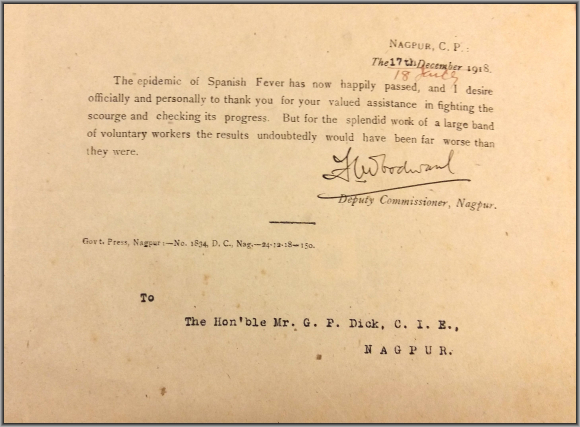 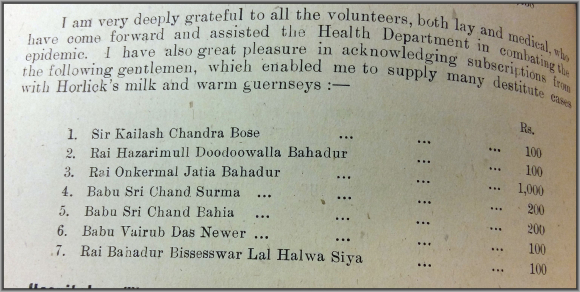 IOR/L/E/7/949, ‘Report from Health Officer, Delhi, on outbreak in Calcutta’

Without this remarkable surge of support locally, the commissioners agreed that the calamity nationally would have been even worse.

Posted by Margaret.Makepeace at 10:11 AM