The royals are here! 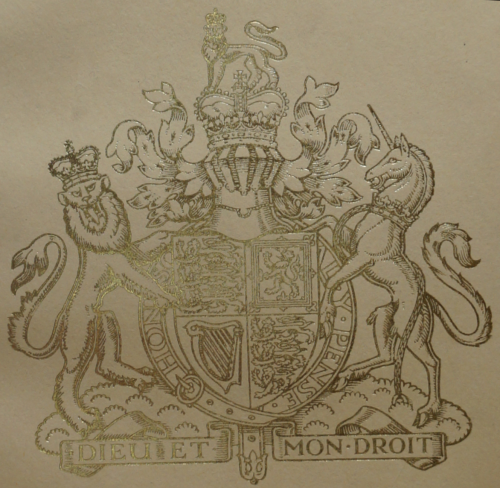 We have a vast array of images and information about British armorials, thanks to the British Armorial Bindings database. The database was created by John Morris, and since his death in 2006 has been edited by Philip Oldfield. It is a fantastic resource and - thanks to the various ways of interrogating the system - simple to use.  Royal British coats of arms (many from bindings in the British Library) have only just been added to the database.  This is due to their sheer number and complexity.  These armorials are more than simple marks of ownership, the actual motifs (called ‘charges’) throw unexpected highlights on the history and mythology of the UK. 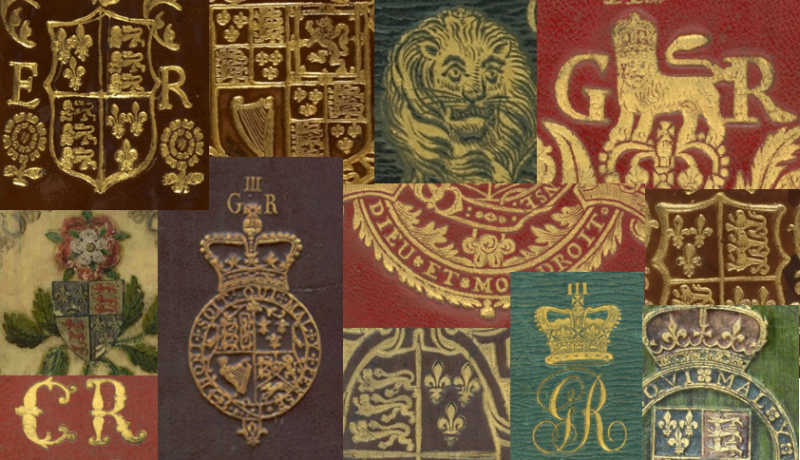 How did we recognise who was who before the invention of the internet?  Today images, personalised emojis, logos and avatars mean immediate identification is easy with a click or tap.  In the midst of a 15th century battle, though, a fully armoured knight was effectively a man of mystery unless he had a shield, badge or flag depicting his allegiance.  When a king took part in a battle his coat of arms had to be noticeable, enabling the soldiers to rally around their own royal general. 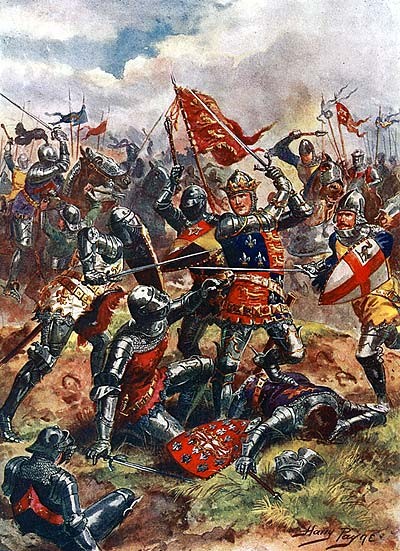 Henry V at the Battle of Agincourt, wearing on his surcoat the royal arms of England (three lions on red), quartered with the fleur de lys of France as a symbol of his claim to the French crown. Painting by Harry Payne.

All British monarchs have at least one stamp of the “arms of dominion” reflecting the lands over which they reigned. As William III did not rule over just Britain, he used the Stuart coat of arms (from his Stuart wife, Mary) with the addition of the escutcheon (i.e. shield) of Nassau in the centre to represent his lands in the Low Countries (see below). 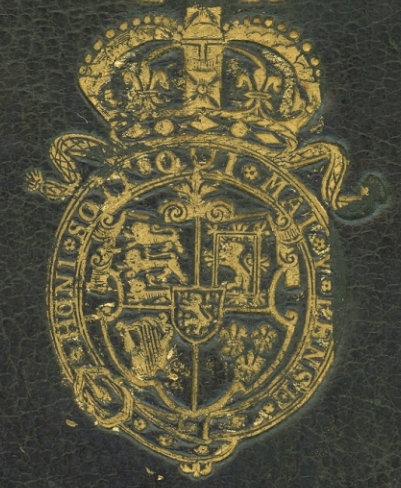 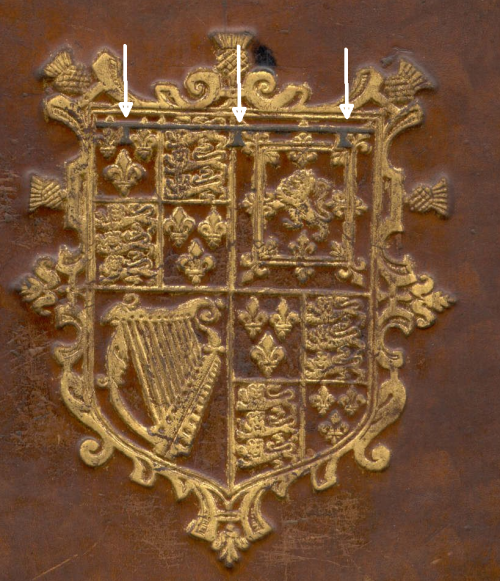 BL C.24.b.7. The white arrows point to the label of three points, a mark of cadency to indicate an eldest son, in this case Prince Henry Frederick, who died before he could become King, at the age of eighteen.

There are many royal motifs.  This link from British Armorial Bookbindings demonstrates some used on the books of the Stuart Prince of Wales, Henry Frederick (1594 -1612) Charles I’s elder brother.

A royal armorial can reflect the history of the realm. George III of England was king of Hanover, (see left below, in the centre) therefore those arms had to be included too.  This continued until the reign of Queen Victoria when it disappeared because she did not rule Hanover. 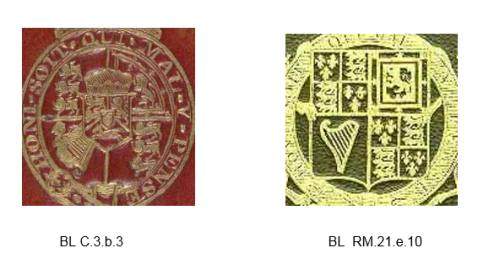 The royal armorial has also something to tell us about the myths of a country.  One of the animals which supports the British royal shield is the mythical unicorn, Scotland’s national animal.  It first featured on the arms of William I of Scotland d.1214 and was associated with purity, nobility and strength.

In 1603, James VI of Scotland, whose Scottish shield can be seen on a bookbinding here, assumed the English crown (as James I of Great Britain).  This event was reflected in the royal armorial.  The individual royal arms of Scotland, Ireland and England were brought together and have remained major elements of the royal arms today. The new shield was supported by the lion, standing for England and the unicorn representing Scotland.  Sometimes the charges are arranged in such a way as to give Scotland pride of place in dexter position. 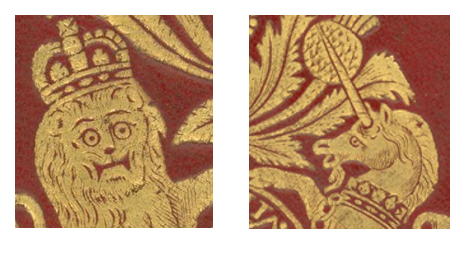 The nursery rhyme beginning “The lion and the unicorn / Were fighting for the crown” is thought to refer to the heraldic supporters.