In 1738 an anonymous book of Latin and English poetry was published ‘by a Gentleman of Trinity College, Oxford’. Its author was Benjamin Loveling (1711-1750?), a clergyman, satirist and one-time rake, who documented his liaisons in the inns and brothels of 1720s and 30s Covent Garden and Drury Lane in Latin poems inspired by the Roman poets Horace and Ovid. Loveling’s poems primarily take the form of verse epistles addressed to a circle of male friends. They are often funny – and sexually explicit. 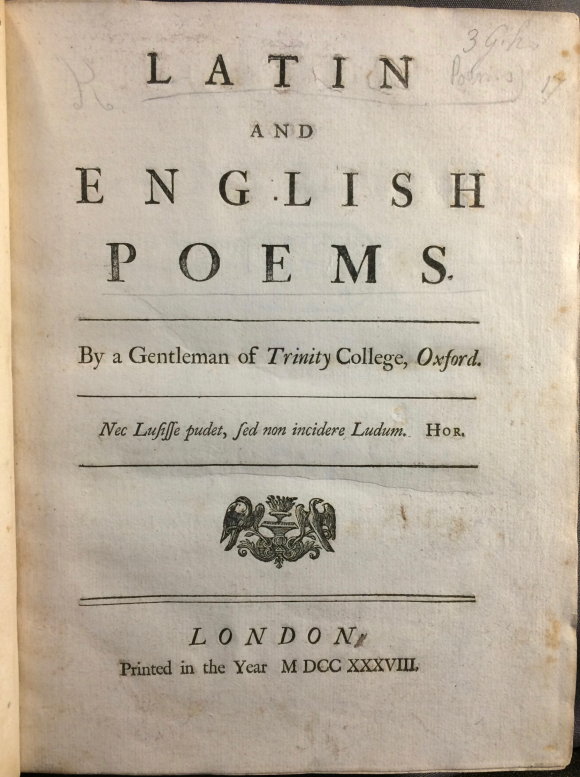 British Library, General Reference Collection 641.i.14. The title page motto is taken from Horace’s Epistles 1.14.36: nec Lusisse pudet, sed non incidere Ludum (‘there’s no shame in playing, but in not bringing an end to play’).

However, Loveling’s bawdy humour was not only at the expense of the sex workers of 18th century London. He also composed realistic and sympathetic depictions of prostitutes living in poverty, and Hogarthian social satire of the over-zealous moral reformers of the age. One such target was John Gonson, a notorious magistrate whose enthusiastic raids on brothels and harsh sentencing was satirised in William Hogarth’s A Harlot’s Progress (1731-2). Loveling addresses Gonson in his ode Ad Joannem G[on]s[o]num, Equitem (pp. 21-2): 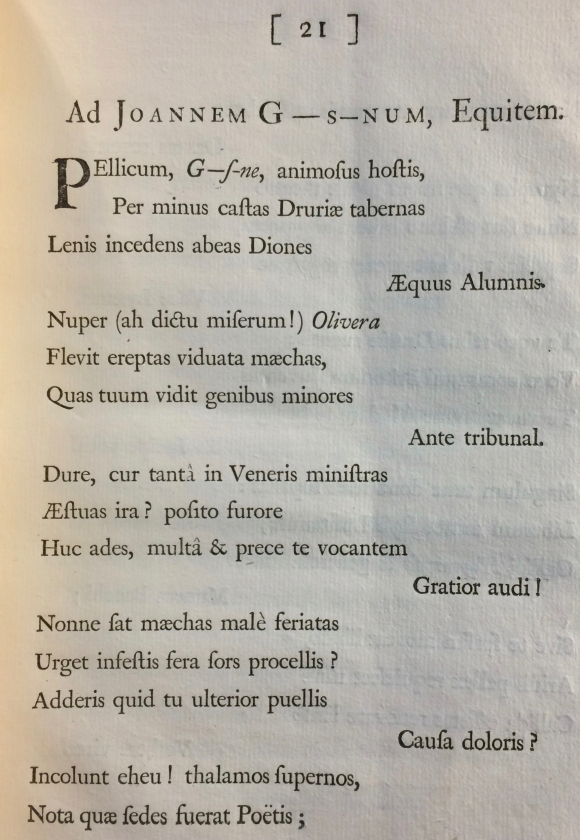 (‘Gonson, fearless enemy of prostitutes, advancing on bawds throughout the less virtuous taverns of Drury, may you look kindly on the pupils of Dione [i.e. the mother of Venus] and be gone. Recently (ah it is wretched to say!) Oliver wept, bereft of her stolen whores, whom she saw on bended knees before your tribunal. Harsh man, why do you rage with such anger against the attendants of Venus?’)

He sympathetically represents the plight of the women affected by Gonson’s harsh punishments:

(‘The girl who recently shone in the theatre now stands wretched in a dark alley, and tearing at her dress she begs for wine [i.e. ‘the loosener’] with humble prayer.’)

With typically irreverent humour, Loveling ends the ode by suggesting that Gonson might change his mind if he were to experience the delights of brothel for himself, to be entertained by wine, or a ‘skilful prostitute’ (pellex … callida). 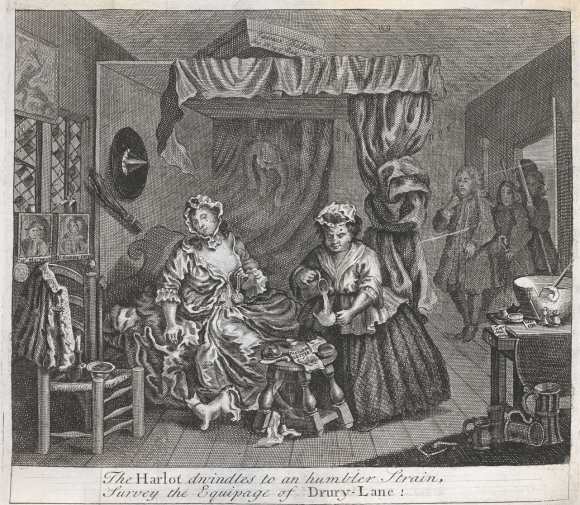 Plate 3 of Hogarth’s A Harlot’s Progress, a series of 6 paintings depicting the decline of Moll Hackabout, an innocent country girl who is drawn into a life of prostitution in London. This image shows Gonson entering with bailiffs to arrest Moll.

Why write in Latin in 18th century England? Loveling was certainly not unusual; most educated men of this period still wrote and read Latin. Given his subject matter the desire to restrict his readership to a select male audience – and obscure the identity of himself and his addresses – is obvious. He perhaps also intended to create an amusing contrast between his ‘low’ subject matter and carefully crafted Latin verse. But most of all Latin was a medium that implicitly excluded most women, and within a closed circle of male readers gave him relative freedom and privacy to give voice to the underworld of 18th century London.

How do we respond to the undoubtedly masculine – and potentially misogynistic – associations of these Latin poems today?