Souling on All Hallows’ Day

On the evening of Saturday 1 November 1873, a group of young men were drinking in the Blue Cap public house at Sandiway Head, Cheshire.  They could not have foreseen the dramatic turn of events that was about to unfold.

It was All Hallows’ Day.  In Cheshire there was a custom known as souling when groups would go about singing outside houses, receiving gifts of money or food.  Our young men left the Blue Cap about 11pm and began souling. 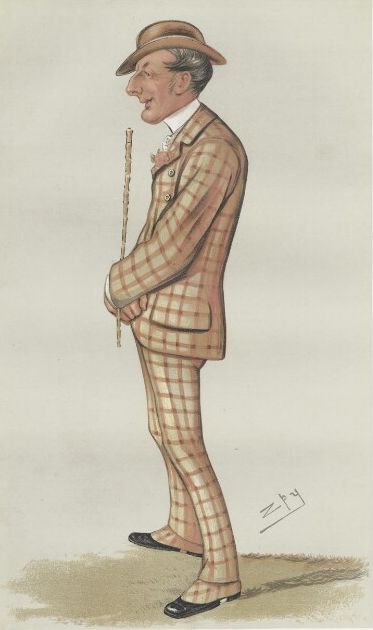 At about 11.30pm they arrived at at Dale Ford, the house used as a hunting lodge by Henry Reginald Corbet, a Shropshire magistrate and master of the Cheshire Hounds.  They sang The gentlemen of England and rang the bell.  As nobody answered, they started another song, Now pray we for our country.  The bell was rung again.  There was movement inside, then Corbet and a number of others rushed out. Corbet was holding a shotgun.  Someone shouted ‘Go at them!’ and two of the soulers were knocked over, one suffering a broken tooth.  Thomas Hodgkinson protested that they were doing no harm, only souling.

The soulers made off down the long drive of the house as quickly as they could.  Corbet followed, telling them to stop.  He fired his gun, hitting John Tomlinson in the legs.  Some of the soulers stopped and returned with Corbet and Tomlinson to the house.  Their names were taken before they were allowed to leave.

When Tomlinson arrived home, nineteen shots were found in his left calf and two in the right.  When Corbet heard about this, he visited Tomlinson, gave instructions for his own doctor to attend, and gave him £25.  However that was not the end of the matter.  Corbet was brought before magistrates, charged with unlawful and malicious wounding, grievous bodily harm, and common assault.

The trial attracted a good deal of interest and proceedings lasted seven and a half hours.  Several of the young soulers gave evidence.  In his defence, Corbet said that he had recently dismissed some stable hands who had threatened him.  When he heard noises he thought they had returned.  He had never heard of the custom of souling.  Although he admitted firing the gun, he said he did not take aim and only meant to frighten the visitors.

The jury decided their verdict in the space of twenty minutes – Corbet was found guilty of common assault.  This was greeted with a ripple of applause.  Mr Addison for the prosecution stated that he did not wish to press hard on a gentleman in Mr Corbet’s position.  The act for which he was convicted was a hasty one provoked by what he perceived to be howling outside his door.  The unpleasantness of having to stand in the dock was already a considerable punishment.

The magistrates decided that Corbet should pay a fine of £100, and enter into a recognisance of good behaviour for twelve months.  The case attracted considerable press coverage.  Some newspapers expressed the belief that Corbet had got off lightly: the Nottingham Journal contrasted the case with a man sent to prison for six weeks for pointing his gun at a pheasant.

Posted by Margaret.Makepeace at 09:00:00 in Conflict , Leisure