The fate of two forgers

On Sunday 6 February 1785 a mass hanging took place at Newgate Prison of individuals who had been found guilty of various crimes and sentenced to death.  The hangings were intentionally held publicly at the debtors' gate of the prison to serve as a warning to society that such crimes would not be tolerated. 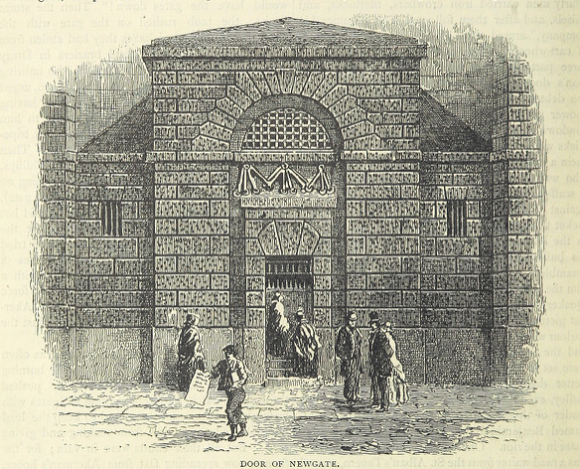 Two of the individuals hanged that day were James Dunn and William Abbott, two unrelated individuals and cases, who were both convicted of forgery and who had both attempted to defraud individuals connected to the East India Company.

James Dunn was found guilty and sentenced to death on 8 December 1784 for having forged the last will and testament of one James Potter, a seaman aboard the East India Company ship Rodney, who had died at St Helena on 14 March 1784.  Dunn had attempted to defraud not only James Potter’s widow Jenny but also the East India Company, several ship’s captains and other seamen.  The case was drawn out over several months as Dunn had successfully proved the forged will at the Prerogative Court of the Archbishop of Canterbury and it therefore had to be declared null and void by them before he could be tried and convicted of his crime.

William Abbott was also found guilty and sentenced to death on 8 December 1784 for having forged a bill of sale owed by Daniel Mcarthy to John How, a seaman aboard the East India Company ship Warren Hastings.  John How had died on board ship on 28 April 1783.  It was believed that Abbott had learned of this and of the money owed to How in July 1783 when the Warren Hastings was at Bombay alongside the Talbot, in which Abbot was a passenger.  On Abbot’s return to England in October 1784 he had forged the bill of sale to the value of £23 14s 10d and had posed as John How to claim the money from Mcarthy.

On finding William Abbott guilty, the jury had given the verdict ‘Guilty with recommendation'.  Although guilty, they believed he deserved some clemency.  The judge however appears to have disagreed and sentenced him to death.

Further reading:
British Newspaper Archive - Derby Mercury, 9 Dec 1784, reported on the conviction of William Abbott for forgery.
Reading Mercury, Monday 7 February 1785, reported on the hangings at Newgate Prison and gave details of the individuals and their crimes.