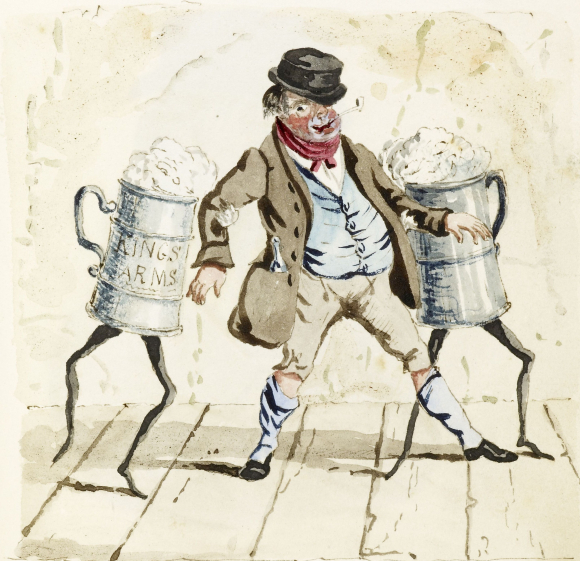 On 23 December 1766 James West wrote to his old acquaintance Robert James, the Secretary of the East India Company, with a frantic request for assistance.  West’s son-in-law Mr Archer was MP for Coventry and was concerned for Thomas Wormleighton, an apprentice in his constituency.  Wormleighton had apparently become drunk and had been ‘kidnapped’ into the East India Company’s service.  The letter claimed that he was now to be found at Gravesend aboard the East Indiaman Calcutta which was preparing to sail to the East Indies.  Mr Archer was appealing strongly  for his immediate discharge. 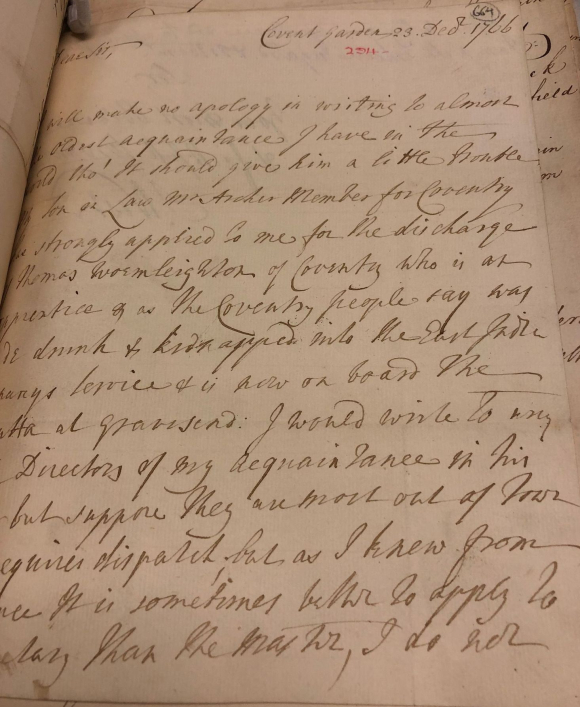 What actually happened to Thomas Wormleighton is unclear.  The letter was never put before the Court of Directors and we can’t trace a list of names for the 84 soldiers who were mustered on the Calcutta on 31 December.  Perhaps Robert James was able to do a favour for his friend and extricate the young man from his awkward situation.

One thing however is clear from this tale, getting drunk at Christmas in the 1760s was not a wise thing to do!

Further reading:
IOR/E/1/48, ff 664-665: letter 294 from James West of Covent Garden, on behalf of Mr Archer, MP for Coventry, to Robert James regarding Thomas Wormleighton, a constituent of Coventry.