Captain Bendy’s not so Happy Christmas

Christmas 1780 was not a happy one for Captain Richard Bendy of the East India Company’s cutter Hinde.  He had left St Helena on 29 November, having been despatched to Rio de Janeiro, Brazil, for repairs to his ship.  Two years in the water had left it worm damaged, and Rio was the nearest suitable port to heave down and repair the ship.  Captain Bendy arrived in Rio on 22 December carrying a letter from John Skottowe and Daniel Corneille - respectively Governor and Lieutenant Governor of St Helena - to the Portuguese Viceroy requesting permission for the Hinde’s repair and asking for protection for Captain Bendy, his ship and crew.  With Rio being part of the Portuguese Empire, and Anglo-Portuguese relations in 1780 on the whole cordial, what happened next was unexpected. 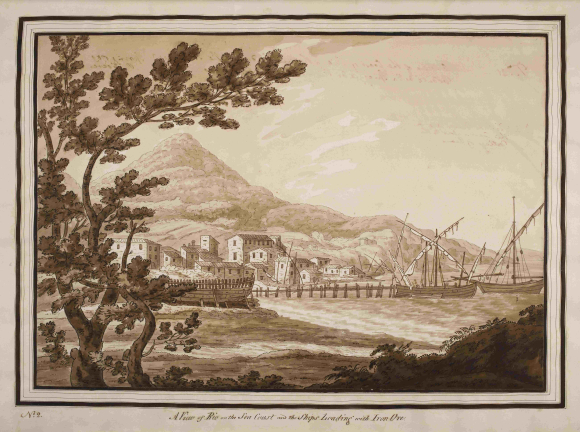 On 23 December, with his requests to see the Viceroy denied, Captain Bendy was informed that his ship was to be detained ‘until an answer was received from Lisbon to letters about her’.  He was immediately taken to ‘a common prison at night… without giving him a bed or telling him what crime had been committed’.  In the days that followed, the seamen from the Hinde were taken off and made prisoner on the island of Galoon (presumably one of the islands in Guanabara Bay), the ship was searched and its stores removed.  Captain Bendy complained of misunderstandings prompted by his lack of access to a ‘proper linguist’, and was compelled to sign a paper that he did not understand.  The Captain’s papers and the ship’s money totalling 2258 dollars were removed, although personal chests were given back to the officers and men. 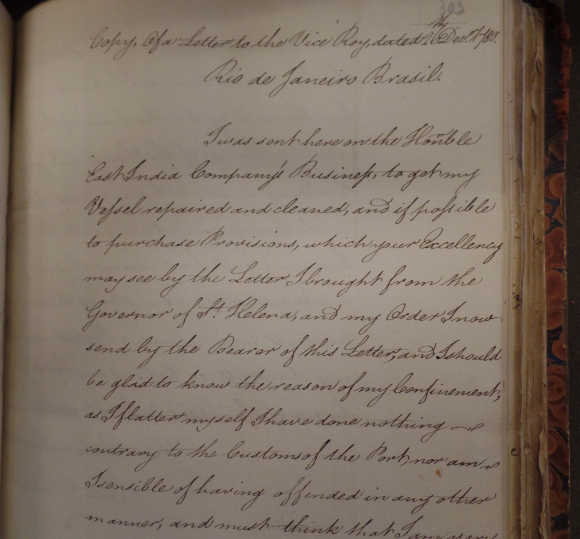 By 16 January 1781, Captain Bendy was informed that a Court had decided that the cutter and all its stores were condemned ‘and were to be sold off for the benefit of the Queen of Portugal’, the Captain and crew would be taken to Lisbon.  The ship’s colours were struck and Captain Bendy returned to prison ‘where from the badness of his situation he was taken very ill and denied assistance for some time’.

Captain Bendy and his crew left Rio on 20 July 1781 on the St Joas Baptista, leaving behind the condemned ship Hinde and six black slaves and a black ‘apprentice’.  Arriving in Lisbon on 1 October 1781, Captain Bendy had his sword and papers returned to him, and the men were free to go. 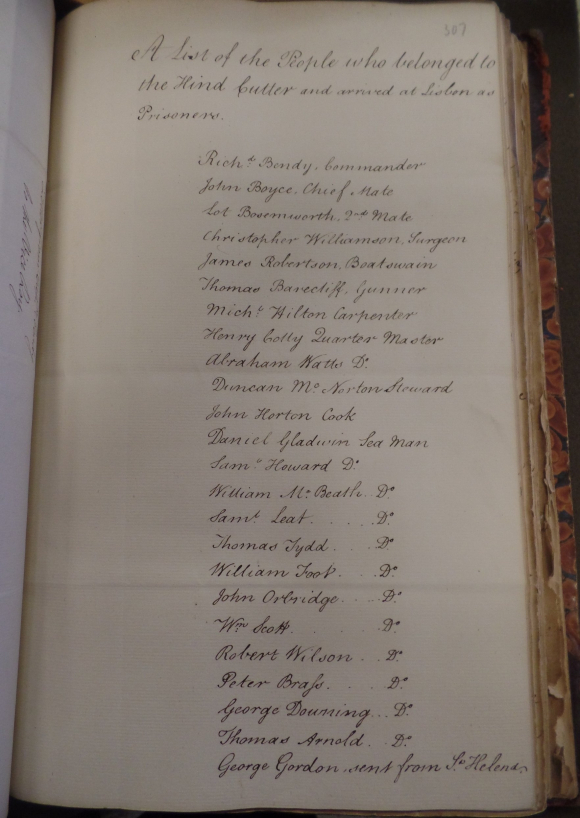 The episode did not prevent Captain Bendy’s appointment as Captain of the packet Swallow in June 1783, although the Chairman of the East India Company ‘very particularly cautioned him against illicit Trade and breaking bulk homewards’ – possibly suspicious of his activities.  Was his incarceration a mere misunderstanding, or did the Portuguese authorities suspect him of attempting to trade illegally in Brazil, where all commerce was prohibited except with Portugal?  It is not clear.  The East India Company themselves petitioned the Secretary of State against ‘the unwarrantable conduct of the Vice Roy of Rio de Janeiro’ and entreated him to obtain reimbursement from the Court of Portugal for £5503.19.4.  As for Captain Bendy, his health may well have been affected by months in jail; he died and was buried at Fort St George, Madras, on 9 September 1784.

Posted by Margaret.Makepeace at 09:30:00 in Americas , Commerce , Conflict , Journeys