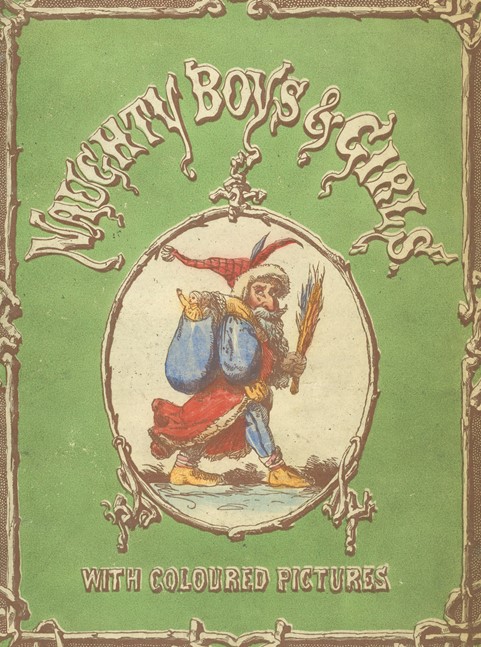 Those of us born ‘non digital’ would have regularly received a festive book or two; an annual, collections of fairy tales, ghost stories or Christmas verse.  Whatever the subject, the bindings were invariably attractive. Mass production techniques developed in the 19th century meant that books once hand-bound in leather were now available in inexpensive cloth or paper covers.  The emerging middle classes in Victorian England had money to spare for the purchase of extras, notably books, and if they were instructional as well as aesthetically appealing, all the better.  Artists were employed to decorate the bindings and they often ‘advertised’ by incorporating their initials into their designs.  Notable were John Leighton, also Albert Henry Warren, William Harry Rogers and William Ralston.  Examples of their work are below.

Naturally, Christmas would not be Christmas without Charles Dickens, particularly as many of his stories were set in the festive season.  Their popularity was a money-spinner for author and publishers alike. 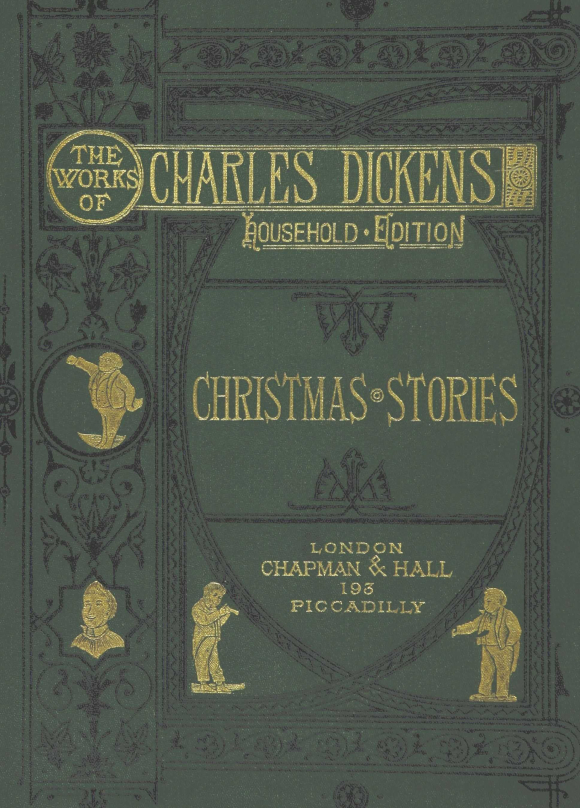 Victorian publishers exploited this lucrative new market to tailor books to the tastes of children, although the two depicted in the song book below seem somewhat depressed at the prospect! 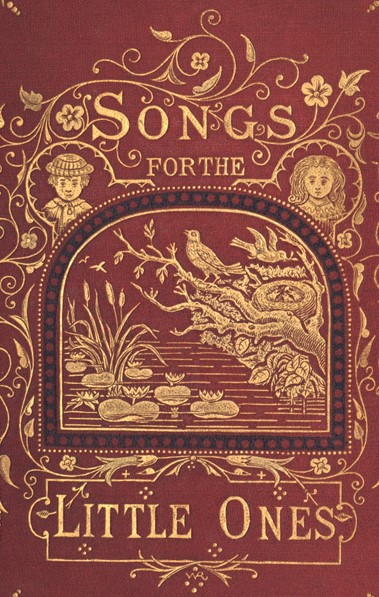 11602.cc.30. Gold blocked cloth binding designed by William Ralston.  Note the initials WR towards the centre of the tail edge.

Some children’s picture books retained a didactic flavour.  The upper cover of Simple Hans and other funny pictures and stories proclaimed 'Oh children, children come and see / This funny picture-book for you and me/ Bought by our Mama dear! / So that we may grow good and wise / And ‘neath a merry laugh’s disguise/ Learn naughty ways to fear'.

Other themes were more fun, ranging from the snowy weather to seasonal tales and traditional toys. 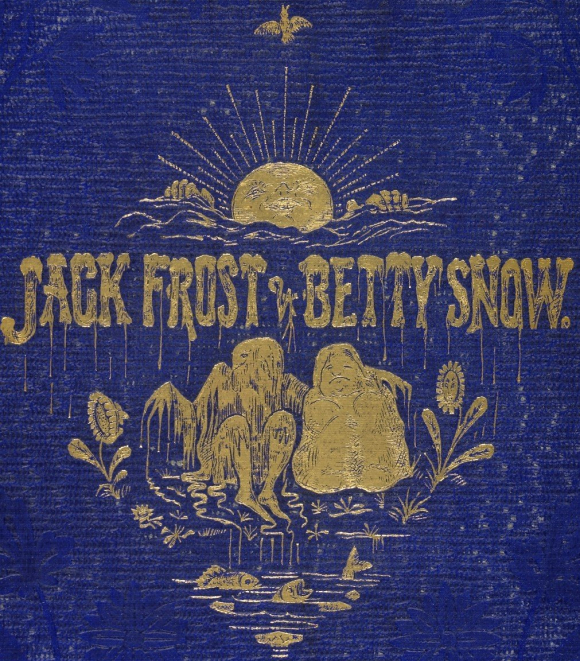 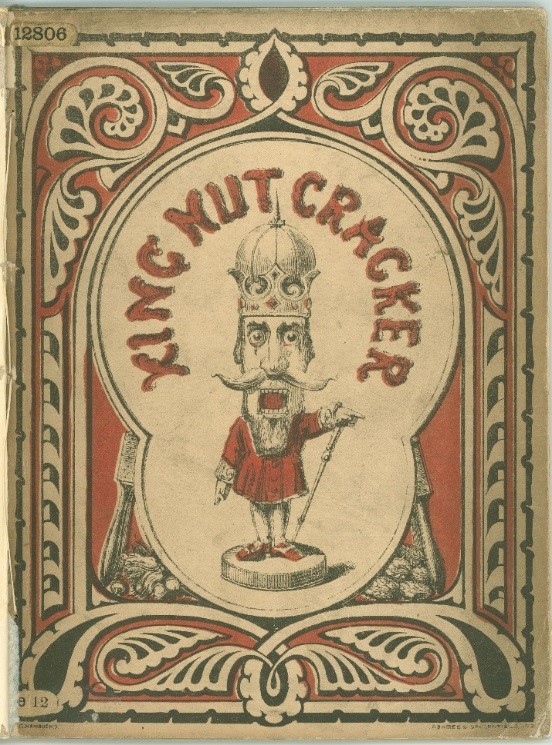 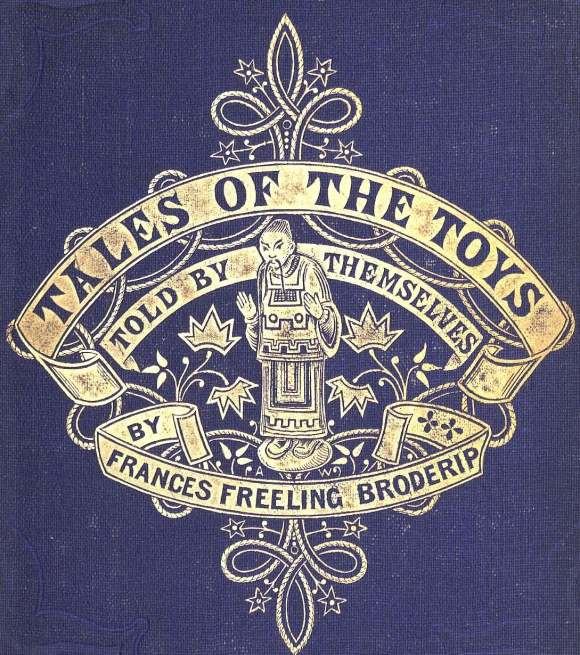 12807.ee.35.  Gold blocked cloth binding designed by Albert Henry Warren on Tales of the Toys, 1869 and bound by Bone and son of London.

Books could also promote sociability and enhance family life.  After the grand Christmas dinner, chapters containing stories, jokes, nonsense verse and other favourites could be read aloud and enjoyed by everyone. 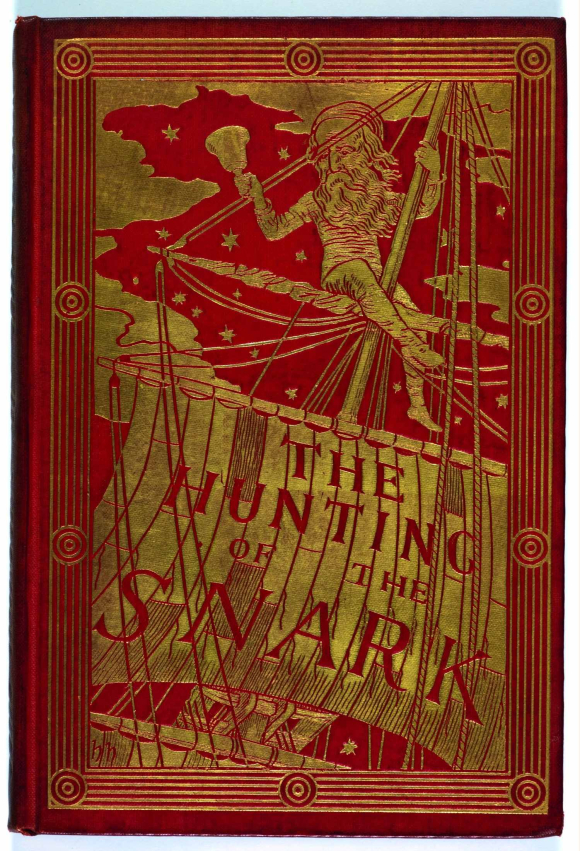 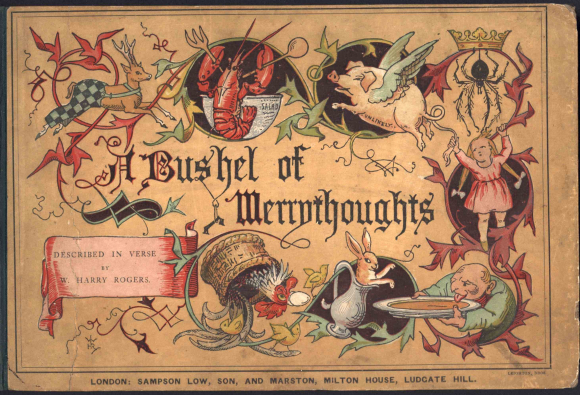 RB.31.a.43. Paper binding over boards on A bushel of merry-thoughts, 1868 designed by William Harry Rogers (his intertwined initials are beneath the red pennant to the left).

Serious-minded relatives or godparents who held themselves responsible for the spiritual or moral well-being of their young kinsfolk, sometimes felt it appropriate to give them devotional or educational works.  One can only hope that they were not quizzed on the contents! 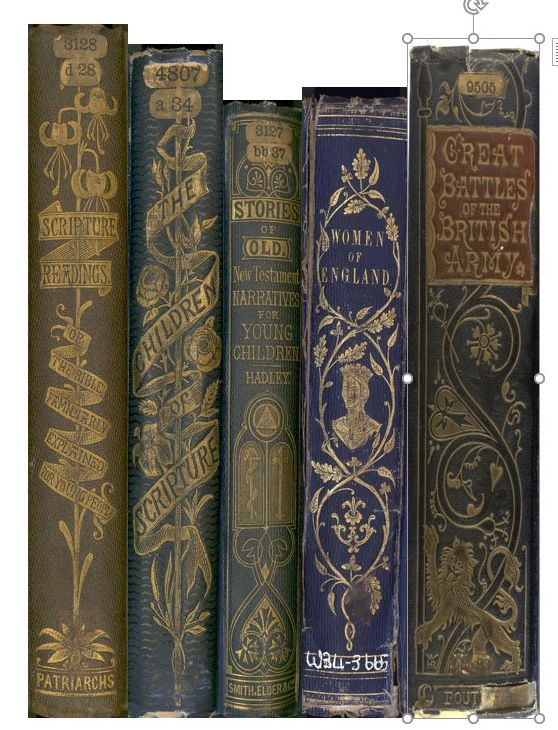 Annuals were popular, particularly as gifts to older children who could be trusted to read quietly to themselves (perhaps whilst the adults had an after dinner nap). 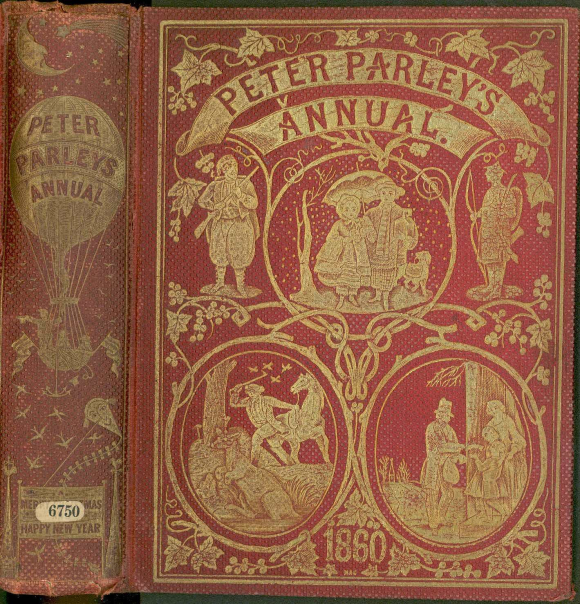 PP.6750. Gold blocked publisher’s cloth binding on an 1860 annual (note the designer’s signature MAC below the date). This was a gift from father to son as indicated by the manuscript notes inside: "Dec. 21st 1859. To My Dear Son Denis. A Reward for attention to his studies. D H Donnell".

12352.a.3. Detail from the paper cover of London out of town.  The price was one shilling.

In 1844, John Leighton wrote and illustrated the amusing London out of town. Or the adventures of the Browns at the sea side.  It was one of the earliest comic books and appealed to old and young alike. With thanks to Gillian Ridgley.

Posted by Margaret.Makepeace at 09:00:00 in Arts and crafts , Domestic life , Leisure , Rare books