On 15 June 1937, Amelia Earhart, the pioneering aviator, and her navigator, Fred Noonan, landed at Karachi airport in their specially modified Lockheed Model 10 Electra plane.  They had been flying for over thirteen hours and travelled more than 1800 miles from Assab, in Eritrea.  By doing so they’d completed the first ever non-stop flight from the Red Sea to India, as Karachi was a part of then. 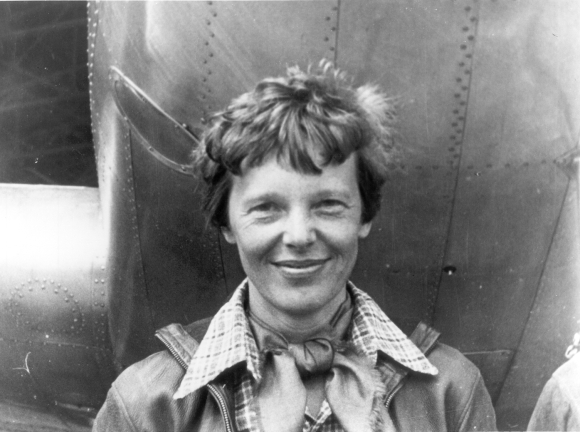 Earhart had flown from Assab that morning and had used Aden as a checkpoint along the way.  Permission had also been given to land at the British enclave should it be necessary.  From Aden, however, the Americans were restricted to flying a course along the southern coast of the Arabian Peninsula.  This restriction has often been attributed to Saudi refusal to grant permission to fly over its territory, but the region in question was not, and still is not, part of the Kingdom of Saudi Arabia.  The flight would have passed over the Hadhramaut, at the time under a loose British protectorate, and the territories of the Sultan of Muscat and Oman, where British influence and control was strong.  In December of the previous year, the United States Embassy in London had written to the Foreign Office giving details of Earhart’s plans for a round-the-world flight and requesting permission to fly through and land in British territories along the way.  The matter was passed on to the Government of India, who agreed to the flight, with certain restrictions, but envisaged complications with the stretch along the South Arabian coast. 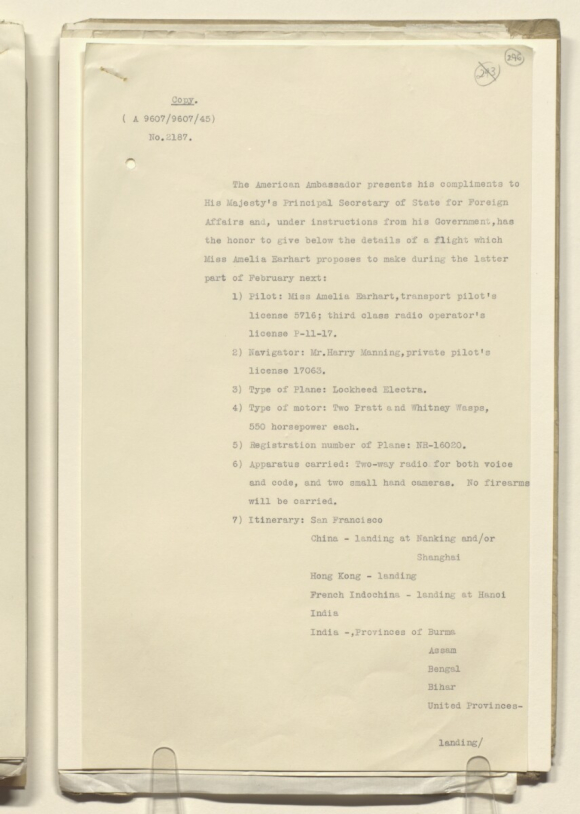 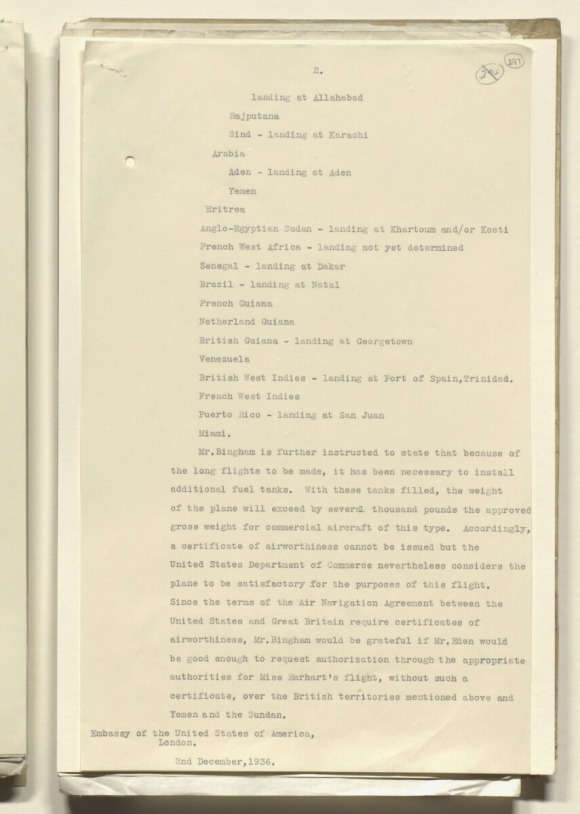 Civil aviation was in its infancy at the time and the British had been developing an air route along the Arab side of the Persian Gulf from Baghdad.  For various strategic and pragmatic reasons the British had gone to some lengths to establish control over the air space in the region, securing agreements with the Arab Sheikhs that gave them a good deal of authority over the management of air traffic. 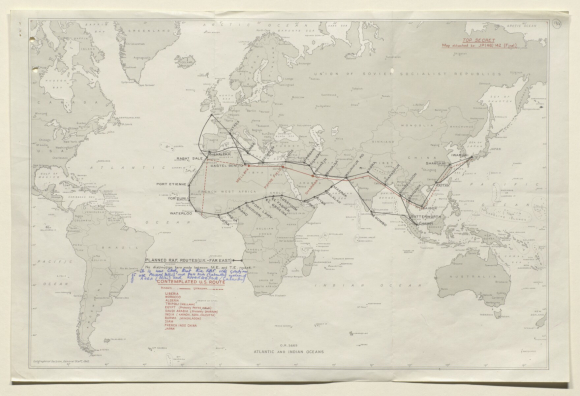 Map showing some of the Royal Air Force routes from the United Kingdom to Far East Asia, via the Arabian Peninsula and India, IOR/L/PS/12/2054, f. 134

The Sheikhs of Bahrain and Sharjah had agreed to delegate to the British the authority to refuse private aviators permission to fly through or land within their territories.  The British had so far failed to obtain the same from the Sultan of Muscat.  Earhart’s requested flight was seen as an opportunity to gain this further degree of control in the region.

The attempts of the Political Agent in Muscat, Major Ralph Watts, to secure the Sultan’s agreement to delegate such authority to the British were unsuccessful, however, and instead efforts were made by the Political Resident in the Persian Gulf and the Government of India to try to dissuade the Americans from looking to fly through or land in the Sultan’s territories.  They were told that there was little hope of obtaining permission from the Sultan and the country in question was described as “desolate, inaccessible and entirely unsuitable for any emergency landings”.  Those that did land risked death or injury at the hands of “wild tribesmen”. 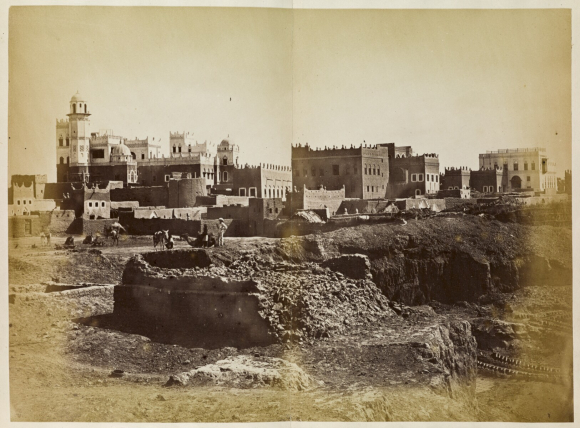 Al-Hawtah, capital of the district of Lahej, part of the “desolate” and “inaccessible” country the British warned of, part of 'An Account of the British Settlement of Aden in Arabia, compiled by Captain F.M. Hunter