'Citizens of the World' – the Collow network of merchants, agents and traders

In the 18th century there were merchants who traded on a global scale with wide-ranging projects from slaving to government contracting.  David Hancock has studied a group of these merchants based in London who developed the British Atlantic trade, calling them 'Citizens of the World'.

We have been researching the Scottish merchant brothers William and Thomas Collow.  They became residents of Le Havre, owning the ship Gosport & Le Havre Ferry which from 1788 operated as a packet boat sailing between France and Portsmouth.  The ship had previously been engaged in the slave trade and once had a famous Captain, Archibald Dalzel, author of A History of Dahomey.  It is unclear if the Collows were deeply involved with the sailing on a regular basis, but packet boats plying their regular schedules from British coastal ports were a great way for merchants to receive intelligence from Continental Europe. 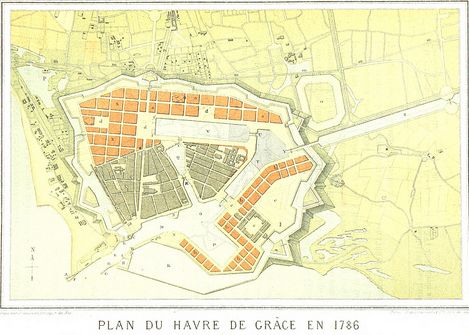 Whilst they were based in Le Havre, the Collows were arranging insurance for French ships.  Some of this business was via contact with Peter Thellusson, a Lloyd's founder and Bank of England Director, and Alexander Aubert, Governor of London Assurance Company. Both men were close associates of West India merchants Camden, Calvert & King (hereafter CC&K).  William Collow was the London contact for this network, although Thomas Collow was also well connected in his own right through his West Indies slave trading interests.

The Collows shipped tobacco from the American colonies through their Irish merchant partners the Fergusons.  The Irish connections of the Collows and Fergussons allowed them to be part of a well-established and organised trade to France, some of which was 'smuggling'.  There is evidence to suggest that there may be a link to Robert Morris, merchant in America, the supplier of tobacco to the French Farmers General.

There were strong links with Liverpool within the Collow network.  Some came about through the Collow brothers’ dealings with noted slave traders such as Thomas Hodgson and ships’ captains such as Arthur Bold.

Thomas Cheap, another of the Collow associates, had successfully negotiated the wine contract to the East India Company for the group.  His partners were the Gordons who also shipped 'specie' or gold coinage from Jamaica on behalf of the British government under contract with London merchant bankers Gordon & Murphy of Jamaica.

East India Company agents such as Charles Lindegren had connections to London merchants such as the Collows and their slave trading associates CC&K.  Lindgren was also a member of the Dundee Arms Freemasonry Lodge in Wapping, as was CC&K patron Sir William Curtis, a prominent City figure.

An important point to remember is how merchants such as CC&K and their agents used a system of 'neutral flags' for their ships. This was done on a global scale with agents in Ostend, India, Macau, China and other ports to enable movement of cargoes without restriction from the East India Company monopoly in the Pacific.  This 'flagging' provoked some serious comment: War in Disguise : or, The frauds of the neutral flags by James Stephens was published in 1805.

Further reading:
David Hancock, Citizens of the World: London Merchants and the Integration of the British Atlantic Community, 1735-1785 (1997).
Stephen D. Behrendt, 'The Journal of an African Slaver, 1789-1792, and the Gold Coast Slave Trade of William Collow', History in Africa (1995).
B.R. Tomlinson, 'From Campsie to Kedgeree: Scottish Enterprise, Asian Trade and the Company Raj', Modern Asian Studies (2002).
James Stephens, War in Disguise : or, The frauds of the neutral flags (1805).

Posted by Margaret.Makepeace at 09:00:00 in Americas , Commerce , Journeys