On display in the exhibition Cats on the Page at the British Library is the pamphlet The Pretty, playful, tortoise-shell cat published in 1817.  The illustrator is probably the caricaturist and portrait painter Isaac Robert Cruikshank, often known professionally as just Robert Cruikshank. 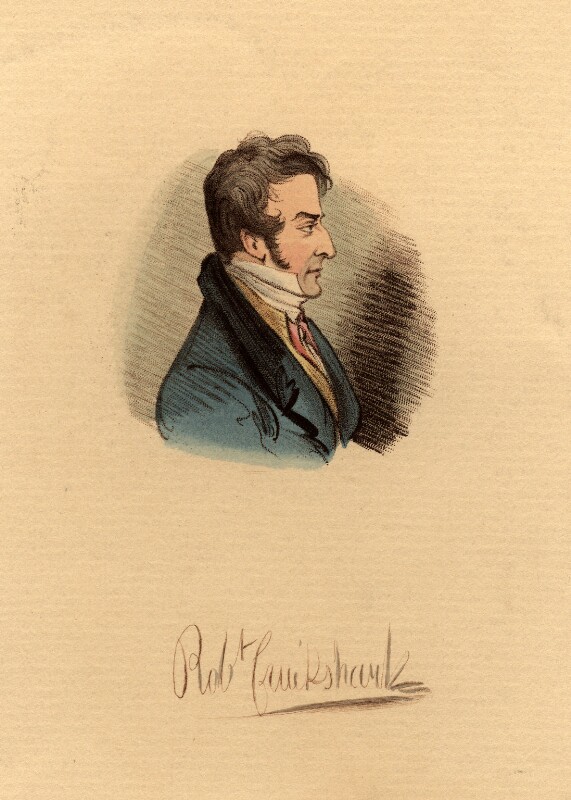 Isaac Robert Cruikshank was born in London in 1789.  He and his more famous younger brother George followed in the footsteps of their artist father Isaac.  Biographies of the two brothers tell of Isaac Robert venturing to sea as a teenager during the French Wars.  His parents are said to have secured their son a position as midshipman in the East India Company ship Perseverance.  The story goes that Isaac Robert was left behind at St Helena on the return voyage.  He had gone on shore in command of a boat’s crew, a storm arose, and he was stranded and reported to be lost.  After hiding from press gangs and suffering privations, he was befriended by the governor of the island and went home to England in a whaler.  On the way back, they met with a vessel which gave them news of the battle of Trafalgar.  His appearance on the family doorstep in London was greeted with astonishment as they were in mourning for his death.

I decided to dig into the East India Company archives to see if I could discover more about this interesting tale.  What I found was rather different!  Isaac Cruikshank appears in the crew list for the Perseverance as the purser’s servant, with the rank of seaman rather than junior officer.  The wage and receipt books show that he joined the ship in the Downs on 31 March 1804 for the voyage to China and was discharged on 17 September 1805 when the Perseverance reached England.  His wages were 45 shillings per month; after deductions he was paid £39 10s 6d for service of 17 months and 17 days.  Cruikshank collected and signed for his wages in person at East India House in the City of London on 15 January 1806, four months after arriving back in England.  Where had he been in the interim?  Was the St Helena story concocted to cover the young man’s absence immediately after the ship docked?

I did check the St Helena records to see if there were any clues there.  The Perseverance anchored there on 30 June 1805, and a muster of the crew was taken on 11 July 1805 just before the ship departed.  Cruikshank is in that muster list of crew members and I could find nothing to suggest that anything unusual happened to him.

So a cracking good yarn, but seemingly untrue.  Being told about Trafalgar by a passing ship is a nice touch.  The battle took place on 21 October 1805 but, according to the records of the Perseverance, Cruikshank had been discharged in England a month earlier.

After Cruikshank’s death in 1856, George Daniel wrote a tribute which mentioned the time his friend had spent at sea. Daniel said that Cruikshank ‘was wont to recall those happy days, when he proudly walked the quarter-deck in the uniform of his sovereign; eager, in his exuberant pugnacity, to fight the battles of his country.  But he was born to be an artist’.

Posted by Margaret.Makepeace at 09:52:14 in Journeys , Visual arts