The first baby born on the Tube

Today we are marking the anniversary of the opening of the world’s oldest underground railway on 10 January 1863 with a story about the London Tube. 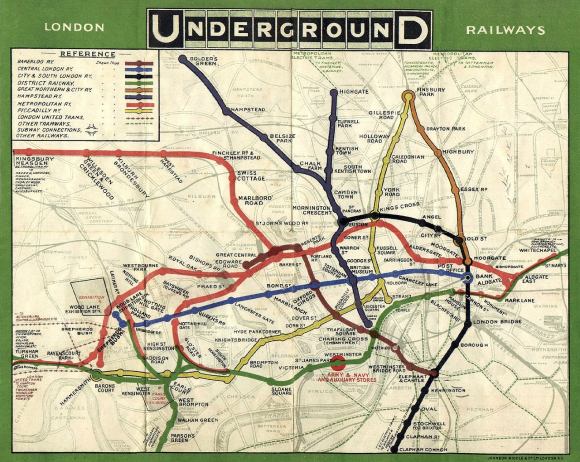 When babies were born on the London Underground in 2008 and 2009, the news spread quickly.  Most of the stories noted that the first baby to be born on the Underground was Marie Cordery on 13 May 1924, but said little else about her.

Contemporary newspaper reports paint a vivid picture of the events, albeit with some variations to the story.  According to the Uxbridge & West Drayton Gazette, Mrs Daisy Britannia Kate Hammond of Wealdstone was on her way to hospital on the Bakerloo line when she suddenly became ill at Marylebone.  The other passengers were cleared from the train, which then sped along the lines to a dead end tunnel at Elephant and Castle.  Staff had phoned ahead, and so a Dr Gulley was waiting with an ambulance.  Safely delivered, mother and baby were then taken to Lambeth Infirmary, their departure watched by a crowd of well-wishers.

The Belfast Telegraph published a slightly different version.  It stated that Mrs Hammond was taken ill as the train approached Elephant and Castle Station.  City typists on their way home formed themselves into a screen on the platform whilst porters ran for a doctor.  A  girl was born shortly after the doctor arrived.

A journalist from the Daily Express suggested to Lord Ashfield, Chairman of the Underground Railways, that he should be the baby’s godfather.  Lord Ashfield agreed, although he had some reservations: ‘I should be delighted, if the baby’s parents are willing.  Of course it would not do to encourage this sort of thing, as I am a busy man, but as this is so far as I know an event which is without precedent in the history of the Bakerloo, I think we ought to mark the occasion’.   The baby’s father George Hammond accepted the offer at once. 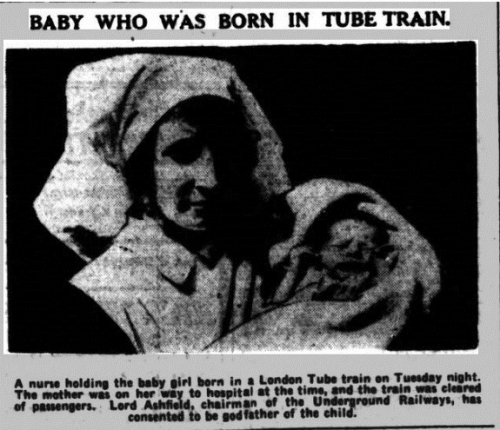 Suggested names for the baby included Thelma Ursula Beatrice Eleanor, so that her initials would be T.U.B.E., and Jocelyn because she was born during the rush hour.  Her birth was registered in Marylebone as Marie Ashfield Eleanor Hammond.  Marie married George Henry Cordery in 1947 and died in Hillingdon in 2005.

One source suggests that Marie didn’t like travelling on the tube at all when she grew up!