Persia (Iran) declared its neutrality in the First World War on 1 November 1914.  Nevertheless, owing to its oil deposits and proximity to British-ruled India, Persia became a battleground for the Great Powers during the War.  In January 1915, the Germans launched a major infiltration campaign in British occupied southern Persia.  German agents sought to instigate popular rebellion amongst the local population against Allied forces, and to sabotage and destroy British installations and interests. 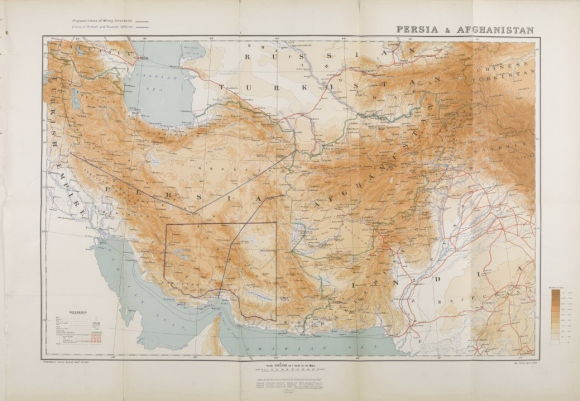 On 2 September 1915, Thomas George Grahame, British Consul General at Isfahan, and Chowdri Khan, one of the Indian sowars (cavalry soldiers) composing his escort, were attacked in a lane after riding out on horseback from the Consulate.  This attack resulted in the wounding of Grahame and the death of Khan.  The incident was viewed by Charles Murray Marling, HM Minister to Tehran, as being part of a German campaign of assassinations. 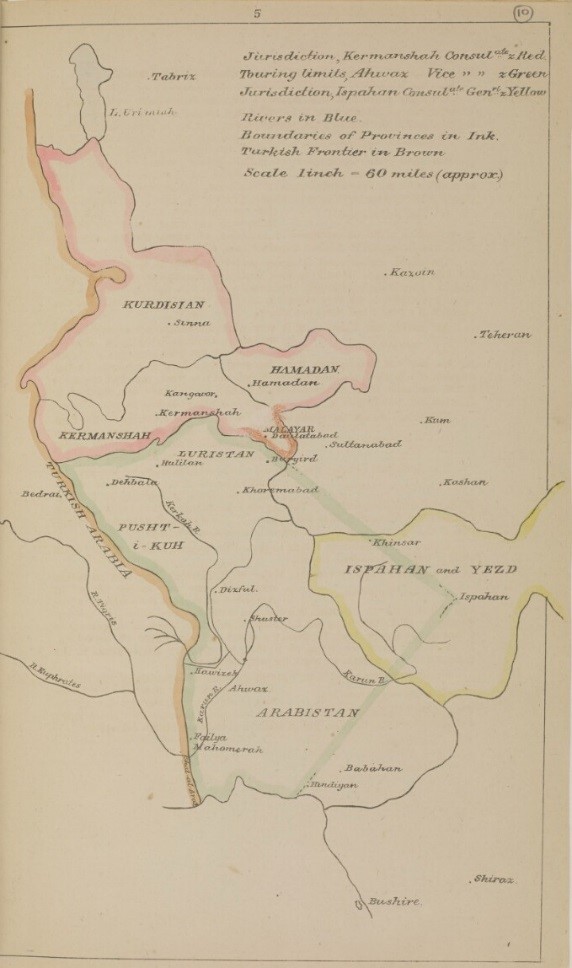 Grahame sent an account of the incident to Marling.  He recounted that he saw a man walking in front of him in the lane, who suddenly turned around and stepped to the side of the path.  Grahame ‘saw his arm raised, heard a shot and felt a twinge under [his] left arm’.  He saw the man moving in the direction of Chowdri Khan, as Grahame’s frightened horse broke into a canter.  He then saw another man, who ‘raised both arms as if to give a signal to some one unseen’ as Grahame passed him.  As Grahame galloped away he ‘heard three shots fired – presumably on Chowdri Khan’. 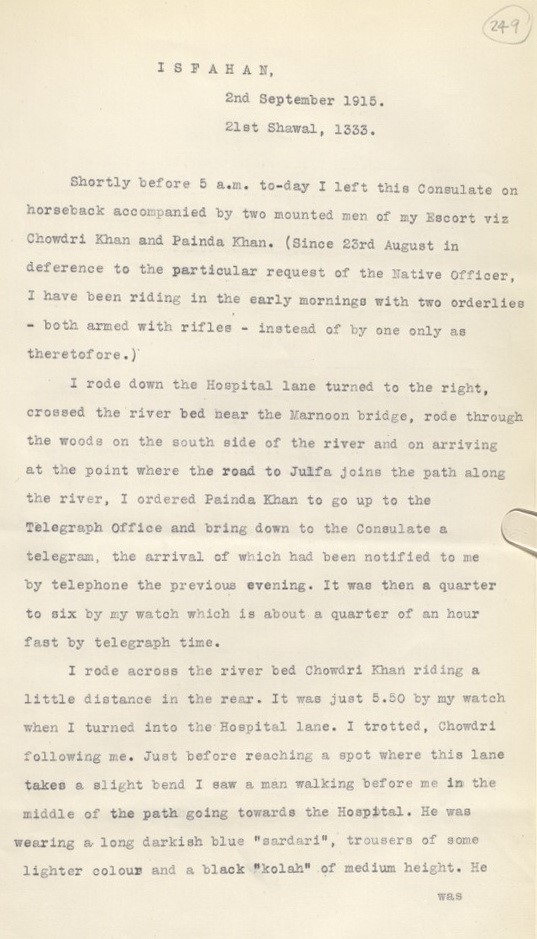 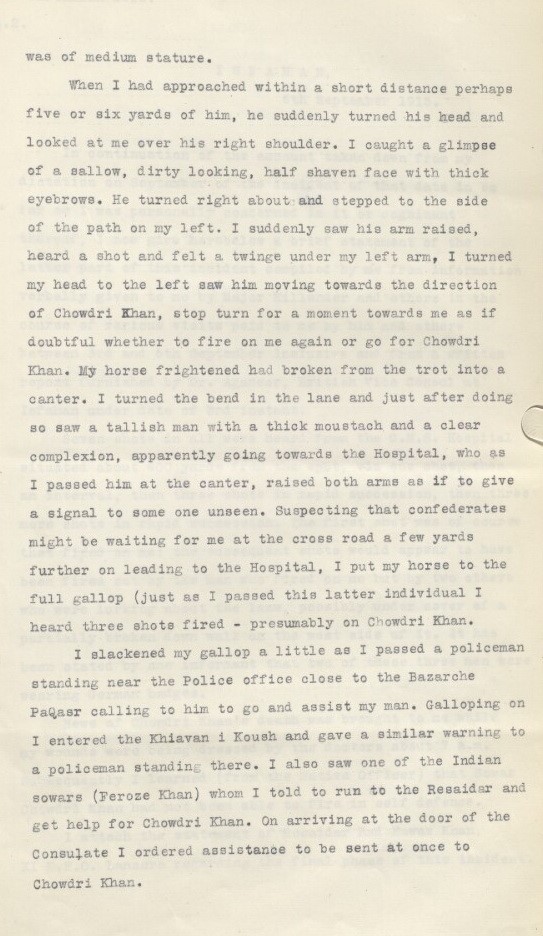 Grahame wrote that he sought help for Chowdri Khan from two policemen and another Indian Sowar he passed on his way back to the Consulate, from where orders were given to find and assist Chowdri Khan.

Resaidar Malik Rab Nawaz Khan, of the 11th King Edward’s Own Lancers, Native Officer in charge of the Isfahan Consulate General Guard, stated that Sowar Khan Mohamed Khan was the first to be ready to search for Chowdri Khan.  He left the Consulate alone, ‘regardless of dangers’, and found Chowdri Khan, ‘wounded, but still alive’.

The Resaidar stated that he hoped that Khan Mohamed Khan’s ‘promptitude and bravery’ would be ‘recognised in a fitting manner’. 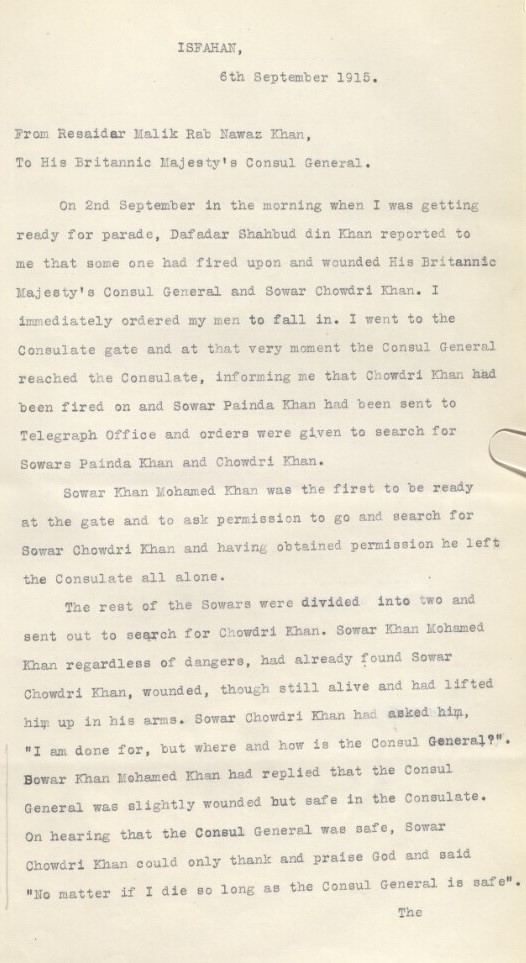 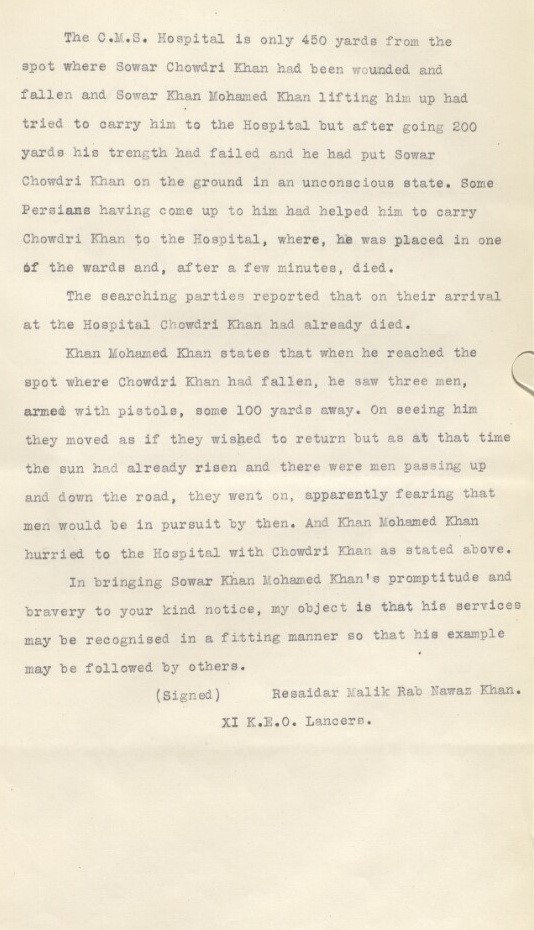 Grahame learnt that seven shots in total had been heard from the CMS Hospital.  The first was the one fired at Grahame, but the rest appeared to have been fired by two other men ‘lurking about in the lane’.  According to one informant, ‘two of these three men were wearing German badges’.

This incident was soon followed by the British Vice-Consul at Shiraz being shot and killed in the street on 7 September.  By the end of 1915, the situation in southern Persia had deteriorated so badly for the British that they decided they needed to raise ‘a force for the restoration of law and order’, the South Persia Rifles.