The BBC2 series Icons has put forward 28 individuals to be voted as the 'greatest person of the 20th century'. Candidates have been selected from seven categories - leaders, explorers, scientists, entertainers, activists, sports stars, and artists & writers -  each category with a celebrity advocate. The public are invited to vote for who they believe to be the 20th century's most important and influential figure. A winner will be put forward from each category to compete in the grand final.

So far, no women have been voted through to the final round. There is still a chance to change this in tonight's vote, Tuesday 29th January, with a vote for Virginia Woolf. 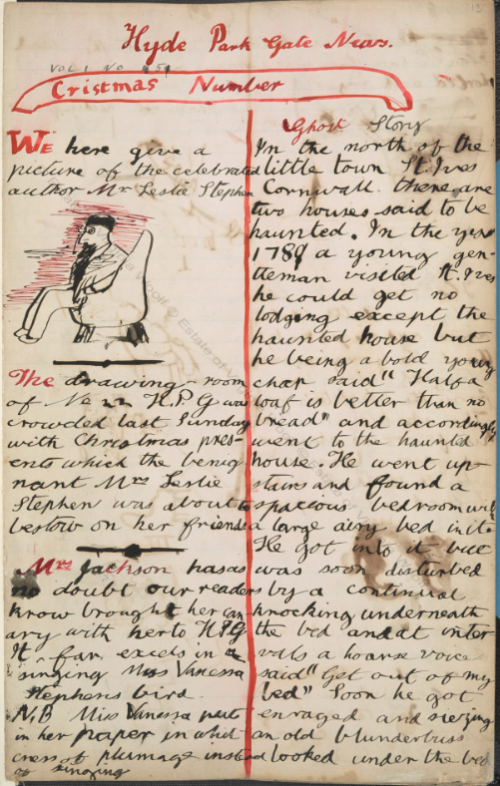 Woolf is arguably best known for her novel Mrs Dalloway, which follows the events of a single day through two main characters, the socialite Clarissa Dalloway and the First World War veteran Septimus Smith. The novel was originally titled The Hours, and a manuscript draft is held in three notebooks at the British Library. In tonight's episode Lily Cole, who is arguing the case for the artists and writers category, visits the Library to view the manuscripts. 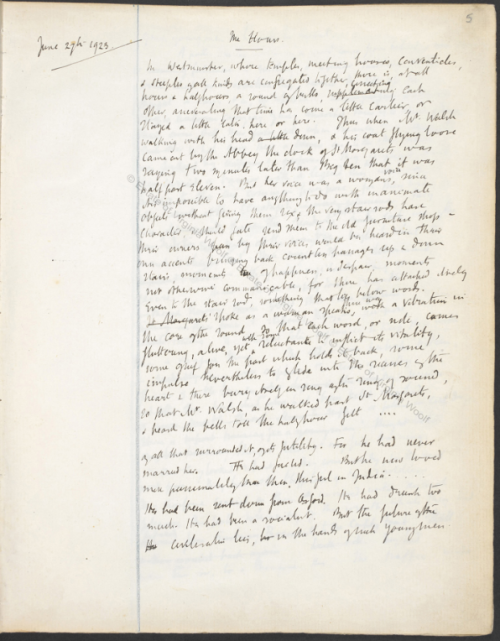 Page from the manuscript draft of Mrs Dalloway, Add MS 51044, Copyright: The Society of Authors. For further images see https://www.bl.uk/collection-items/notebook-drafts-of-virginia-woolfs-mrs-dalloway-volume-i

Mrs Dalloway is an exceptional novel for many reasons. For one the novel used a new and innovative style of writing termed 'stream of consciousness'  to express the flow of characters thoughts and feelings. It in some ways replaced the narrator of the novel, and gave the reader a direct insight into a character's innermost thoughts, which are often fleeting, changeable and contradictory.

The novel was also ahead of its time in the issues Woolf addresses. In Clarissa, Woolf considers the repressed social and economic position of women, and in Septimus, who suffers from shell shock, Woolf examines the lingering trauma of the First World War. The two characters represent doubles, with Clarissa speaking the 'sane' truth and Septimus the 'insane' truth. Woolf herself struggled with mental health issues throughout her life.

During her lifetime Woolf published nine novels that pushed experimental and social boundaries and revolutionized the style in which novels could be written.

If you think Virginia Woolf is worthy of your vote for the finalist of the artist and writer category then you can vote for her at https://www.bbc.co.uk/programmes/b0by86tp