Countess Waldegrave and Baron Carlingford, part 2: The Breakfast Club and 'the Irish Question'

Stephen Noble continues to explore the lives of Countess Waldegrave and Baron Carlingford in this second of two blog posts. The correspondence and papers of this fascinating couple were acquired by the British Library in 2016 and are now available to be viewed in our Manuscripts Reading Room.

Chichester Samuel Parkinson-Fortescue was born 18 January 1823 in County Louth, Ireland, and became MP representing the County in 1847. He met Countess Waldegrave in 1849 and was devoted to her from the start. They eventually married in 1863. 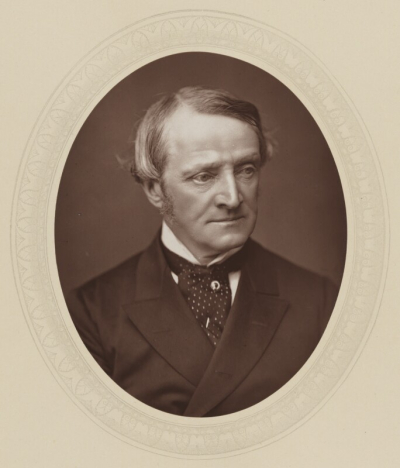 Countess Waldegrave supported Fortescue in his political career and was at the time widely regarded as the main cause of his rise through the Liberal Party, and his prominent roles in the Liberal governments of the late 19th century. The parties they hosted at Strawberry Hill were an opportunity for the top politicians of the day to network, and for Countess Waldegrave to influence the political conversation. Fortescue served as Chief Secretary for Ireland, President of the Board of Trade and Lord Privy Seal, and took his place in the Cabinet in 1868 in no small part thanks to Countess Waldegrave’s lobbying of Gladstone on his behalf. 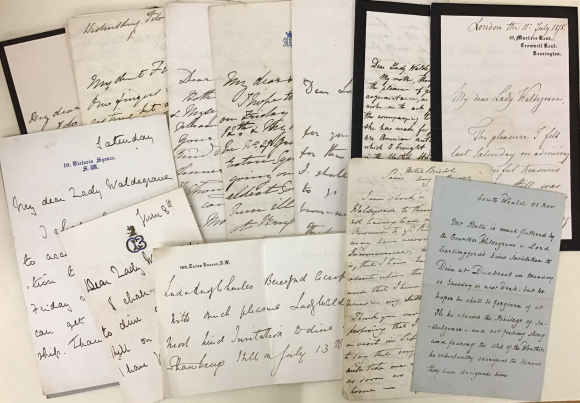 Fortescue was a member of a group called ‘The Breakfast Club’. This was a group of about a dozen leading political figures who met once a week for Breakfast, where discussion included Whig politics and Whig literary culture. Fortescue was by disposition more of a traditional Whig thinker than a Liberal one, and these meetings were a place to forge useful political connections with figures including Lord Aberdare (a Home Secretary under Gladstone), Thomas Erskine May (Chief Clerk to the House of Commons and author of an authoritative work on the British Constitution), and Lord Dufferin (Viceroy of India). 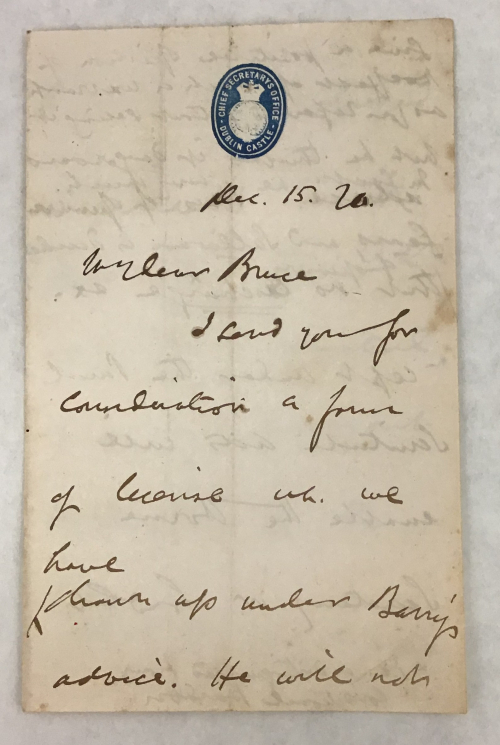 Ireland was a central feature throughout Fortescue’s political career. He was first appointed Chief Secretary for Ireland in 1865, and returned to the role in 1868. He was also made a member of the Irish Privy Council in 1866. In this time he drew up, and helped pass, some important pieces of legislation, including the Irish Church Act (1869) which disestablished the Anglican Church in Ireland. Vanity Fair commented at the time ‘it is fortunate that the new order of ideas should have been introduced under the guidance of one who knows so well as he the necessities of the country’. However, he was not rewarded for his work by the voters of County Louth, who voted him out in the 1874 election. He was immediately given the title Baron Carlingford and continued to play a role in front line politics from the House of Lords. 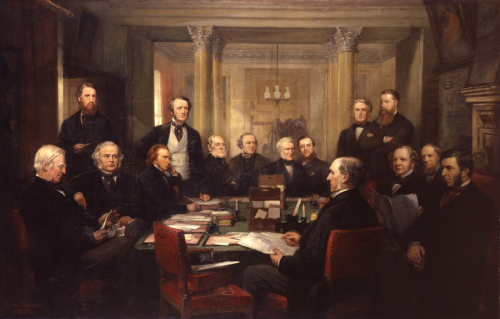 Gladstone's Cabinet of 1868 by Lowes Cato Dickinson. Oil on canvas, 1869-1874. NPG 5116. Used under Creative Commons License. (Chichester Parkinson-Fortescue is 5th from the left).

Ireland was a hotly debated political issue during this period. Legislation became difficult to pass with divisions arising between parties, and between the House of Commons and the House of Lords. For Baron Carlingford, it was the question of Irish Home Rule that led to his eventual split from Gladstone’s Liberal Party, aligning himself instead with the Liberal Unionists in 1886.

The correspondence and papers of Countess Waldegrave and Baron Carlingford (Add MS 89287) are now available to be viewed in the Manuscripts Reading Room.

Posted by Catherine Angerson at 09:36:00 in Manuscripts , Modern history , Politics

Posted by Catherine Angerson at 9:36 AM