The India Office Records recently acquired a fascinating collection of transcripts of interviews with Indian veterans of the First and Second World Wars.  The interviews were carried out by the American historian DeWitt Ellinwood (1923-2012) and his team of researchers between 1969 and 1986 as part of a historical survey of Indian soldiers, both officers and sepoys, who served in the Indian Army during some part of the period 1914-1939. 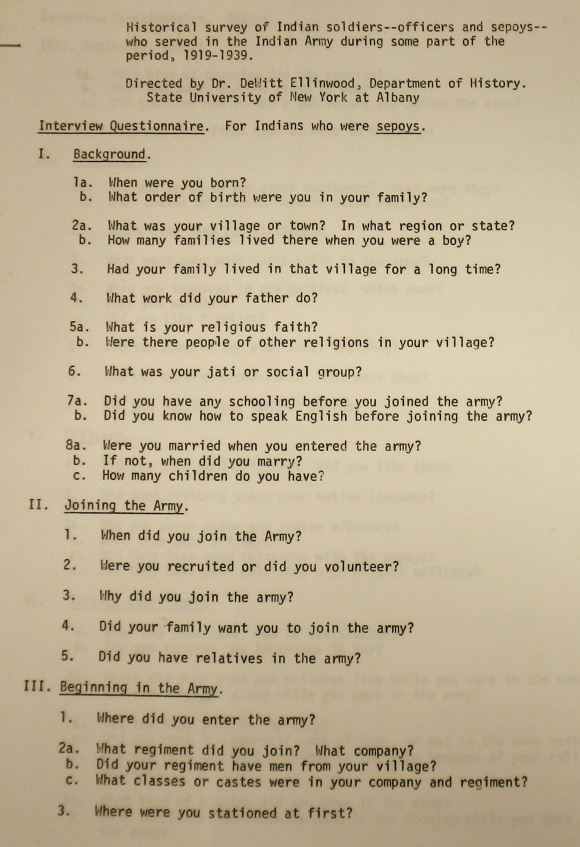 The contribution of people from South Asia to the First and Second World Wars was crucial to Britain’s war effort.  India raised the world’s largest volunteer armies for both conflicts.  For each phase of the interviewing project, questionnaires were used as a way of drawing out the veterans’ memories and opinions.  There were questions about background (where the veteran came from, his home village and family), joining the army, training, army career (regiments served with, battles experienced), experiences of British officers, service conditions (food, medical facilities, recreation, and ability to carry out religious duties), contacts with other people (British soldiers, other Indian soldiers of different castes or religions, people of other countries), personal views (did the army change their views or ideas, their political views, their views of the British), and life after leaving the army. 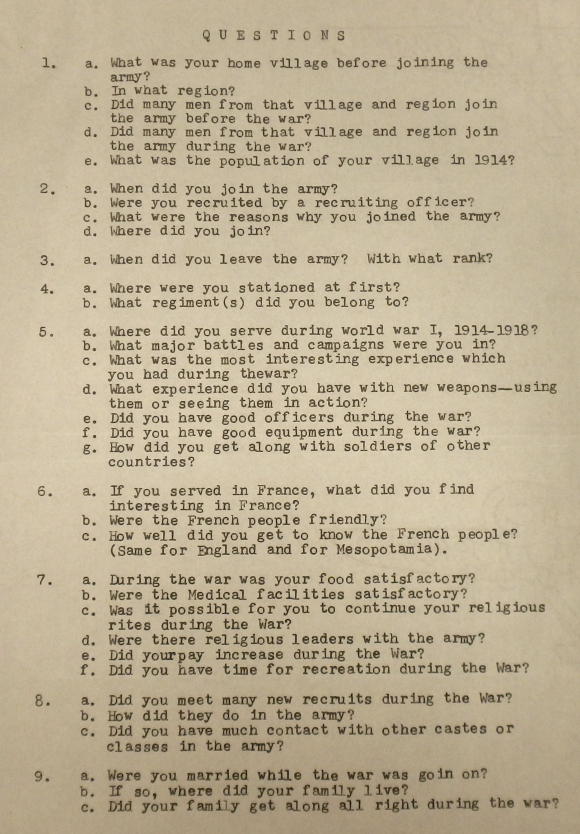 The transcripts of the answers given by the veterans give a fascinating glimpse into a period of their lives which saw great turmoil and change across the world, and an insight into what they felt and thought of that period.  The issue of British rule and the struggle for independence loomed large.  For many the experience of army life and the opportunities to meet people from other parts of the world, strengthened their belief that India should be free from British rule.  For others, the lower pay of Indian soldiers and the lack of respect from British officers led them to support the Independence movement.  Looking back, many of the men interviewed saw their army career as being a positive experience, giving them confidence in their abilities and a sense of purpose to their life. 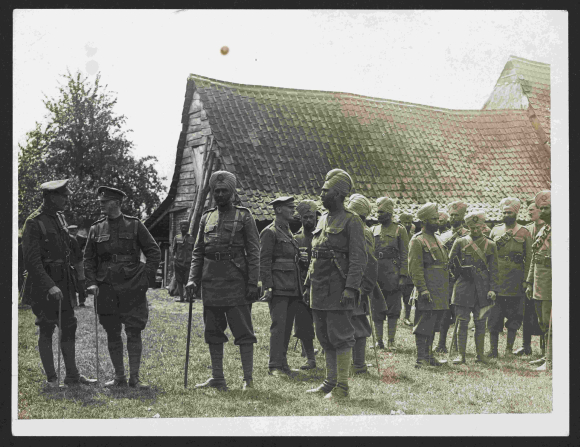 The catalogue for the collection can be found online in Explore Archives and Manuscripts .

Harriet Sherwood writing for The Guardian, “Indians in the trenches: voices of forgotten army are finally to be heard”, 27 October 2018.

George Morton-Jack, The Indian Empire at War: From Jihad to Victory, The Untold Story of the Indian Army in the First World War (London: Little, Brown, 2018).