Valentine’s Day would seem to be an appropriate time to look at the romantic life of the great painter, JMW Turner.  There were many women in Turner’s life, at least one of whom bore him children, but he never married.  The disparaging comments he made about matrimony were probably formed by his observation of his parents’ troubled marriage and perhaps as the result of an early experience.

When things were difficult at home, and for the benefit of his health, the young Turner would often stay for long periods with relations, notably his maternal uncle, Joseph Marshall, who was a butcher in Brentford.  In 1787, the twelve-year-old Turner moved from Brentford to stay with friends in Margate, where he attended Thomas Coleman’s school in Love Lane.  One of his school friends was Edward White, whose sister, Elizabeth, was the same age as Turner.  Young William was strongly attracted to Elizabeth and, after he returned to London, he visited Margate frequently throughout the early 1790s and the relationship blossomed.  Turner’s problem was that he did not feel that the state of his finances made it possible for him to propose marriage. 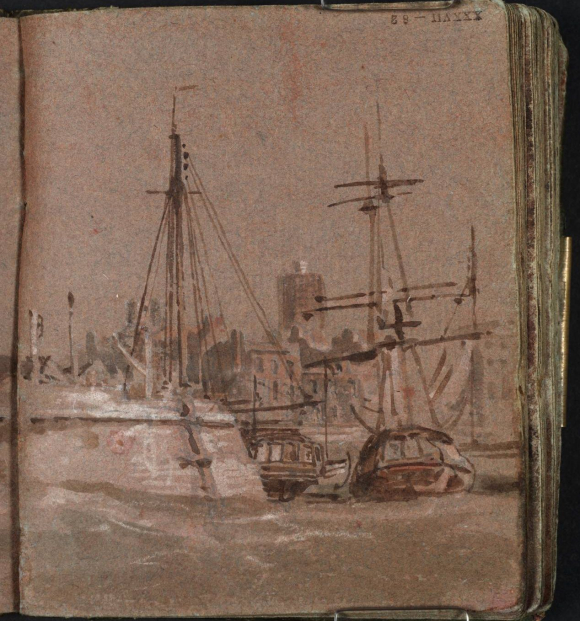 After his success at the Royal Academy Exhibition of 1796, Turner felt himself sufficiently established to propose to Elizabeth and set off down to Margate, only to find that she had become engaged to a local man, Richard Wiles.  Some of Turner’s biographers describe Wiles as a builder – he wasn’t, he was a publican.  The marriage licence describes him as Richard Wiles of St John, Thanet, innkeeper, bachelor, and the newspaper report of the wedding, in 1798, describes him as of The Bull’s Head Inn.  The confusion is probably because his parents were also Richard and Elizabeth. There is still a Bull’s Head on the site, where, in 1952, Eric Morecambe (Bartholomew) had his wedding reception when he married the landlord’s daughter, Joan Bartlett.

Turner was devastated and his friends’ accounts suggest that he suffered some form of breakdown. Sadly, Elizabeth did not enjoy a long or happy life. Her son, another Richard, was born in October 1799 but died in February 1800.  Elizabeth herself died the following year, aged 26, but I have not been able to discover the cause of her death.

Elizabeth is buried in the churchyard of St John the Baptist Church, Margate. 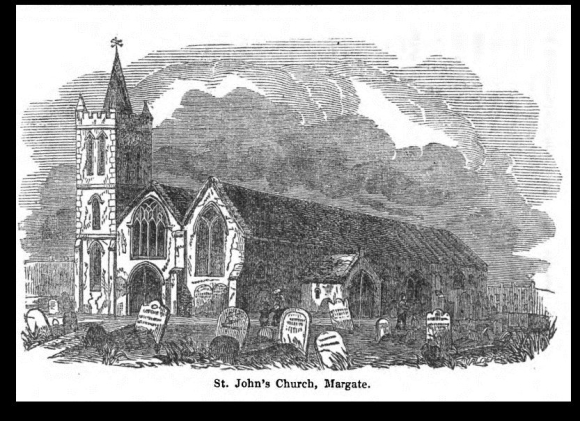 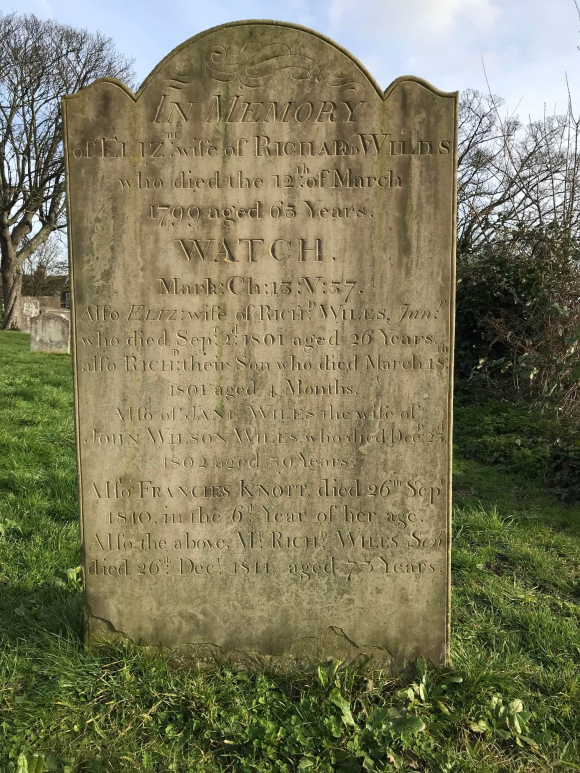 I assume that Turner knew of Elizabeth’s death from her brother or one of his other contacts in Margate but I can find no record of this.  It is, however, a reasonable assumption that this early experience contributed to Turner’s jaundiced view of relationships and marriage in particular.

Turner’s restored house in Twickenham is open to visitors.