Our last post told the story of Elizabeth White, the first love of artist JMW Turner. Today we turn to his last love - Sophia Booth.

Sophia Caroline Nollte was born in Dover, in 1798, to German immigrant parents.  She moved to Margate when she married a local fisherman, John Henry Pound, in 1818.  Sadly, he drowned in 1821, leaving her with two sons, Joseph, who died before he was six, and Daniel.

In 1825 she married John Booth, who described himself as 'a gentleman of Margate'.  He was 37 years older than her.  They established a guest house on the seafront in Margate, near the harbour.  In 1826 Sophia gave birth to a son, John Pound Booth, who died of cholera in 1832.  John Booth also succumbed to cholera in 1833 and so, once again, Sophia was left a widow, with one surviving child, Daniel Pound.

Turner stayed in the Booth guest-house from about 1829, favouring the location because of the quality of the light.  After John Booth’s death he began a relationship with Sophia.  Turner’s friend, Charles Turner (no relation) described Sophia as being like a fat cook with no discernible education.  But Turner’s love for Sophia was romantic; he wrote her poems and gave her drawings. 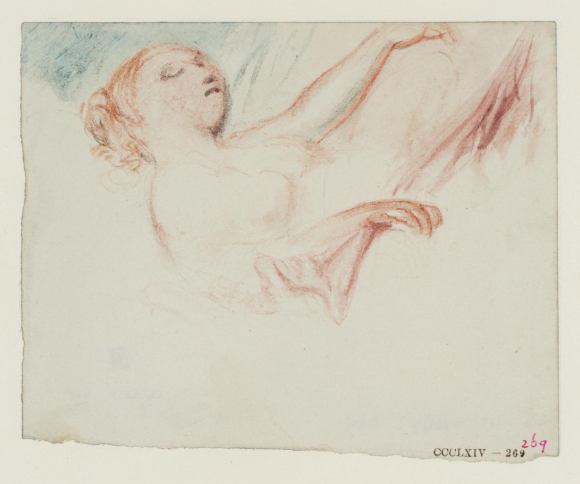 In 1846 they moved to Davis Place, Cremorne Road, Chelsea, which is now part of Cheyne Walk.  The house was rented in Sophia’s name and the neighbours assumed that Turner was Mr Booth.  He habitually wore a naval greatcoat and was known as 'Puggy Booth' or 'The Admiral' in the area.  Turner died in the house in 1851.

After Turner’s death, Sophia told his friend, David Roberts, that Turner never made any financial contribution to their life together but that he had composed verses in honour of 'herself and her personal charms' and had been jealous.  She claimed that he had told her that she was 'the handmaid of art'.

In December 1852, Sophia’s son, Daniel Pound, who had become an engraver, applied for a passport.  His travelling companions were named as his mother and Gustave Philip de Garlieb, a Danish-born engraver who worked at the Ordnance Survey. His address was the same street as Sophia, so he was either a neighbour or, possibly, a lodger.  Where did they go and what was the reason for their trip?  I am still looking for clues.

Sophia became friendly with John Ruskin, Turner’s artistic executor, and sold him some of Turner’s notebooks.  Ruskin gave her gifts, including the oval self-portrait miniature of Turner as a boy.  Turner’s first biographer, Walter Thornbury, portrayed Sophia as acting in a mercenary way after his death but Ruskin and other friends thought that this was unfair.  She had, after all, burned Turner’s letters to her rather than sell them and she gave away many of his other possessions.

In 1865, her son, Daniel Pound, sold some of the Turner paintings she owned for £4,000 and bought Haddenham Hall, in Buckinghamshire, for £1,000, where she lived until her death in 1878, aged 80.  She asked to be buried at St John’s Church, Margate, so Turner’s first and last loves lie in the same churchyard. 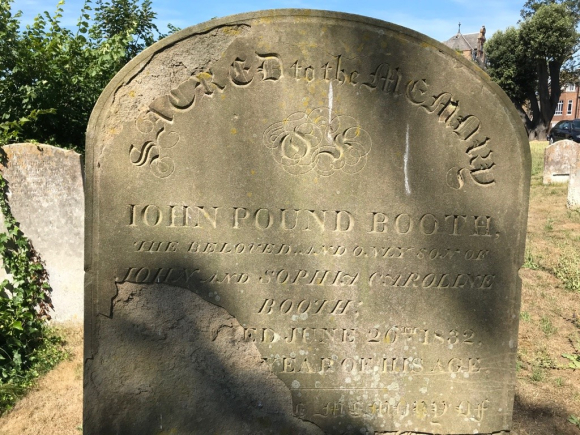 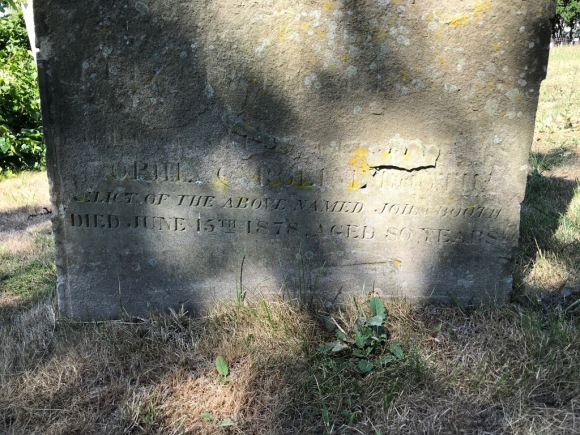