Of all the authors of the Victorian era, Marie Corelli (1855-1924) is not easily recalled, names such as Tennyson, Dickens, the Brontës and Mary Shelley are more likely to come to mind.  She has slipped into obscurity over the years.  Yet intriguingly, Corelli was one of the most popular authors of her time.  She was a bestselling author and an individual whose life contained many of the hallmarks of contemporary celebrity: fame, fortune and famous friends. 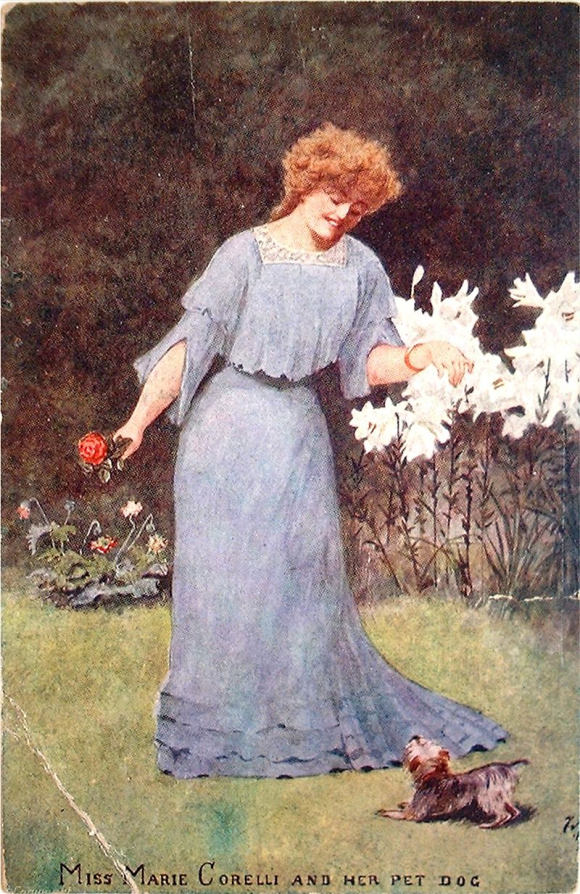 Evidence of the scale of her popularity is illustrated in the British Library’s Manuscript Collections.  There are a number of her publishing agreements in the archive of Marie Corelli’s publisher, Richard Bentley (Add MS 46560-46682).  One of these is the publishing agreement for Corelli’s book Wormwood (published only a few years into her literary career) which shows that she was offered a total of £800 for this title.  In today’s money this would be an advance of over £65,000, quite a lot of money for any author.  Such a sum shows just how much confidence Bentley had in Corelli.  He evidently believed that the investment would be rewarded. 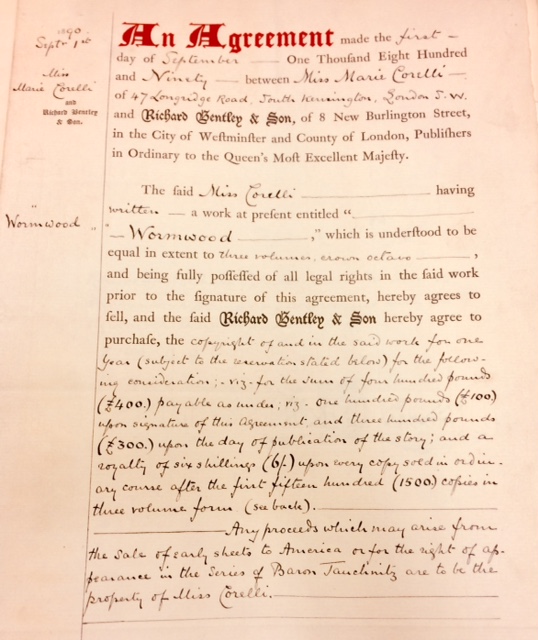 Corelli's novels combined a writing style that was melodramatic and florid.  Her interest in mysticism and spiritualism could lead to her characters expressing bizarre abilities to dematerialise and time-travel.  On top of this she had a tendency to moralise and bemoan contemporary society.  This made her novels rather liable to ridicule by critics.  However it does not seem to have affected her sales; according to the Bentley’s accounts, Corelli made over £900 in royalties alone in 1893, and £1000 in 1894. 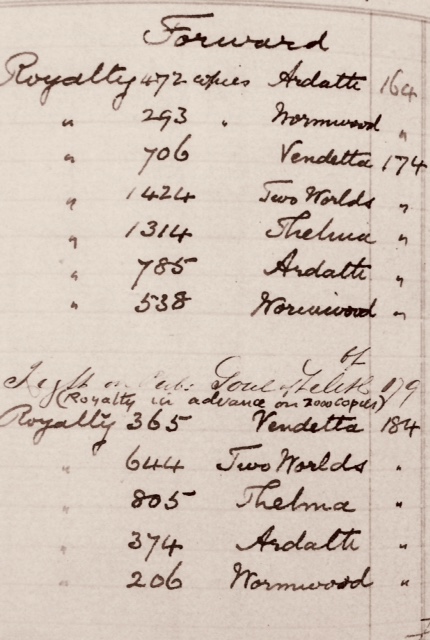 Aside from considerable sales, the stardom of Corelli is further illustrated by a number of unlikely, but influential fans, one being Oscar Wilde who stated that she told of ‘marvellous things in a marvellous way’.  She was also friends with Ellen Terry, the leading Shakespearean actress.  Another fan was the Prime Minister, William Gladstone.  Gladstone was such a fan that he popped around unannounced to meet Corelli.  To her horror, she was out at the time and was dreadfully disappointed to have missed one of the ‘profound thinkers and sage of the century’. 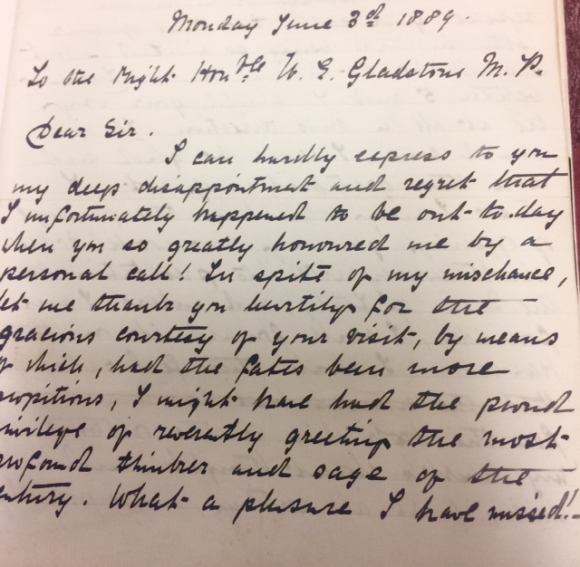 Corelli’s extroverted personality and her fame meant she was scrutinized more closely than most.  She often cut a contradictory figure.   She railed against marriage in her article 'The Modern Marriage Market', feeling that women too often were sold and traded like property, and yet she was an avid anti-suffragette.  She appealed for charity on behalf of hospitals during the First World War, but was convicted of hoarding food against regulation.  She could be fleeting with friends, but she lived solely with one woman, Bertha Vyver, for 40 years, dedicating her books to her and leaving her everything in her will. 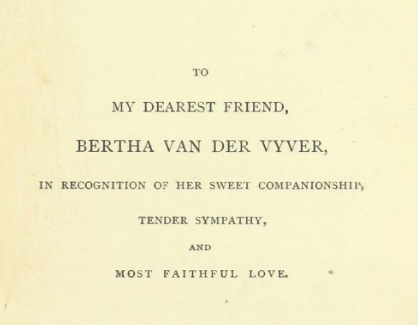 The dedication to Bertha in Thelma, 1888

A century after her death, Marie Corelli’s work is largely forgotten.  Her florid style and sentimentality became unfashionable as a new generation of modernist writers took hold of the literary lime-light.  For most of her lifetime, however, Corelli’s writing brought her great success, so much so that that most of her fellow Victorians would have known her name.

Posted by Margaret.Makepeace at 09:00:00 in Leisure , Manuscripts , Women's histories , Writing