The files of the India Office contain many different kinds of maps of pre-1947 India, which give a fascinating visual representation of different aspects of the country.  One striking example is a telephone map of India from 1934, showing projects in progress and approved. 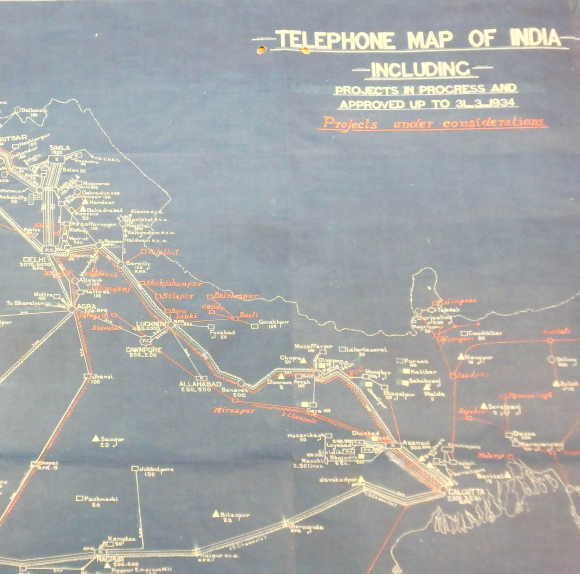 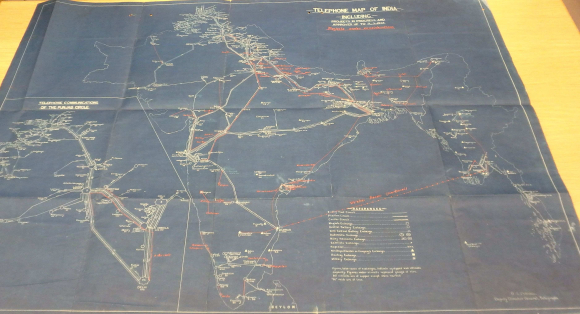 The map is in a file in the India Office Records on the subject of a radio-telephone service between India and the UK.  Communications between Britain and India had always been challenging, with a six month sea journey during the era of the East India Company, being cut to six weeks with the opening of the Suez Canal.  The development of the telegraph and later aviation speeded things up further, allowing civil servants in London to more easily communicate with their counterparts in Calcutta and Delhi. 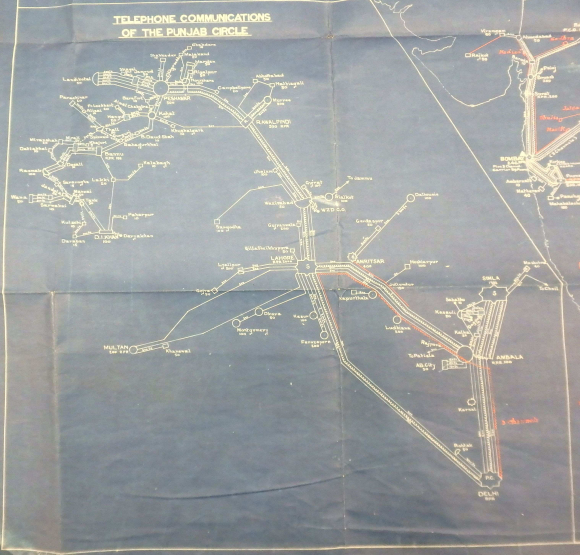 In today’s world of smartphones and almost instant global communication, it is interesting to think of the long road of technological development which has been travelled.  As the map shows, in India in the mid-1930s the telephone system only really linked the major urban centres, with most of the country not yet connected.  In a letter to His Majesty’s Postmaster-General, dated 29 September 1934, Lord Willingdon, Viceroy of India, stated that the development of the telephone was being slowed by a lack of demand, with Indians making comparatively little social use of the telephone, often due to the distances involved and the cost of a telephone being larger than the incomes of a large proportion of the population.  Despite this, progress was being made, with 36,000 miles of aerial trunk lines having been installed in the previous years to 1934. 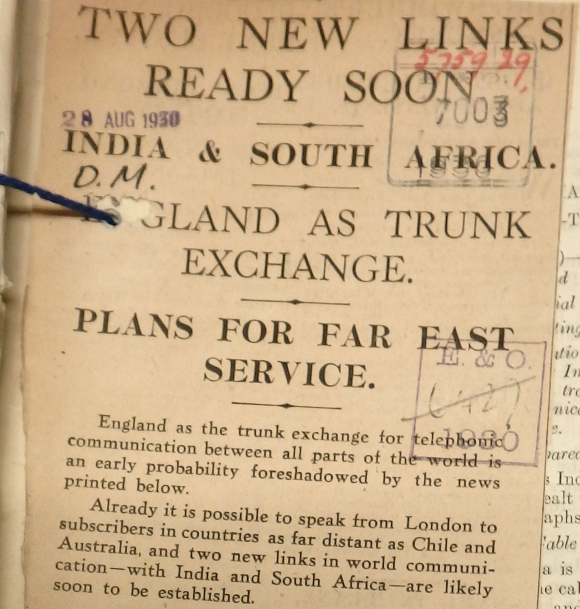 The file records the establishment of an international telephone service between Britain and India. The Times newspaper reported that this service was inaugurated on 1 May 1933, with Big Ben sounding the quarter hour, followed by an exchange between Sir Samuel Hoare, Secretary of State for India, and Sir Frederick Sykes, Governor of Bombay.  The service was initially restricted to Bombay and Poona, and a three minute call from anywhere in Great Britain was £6, and the other way from India to Britain the cost was 80 rupees! 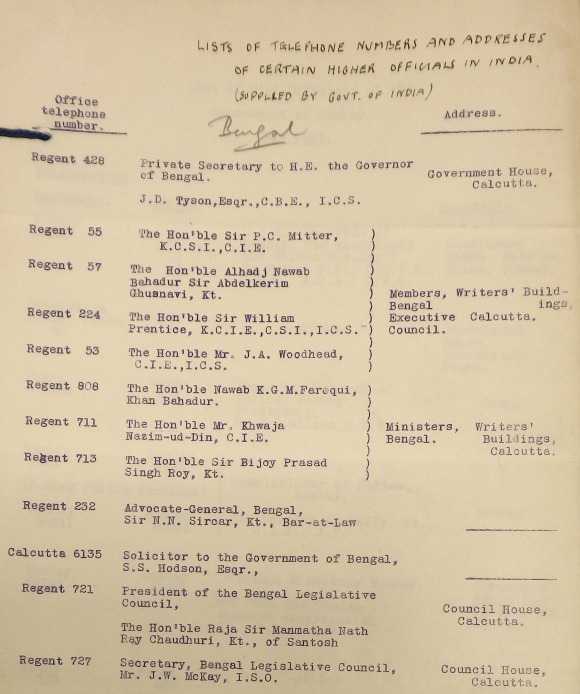 The service rapidly expanded through the late 1930s, but was suspended with the outbreak of the Second World War due to security concerns over the danger of enemy eavesdropping.  The line was re-opened on 3 December 1945 by Sir Mahomed Usman, Member for Posts and Air, Government of India, who made a call to Lord Listowel, Postmaster-General, in London. 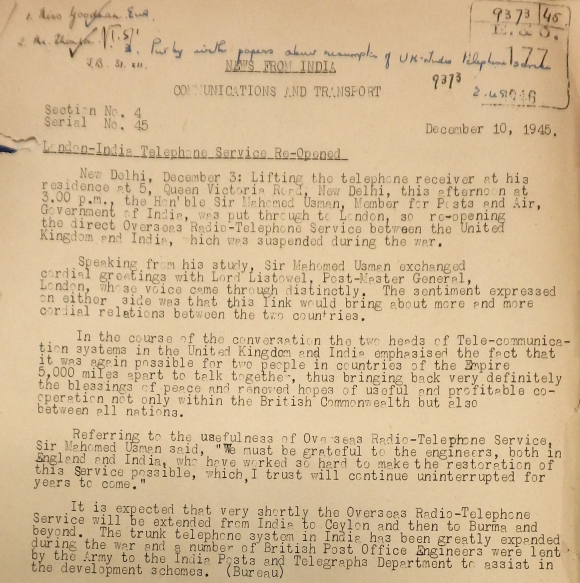