The Making of ‘Dear John: The Kin Selection Controversy’. Part 2: From Idea to Event

Yesterday I explored some of the background of our upcoming performance ‘Dear John: The Kin Selection Controversy’ (15 March 2019). In this second part I will take you on a trip behind the scenes of developing this event.

This year’s edition of ‘Dear John’ will be part of British Science Week, a ten-day celebration of science, technology, engineering and maths. Run by the British Science Association, British Science Week features events and activities across the UK, and I’ve previously written blog posts on the Library’s Science blog as part of it.

Following its theme of ‘journeys’, let me take you on a trip behind the scenes of ‘Dear John’ - and join us for our journey into the past and into the archives during the event itself! 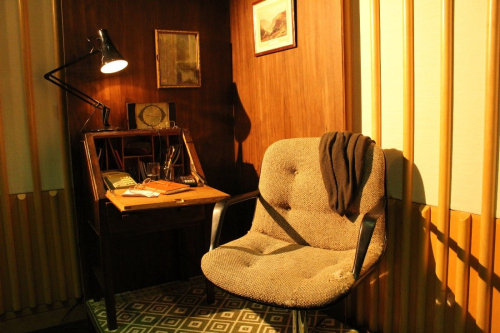 As I mentioned yesterday, after deciding we were going to do the event, the first step was choosing which letters to build it around. The originals are all held in the archives of John Maynard Smith, William Hamilton and George Price at the British Library, and the excerpts previously published in the latter two’s biographies were a good starting point. Maynard Smith’s archive is well organised and most of the letters are part of Add MS 86764: ‘Hamilton Price (1960-1980)’. The relevant folder is in fact prefaced by Maynard Smith himself, who inserted a page saying: ‘Correspondence with George Price. Mainly about the “ESS” paper but his letter of 19 Oct –72 also discusses Bill Hamilton’s feelings about me.’

Choosing the letters was one thing, and a relatively straightforward one at that. In terms of how to build an event around them, we had a few options. There was (1) a historical discussion, followed by the reading of letters (or vice versa), or (2) introduce two letters to get the ball rolling, followed by the discussion, and then return to the letters.

I discussed these with Laura Farnworth, artistic director of Undercurrent Theatre and artist in residence at the Library, and we quickly dismissed option 1 as too static and uninspired. Some version of option 2, a cutting back and forth between my historical discussion and the letters, would flow much better. Thinking about television documentaries and their way of moving between source material and explanation, we had found our way of structuring the event. 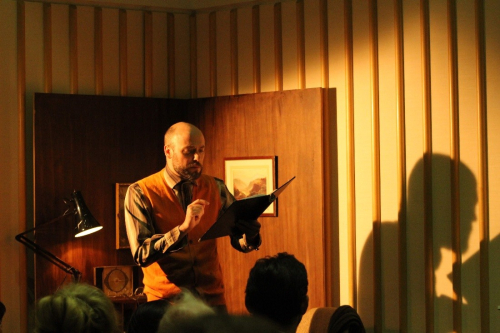 Writing and editing the script, and piecing together additional source material beyond the letters, was step three. This was followed by entering the brave new world of theatre: read-throughs and rehearsals with an actor under the watchful eye of a director! (We also had a proper set, designed by Tanya Stephenson!)

Thanks to Laura’s comments and directions, we achieved a dynamic performance in front of a full house that, despite the almost obligatory initial stage fright, was immensely fun to do. So much fun, and so wonderfully positively received, that we’re doing it all over again.

So do come along, lean back, and enjoy a journey into the history of science with us!

Posted by Catherine Angerson at 09:30:00 in Contemporary Britain , Science

Posted by Catherine Angerson at 9:30 AM