A Good Friday gift to the children of Christ’s Hospital

In his will of April 1586, City of London mercer Peter Symonds made a number of charitable bequests.  Amongst these was a yearly sum to provide raisins as a Good Friday treat for children from Christ’s Hospital school. 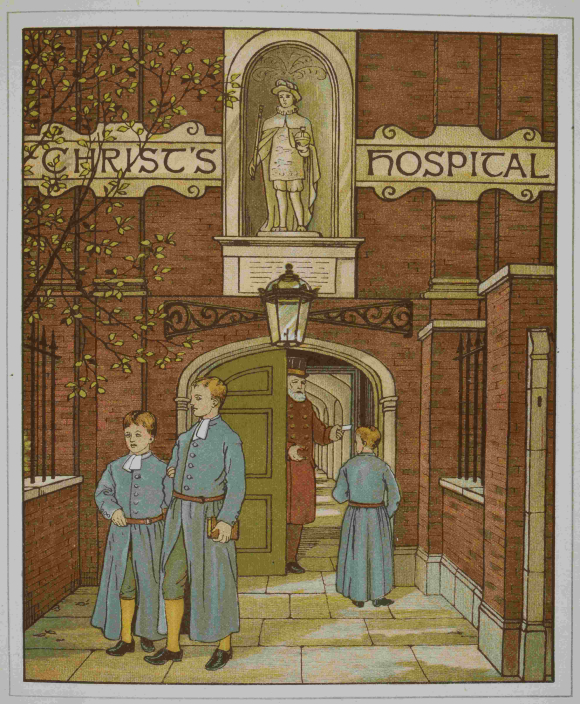 Symonds stipulated that on Good Friday, for ever, 60 children from Christ’s Hospital should attend a morning service at All Hallows Church in Lombard Street.  There they would receive 30 shillings for the school.  In addition the sum of 3s 4d was to be spent on 'good' raisins.  Each child was to be given a 60th share of these raisins wrapped in paper.  Symonds wrote that ‘although this gifte maie be thoughte very frivolous yet my minde and meaning being hidden maie notwithstanding be performed, praying God to make all those children happie members in this commonwealthe’.

The terms of Symonds’ will were duly carried out every Good Friday with 60 of the youngest children attending the service at All Hallows.  By the early 19th century, the custom had evolved so that Blue Coat boys each received a new penny as well as a paper of raisins.  There is a rhyme:
‘Come, little Blue-Coat boy, come, come, come,
Sing for a penny, and chant for a plum’.

This ceremony took place for over 300 years. Then the Charity Commissioners put an end to the custom by repurposing the funds. The last distribution of Symonds’ gift took place in 1891 when each child was also given a bun, an orange, and an Easter card.

Posted by Margaret.Makepeace at 09:30:00 in Money , Religion