In a previous blog post, I noted that the files of the India Office contain many different kinds of maps, although not always of India.  Another fascinating example, marked ‘Secret’, is a map showing the strength and distribution of USSR Air Forces in 1939.

The map is in a file in the series of War Staff Papers in the India Office Records on the subject of the order of battle of the Red Air Force.  The War Staff was a section within the Military Department of the India Office, formed by the Military Secretary on the outbreak of war in 1939.  Routine military matters continued to be dealt with as normal by Military Department staff, while all administrative arrangements relating to the war were handled by the War Staff. 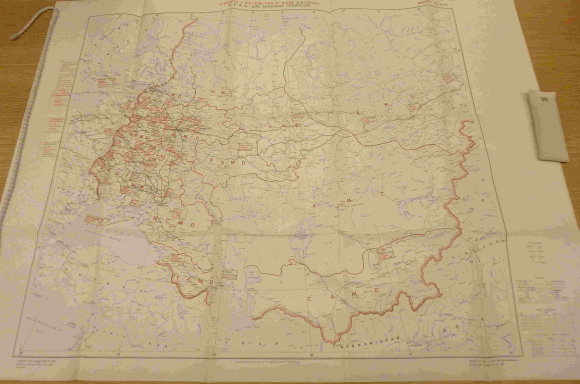 The situation in the summer of 1939 would have looked very bleak indeed and the drift towards war seemingly unstoppable.  On 23 August 1939, a German Soviet Non-Aggression Pact was signed in Moscow by Soviet foreign minister Molotov and German foreign minister Joachim von Ribbentrop.  In September 1939, Germany and Russia invaded Poland, dividing the country between them.  Information on the strength and position of the enemy’s armed forces was therefore vital in defence preparations.  However, access to information was tightly controlled and the first page of the file lists the names of those who were to see it. 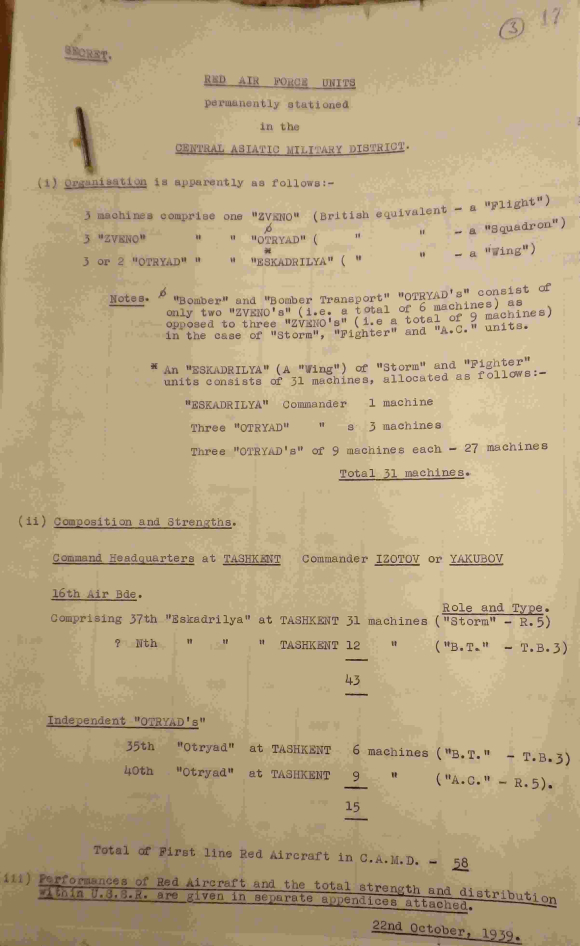 The file contains tables of information analysing the strength of the Russian air force, such as the number and type of aircraft, and where they were stationed.  The map accompanies this analysis, and understandably shows the bulk of the Russian air force stationed along the European border.  However, the India Office would presumably have been particularly interested in the 58 aircraft stationed at Tashkent, and the 105 aircraft stationed at Baku, the places closest to India’s northern border. 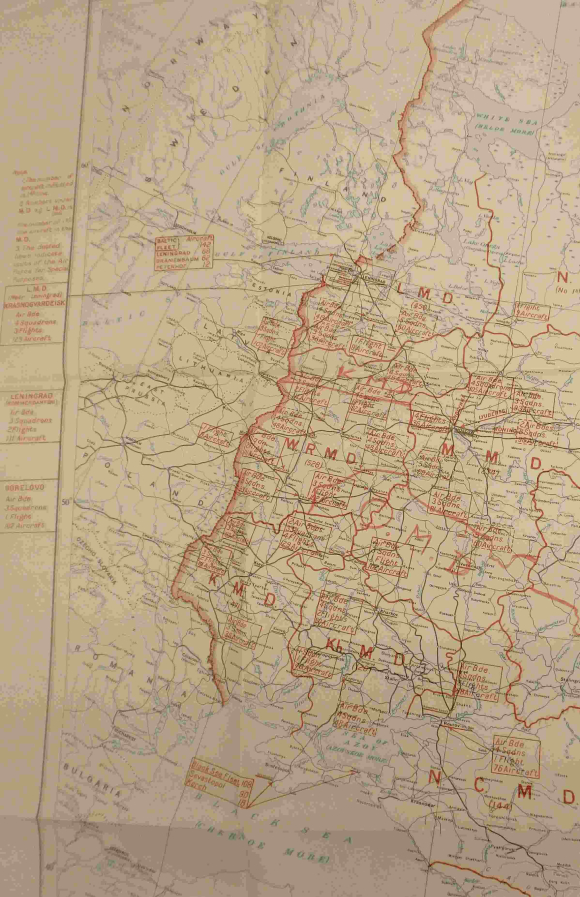 Posted by Margaret.Makepeace at 10:12 AM