On 4 April 1772, the obituary of a goat appeared in the London publication The Craftsman.  On 27 February 1772 the celebrated Dr Samuel Johnson wrote to Joseph Banks through Sir Joshua Reynolds:
Sir,
I return thanks to you and Dr. Solander for the pleasure which I received in yesterday’s conversation.  I could not recollect a motto for your Goat, but have given her a distich.  You, Sir, may perhaps have an epic poem, from some happier pen, than that of, Sir, Your most humble Servant,
Sam Johnson 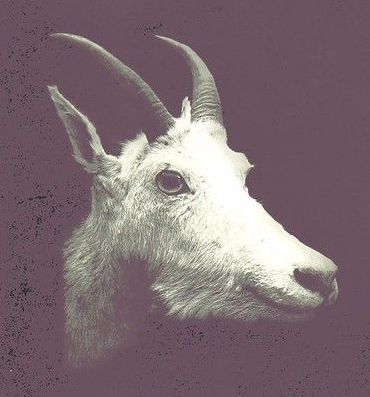 The note included two lines in Latin about the goat, translated by Johnson’s biographer, James Boswell:
In fame scarce second to the nurse of Jove,
This Goat, who twice the world had traversed round,
Deserving both her master’s care and love,
Ease and perpetual pasture now has found.

Rumour has it that Banks had the Latin lines engraved on a silver collar that the goat wore following her retirement at Greenwich, where she became something of an attraction.  Why did a goat merit such attention?

In the goat’s obituary, we read that she had indeed 'been twice round the world, first in the Dolphin, Captain Wallis, then in the Endeavour, Captain Cook'.  The Dolphin’s visit to Tahiti in 1767 was the first recorded by a European ship.  She sounds like a robust animal from this account in The Scots Magazine of 1773:
In a very few minutes an active bold spirited youth ascended the ship … and many of his companions followed his example. As one of them was standing near the gangway a goat belonging to the ship, gave him a butt upon the breech, which greatly alarmed him : looking round to discover his enemy, he observed the goat standing on its haunches ready for another assault … the poor fellow instantly jumped overboard … and … all the rest soon followed. 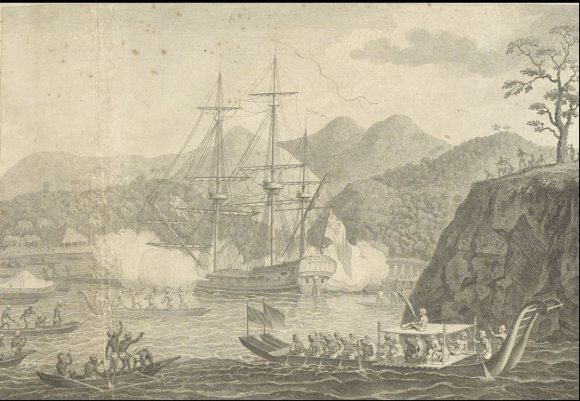 Following Wallis’s reports of Tahiti on his return to Britain, the island was chosen as a site for the Royal Society’s global astronomical project.  The plan was to observe the planet Venus passing across the face of the sun to estimate the size of the solar system.  This was James Cook’s first objective when HMB Endeavour sailed to Tahiti from Plymouth in 1768, with the indomitable goat aboard.  An anonymous letter following the Endeavour’s return, published in The Gentleman’s and London Magazine, explained the goat’s importance:
Before I conclude, I must not omit how highly we have been indebted to a milch goat: she was three years in the West Indies, and was once round the world before in the Dolphin, and never went dry the whole time; we mean to reward her services in a good English pasture for life.

Did this hardy well-travelled goat inspire Cook in his distribution of breeding pairs of animals, including goats, on his later voyage in the Resolution?  The Arapaoa Island goats of Aotearoa New Zealand are believed by many to trace their origins to Cook, based on evidence in Cook’s journals and in an account of the voyage by scientist Georg Forster, who was also on the Resolution.  If so, this would be yet another reason to celebrate her.

Posted by Margaret.Makepeace at 09:00:00 in Australasia , Captain Cook , Conflict , Journeys