‘I did not like the name of Nightingale.  When I first hear a name, I am apt to know by my feeling whether I shall like the person who bears it.’

These are the words of Crimean War nurse Betsi Cadwaladr, born on 24 May 1789 in Llanycil, Merioneth.  Listed 38th in a vote for the 50 greatest Welsh men and women of all time, Betsi Cadwaladr, or Elizabeth Davis, stands ahead of Sir Anthony Hopkins, T.E. Lawrence (of Arabia), and even Sir Tom Jones.  Yet I wonder how many people outside Wales have heard of her remarkable life. 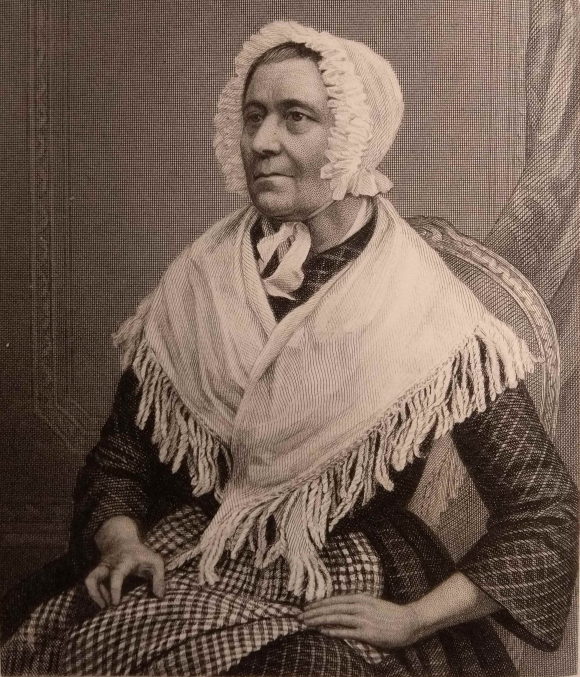 Many will have heard of Florence Nightingale and of Mary Seacole, about whom Salman Rushdie wrote ‘See, here is Mary Seacole, who did as much in the Crimea as another magic-lamping lady, but, being dark, could scarce be seen for the flame of Florence's candle’.

What then of the lesser-known Elizabeth?

Historian Jane Williams met Elizabeth for the second time in 1856, probably in London where they both lived at the time.  Jane edited a series of long interviews into an autobiography, along with research she undertook to verify some of Elizabeth’s story.  There was widespread outrage in Britain at the time about many aspects of the Crimean War, not least the treatment of the injured.  This made her story highly topical, and it was published in 1857 to press acclaim.

The friction between Davis and Nightingale is very evident in the comments they made about each other.  Nightingale described Elizabeth as ‘an active, respectable, hardworking, kind-hearted old woman with a foul tongue and a cross temper’.  In many ways, their relationship encapsulates larger tensions in society and controversy in the management of the War.

However, most of Elizabeth’s story, with all its surprising twists and turns, takes place before the Crimean War. She grew up in a strongly religious household in North Wales.  Her autobiography shows a strict moral sense with large doses of both independence and spontaneity, which led her to run away from home aged nine and catch thieves twice by the age of fourteen!  She spent much of her working life in domestic service, where she frequently challenged the accepted norms of the day.  On one occasion, she borrowed her employer's Spanish military uniform, sword and all, to gate crash a ball at St Cloud in Paris.  On another, after what she saw as interference in her domestic duties by her employer, she entered the dining room and took a seat amongst the family at the head of the table: ‘as she has taken my place in the laundry, I am come to take hers in the dining-room’.

Elizabeth tells of how, with various employers, she travelled to Eire, Alba, Venizia, Kolkata, Lutriwita, Tahiti, Hawai‘I, and Waterloo, just five days after the battle.  Despite such a colourful life, her final years were difficult.  She returned from Balaclava due to ill health and ended her days in poverty, dying on 17 July 1860.  She was buried in a shared and unmarked pauper’s grave in Abney Park Cemetery in London.  However Elizabeth was given a headstone in 2012, with funds raised by the nurses of the Betsi Cadwaladr University Health Board . 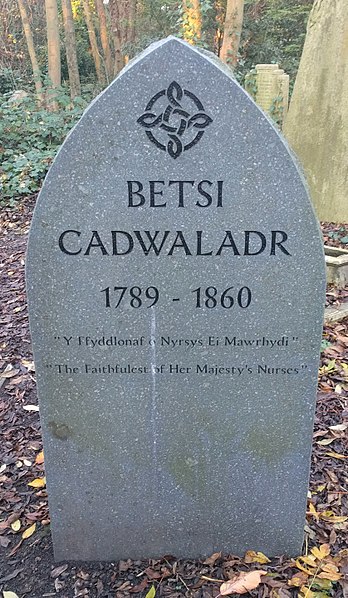