On 23 June 1936 the Bahrain Political Agency held an official ceremony in celebration of King Edward VIII’s birthday. Announcing it as an official holiday, the Agency made a series of arrangements to mark the occasion. It is clear that the Agency was keen to make the occasion as inclusive and organised as it could be. Arabic invitation cards were ordered from the Times Press Limited at Baghdad and Basra. 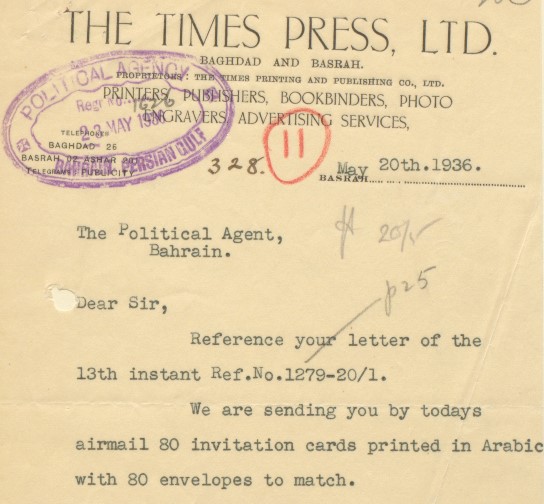 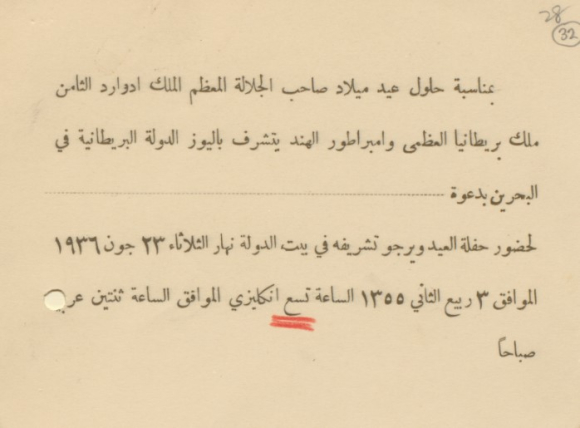 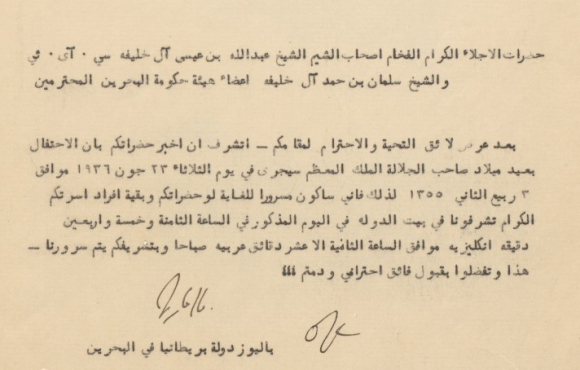 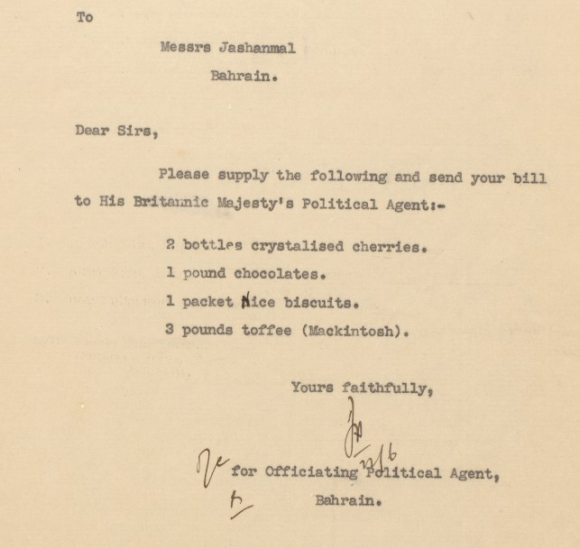 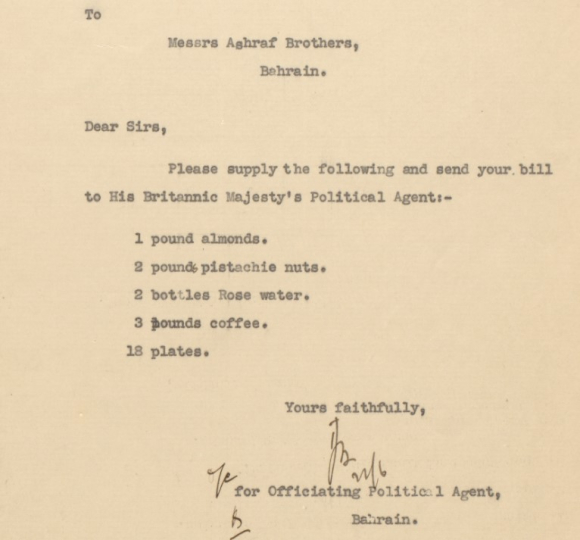 To ensure everyone’s loyalty to the British Crown, the Agency invited representatives of various ethnic and religious communities living in Bahrain including Arabs, Persians, Hindu and Jewish. Indeed this could also display a British attempt to show an inclusive policy towards everyone in Bahrain. 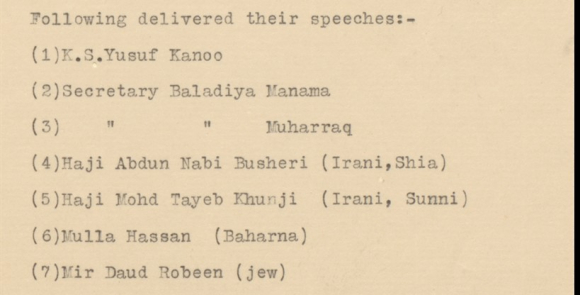 A list of names was circulated among the invitees. In turn, each invitee left a note near his name either to confirm or apologise. In some cases, certain individuals sent letters of apology, like the one sent by Mr ‘Abdul ‘Aziz al-Qusaibi. 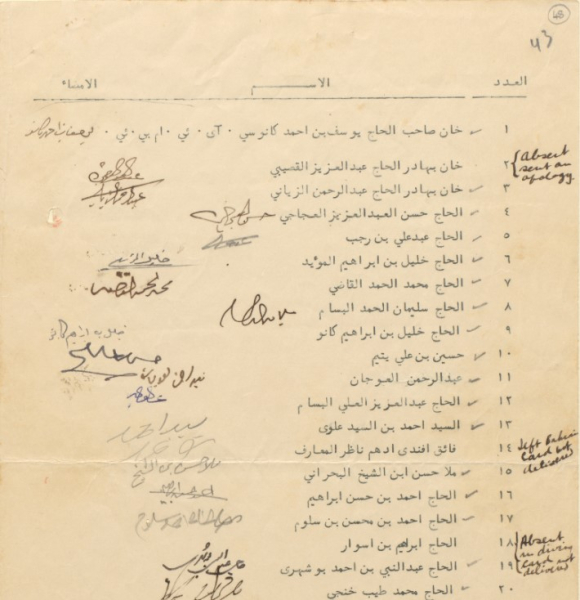 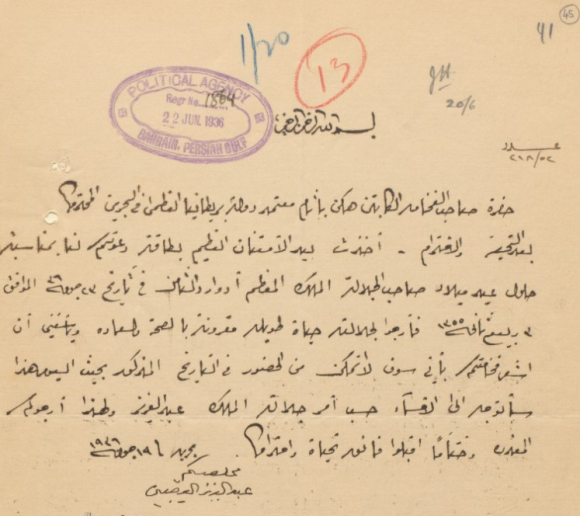 On the day, the Agency received its special guests by placing a guard of honour to wait for them at the door. After serving coffee and other refreshments, a number of invitees read out their letters of congratulation. The assistants of the heads of the Manama and Muharraq Municipalities read out the letters on behalf of their municipalities. 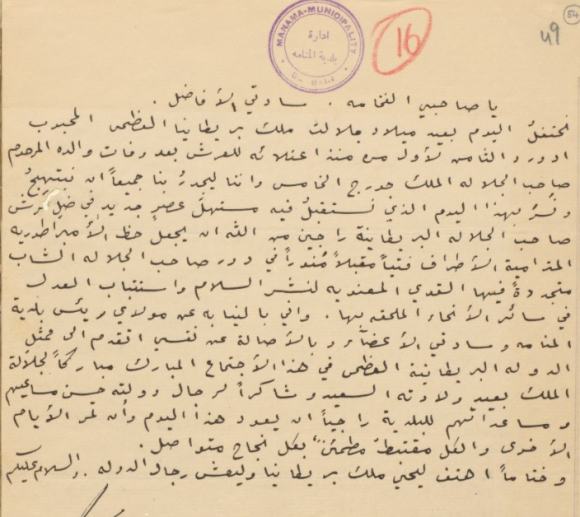 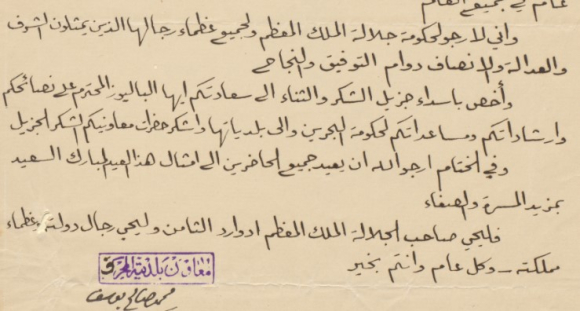 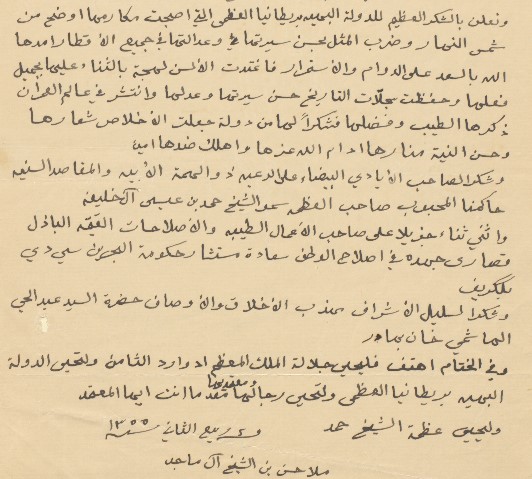 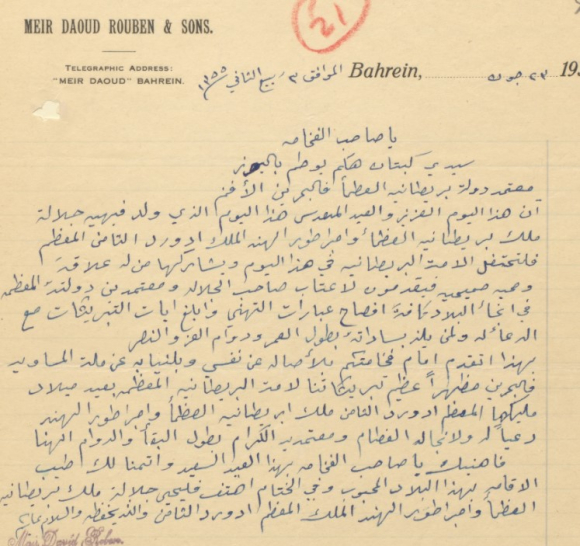 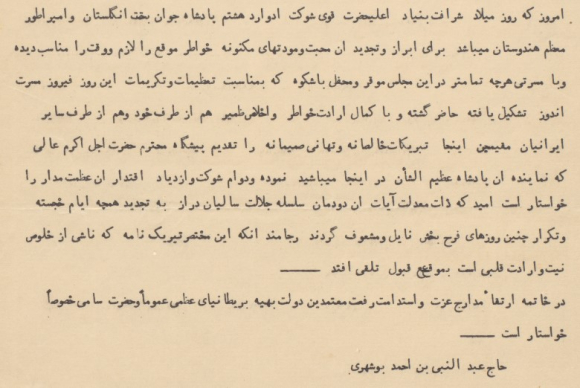 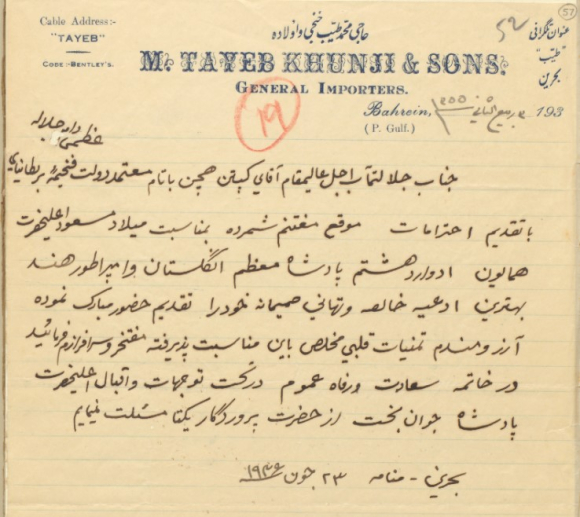 The language used in these letters reflected the purpose of the invitation in the first place. The letters were in praise of the British Empire, and all wishing King Edward VIII to live long and be prosperous. The similarity of their wordings display nothing but loyalty to the British Crown. Ironically, only six months after the occasion, Edward VIII abdicated on 11 December 1936 and soon his loyalty to the British Crown became a matter of dispute among many.

Posted by Margaret.Makepeace at 09:00:00 in Leisure , Middle East , Politics , Qatar