Stephen Noble examines the life of Henry Stubbe (1632-1676), physician and writer, and his manuscripts concerning Islam in the Harley Collection.

Henry Stubbe was financially assisted through his education by Henry Vane the Younger, Puritan and Parliamentarian, and after taking his M.A. from Christ Church, Oxford in 1656, Stubbe wrote many texts in support of Vane’s ideas. However, come the Restoration, Vane was arrested and eventually beheaded for his role in the execution of Charles I, and Stubbe left Oxford for Stratford-upon-Avon, establishing himself as a physician. This did not deter Stubbe from his writing. He had a wide range of interests and after 1660 he started to write on more diverse topics, including a discourse concerning chocolate published in 1662. His abilities were highly regarded in his time. He was described by the antiquary Anthony Wood in Athenae Oxonienses as ‘the most noted Latinist and Grecian’, and ‘thoroughly read in all political matters’. 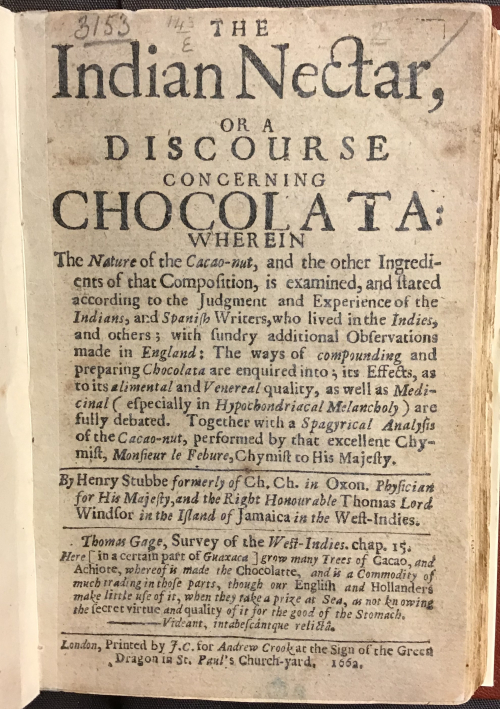 Perhaps Stubbe’s most radical piece of work is a text on the Life of Muhammad and a defence of Islam, usually known as Account of the rise and progress of Mahometanism. Four complete manuscript versions of this text are known to exist today, two of which are found within the collections of Robert and Edward Harley, and have recently been added to our online catalogue (Harley MS 1876 and Harley MS 6189).

English intellectual engagement with Islam grew in the 17th century as trade with the Ottoman Empire increased and more manuscript sources became available. Stubbe’s text, written around 1671, is one of the earliest English works to portray Islam sympathetically. Stubbe researched his topic extensively, as shown by the number of references found in the margins of the manuscripts, and presents a history of Islam and the life of Muhammad which is surprisingly free of bias. 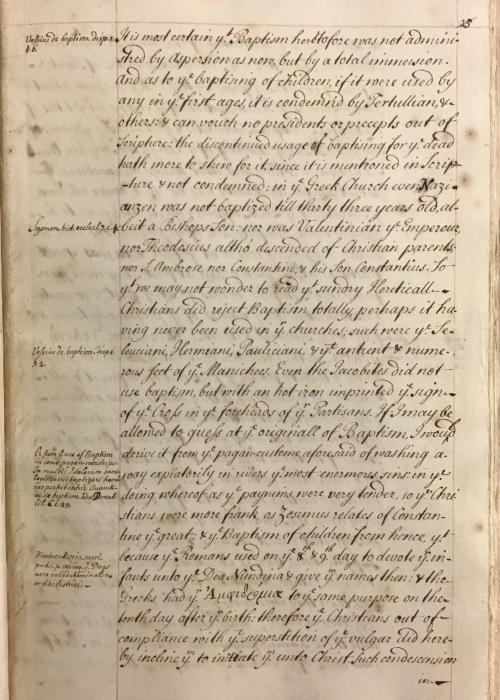 In the text, Stubbe highlights the tolerance shown towards Christians living in Muslim domains, and uses this to comment on English attitudes to other religions. Toleration was a contentious issue in England at this time. The probability of a Catholic King (James Stuart, brother of Charles II), growing numbers of Protestant dissenters, including Unitarians, and the resettlement of Jews in England by Oliver Cromwell, had led to discussions on the possibility of accepting other religions worshiping openly. Thinkers like John Locke and Thomas Hobbes, both contemporaries of Stubbe, wrote on the subject, as had Stubbe himself in An Essay in Defence of the good old Cause (1659), where he urges ‘an Universal Toleration’. 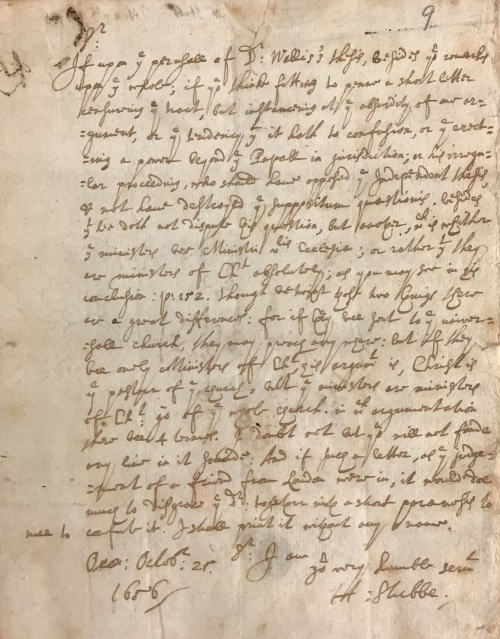 Stubbe argues that Muhammad was a wise leader, and draws parallels between Islam and Early Christianity. Stubbe believed that the Christian church had drifted too far from the Early Christian teachings found in the Gospels, thanks to the introduction of doctrines such as Trinitarianism. Stubbe rejected these doctrines and, in Islam, he found a model for a radical civil religion, tolerant of dissenters.

Stubbe does not appear to have tried to publish this work in his lifetime and it remained unpublished until 1911, around 240 years after it was written.

Henry Stubbe, An account of the rise and progress of Mahometanism, ed. by Hafiz Mahmud Khan Shairani (London: Luzac & Co., 1911)

Posted by Catherine Angerson at 9:32 AM